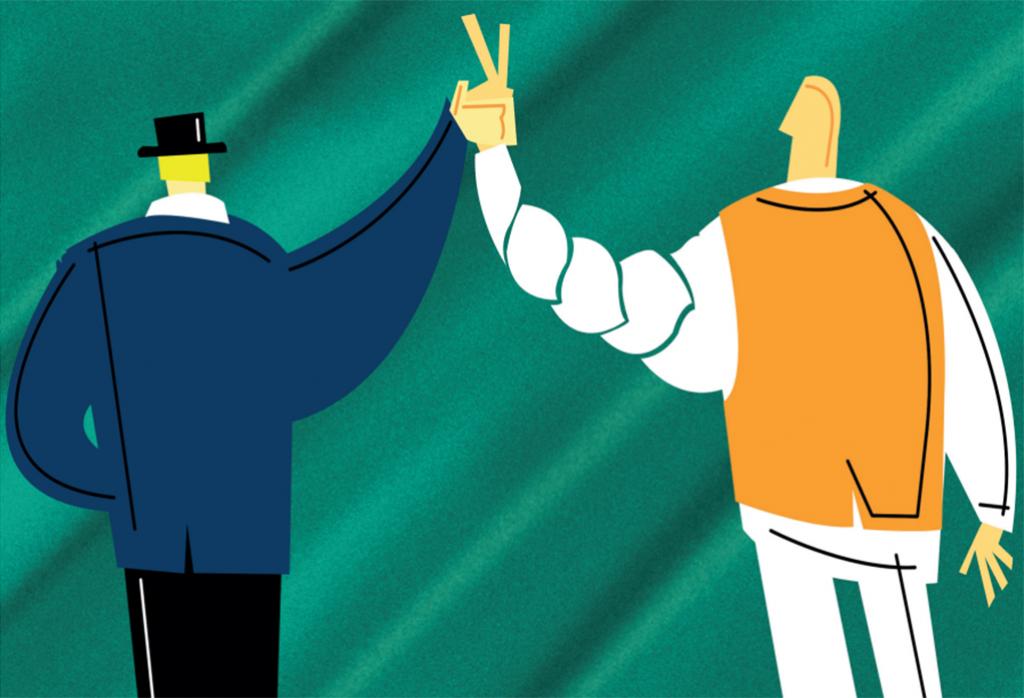 For sheer bombast it would be hard to beat Piyush Goyal’s claims on the outcome of the World Trade Organization (WTO)’s 12th ministerial conference (MC12) in Geneva.

According to the Union Minister of Commerce & Industry, India saved the day for the world and WTO by taking the lead on the negotiations and “ensured benefit for the world’s masses.” By being at the centre of the conference, “it turned the tide of negotiations from full failure, gloom and doom to optimism, enthusiasm and consensus-based decision,” he said.

No other country among the 164 members of the apex trade body made such an embarrassing claim; the only other cry of triumph has come from WTO’s director-general Ngozi Okonjo-Iweala, who hustled countries into accepting compromises.

Goyal, of course, was grandstanding for the domestic audience. From claiming that under the constant guidance of Prime Minister Narendra Modi, India had been 100 per cent successful in portraying the priority issues for the developing world to boasting that the country could no longer be arm-twisted, it appeared that MC12 was an incredible victory of New Delhi’s strategy.

It is telling, however, that Goyal lists the achievement on the critical waiver of WTO’s Agreement on Trade-Related Aspects of Intellectual Property Rights (TRIPS), a key demand of India along with South Africa and a host of other developing countries, almost at the bottom.

This is because New Delhi has been forced to accept a heavily watered down offer by the developed countries that bears very little resemblance to the original proposal it made in October 2020. New Delhi has been insisting that its more comprehensive proposal was vital for developing countries to fight the pandemic, but a handful of rich nations have opposed it.

For India, the outcome has been a reality check on what is possible at WTO, where the lobbies of the powerful continue to dictate decisions.

Goyal had said just before MC12 that it is of paramount importance for India to commence negotiations on therapeutics and diagnostics. He had also made it clear that many of the conditions laid down in the draft agreement were not acceptable.

India’s contention is that vaccines are no longer in short supply as sufficient and affordable stocks are available across the world. It has therefore been arguing that WTO members should redouble their efforts and commence talks on therapeutics and diagnostics in tandem with the vaccine issue, since the pandemic is far from over, particularly in the poorest countries. That has not happened.

Instead, after heavily contested negotiations, members agreed on a deal that removes patent barriers around COVID-19 vaccines for just five years, and postpones discussions on extending the waiver to therapeutics and diagnostics by six months. The deal allows low- and middle-income countries (LMIC) to temporarily bypass patent protections on vaccines that can be manufactured for domestic use or export.

But a crucial demand in the original proposal for waiver of protection on trade secrets, copyrights, and industrial designs were ignored altogether. The new deal actually offers little that is worth celebrating, especially as a response to a global health emergency. The exemptions it provides are already available under existing WTO rules, and all it does is simplify some of the notification requirements.

In fact, the agreement that was struck on June 17 undermines some of the current flexibilities of the trips agreement available to all countries; it limits export eligibility to just lmics. The spin is making these flexibilities look like new concessions. Many developing countries appear to have taken the bait, since they have welcomed the deal. 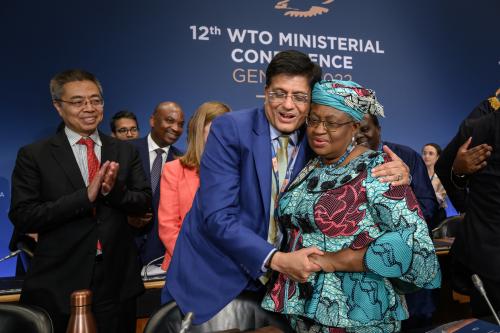 A cheerleader of the deal is Okonjo-Iweala, who has been quoted saying:

It’s really exciting now to go to those factories that are starting to set up all over the developing world and start to work with them about how this will actually be made real.

Many public health experts do not share her breezy optimism because of the many restrictions pushed by the European Union, the United States, United Kingdom and Switzerland, all of whom are in thrall to Big Pharma, in particular to those companies that have been successful in developing new-age COVID-19 vaccines.

While Goyal might pretend that the outcome of MC12 is all to the good and was on account of India’s new-found global clout, a more honest narrative emerges from his address to the co-sponsors of the waiver proposal on June 14, when he spoke of the hypocrisy of rich nations and the pressures they were mounting.

He was categorical then that the five-year waiver was not practical. His blunt assessment was that “not a single factory, not one” will ever come up with such a deal.

The reason was simple: The five-year waiver was too short a period to tap investors, raise funds, draw up plans, get equipment and set up a plant. That would take around three years.

Once production started, there was the reminder that within two years, producers would have to bring down exports to the normal compulsory license level. As a result, capacity will remain idle. So how would new plants find investors?

Making a passionate pitch for a holistic solution that includes therapeutic and diagnostics to fight the pandemic, India had urged the co-sponsors to hold firm and not to yield to pressure. But yield they did, and what developing countries have secured is a sad deal after two years of negotiation.

It would be less embarrassing if India did not make claims that blow up in its face. WTO is a rough place for developing countries, where arm-twisting is the practised sport of powerful nations and blocs. Goyal should know this by now.

If India is still able to safeguard its food security requirements, it is only due to the peace clause the Group of 33 developing countries was able to wrest at Bali in 2013. It still protects India from being challenged at WTO. It came through solidarity, and not because of any prime ministerial directive from New Delhi.