Extreme weather, lockdown & a lack of jobs mean an increased struggle for livelihood 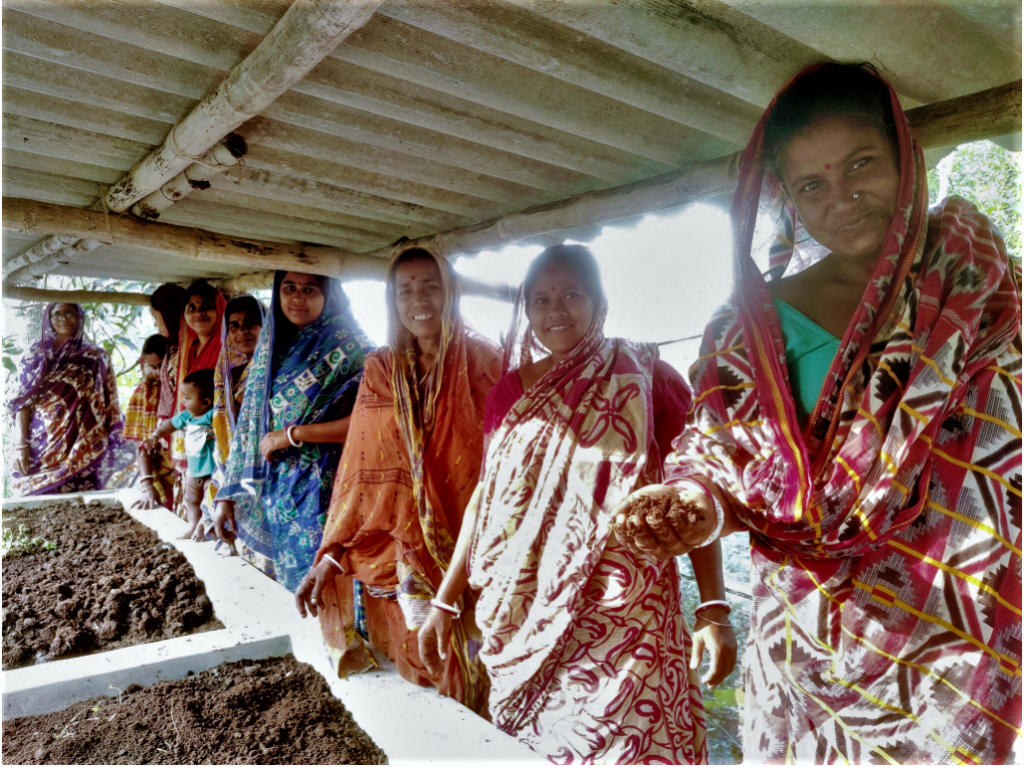 All three of our daughters have graduated from college but there are no jobs. My youngest daughter is a beautician with a degree in Geography. She is also a part-time tailor

- Reena Naskar, Maipit, a coastal village that overlooks the increasingly sparse mangrove forests of the Sunderbans.

Naskar and her husband lived in Delhi for seven years where she worked as a domestic help to earn enough for the education of their girls. “We were forced to migrate because there was no work here. We were very helpless at the time. We are home now because we lost work during the pandemic. On top of that the cyclones have taken away the little we have. Our SHGs small pickle-making business has raised our hopes of an additional income,” she said.

Oxfam India provided initial relief after Cyclone Amphan ravaged the Sunderbans in May 2020, right in the middle of a lockdown induced by the COVID-19 pandemic.

Almost a year down the line, the livelihood intervention has translated in to immediate and modest relief from unemployment and poverty in the middle of a global pandemic. It has also given lasting hopes of both financial independence and collective empowerment for women.

Susmita Jana of the Banhishikha group hopes to be able to expand their bori-making business. “Right now, access to the urban market is our biggest problem. Almost every family in the neighborhood makes their own bori. They don’t need our bori for their daily needs. And those who need large amounts buy factory-made goods.”

Some of the women are only relatively well off to be able to work on their own land and cattle stock, while others tend to their own homes and spend the rest of the day as daily wage labor on other people’s land. Pratima Halder of the Matribhumi group is employed by five to six landowners per week. Widowed a year back, Halder works relentlessly to see her son through school. Halder along with 10 other women are making vermicompost.

Pratima Das, whose group is farming goats says, “We get together and discuss how we can improve the health and diet of the cattle. We don’t have enough land to grow green fodder crops that the animals need, and in monsoon, it becomes particularly difficult to find dry fodder. A few months back we received training in growing hydroponics fodder for the goat. It has been a feasible solution to the dearth of land, and irrespective of the near-constant rains, it is a very nutritious source of fodder for the goats.”

A large part of the male population of Sunderbans is migrant workers in the faraway states of Kerala, Tamil Nadu, Maharashtra, and the Andamans. The wounds of the crisis that they were subjected to by the unplanned lockdown are still raw. Many don’t have work to return to. And the consecutive cyclones have destroyed the little they had at home.

These small businesses hold the potential for financial empowerment not only for women but also for their families. They have become an occasion for education, empowerment, and community. And to reimagine their aspirations where women play a more autonomous role.

Ria De is an independent journalist. She works with Dalit Camera & writes on issues of caste & gender. This article is part of an Oxfam India assignment.