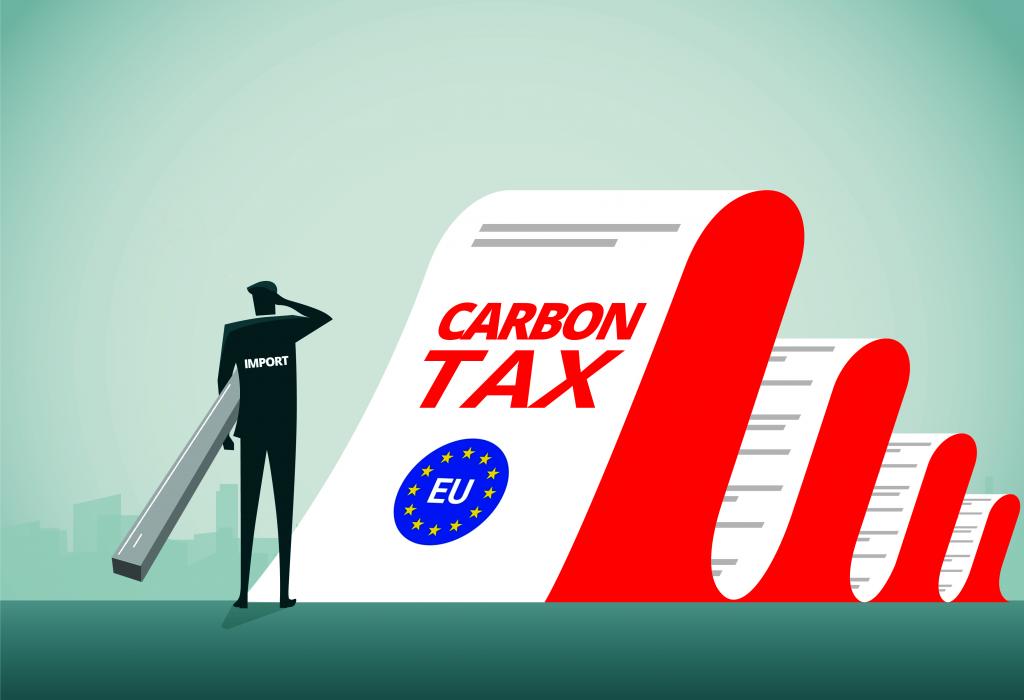 Should India oppose the European Union’s plan for a carbon border tax — duty on imported goods like aluminum, steel, cement and electricity from countries with less stringent greenhouse gas standards? The answer is both yes and no.

Let me explain the complexity, as global trade is critically linked to GHG emissions. EU’s move is purported to pressure other countries to impose similar taxation and thereby reduce emissions.

But the question is if this plan — which reeks of protectionism in an increasingly inequitable world — will take us towards a more cooperative world required to combat climate change.

In the early 1990s. when world leaders came together to discuss and then sign the Framework Convention on Climate Change, they recognised ecological globalisation. It was understood that the emissions would add to the warming of the planet and inevitably lead to catastrophic weather changes that knew no borders. It was understood that carbon dioxide is a long-lived gas — it lasts over centuries in the atmosphere. And therefore, what was emitted, say, in the 1880s — at the start of the industrial revolution — was still in the atmosphere and would “force” the temperatures to rise.

I am repeating this well-known fact to reiterate that ecological globalisation required countries to act together and to act differentially — equity was understood to be at the core of the climate change conundrum. It was not a moral question, but an imperative. If rich countries emitted in the past, poor countries for their development would emit in the future.

But this was also the time when the world was busy signing free-trade agreements — stitching the economies together so that global trade would be unfettered and flourish. The reason for this furious activity — expressly opposed by many in the developing world, including India — was that the already rich world was finding the cost of production too high in its world. It would be cheaper for its industries to set up shop in parts of the world, like in China, where labour was cheap, labour conditions were weak and environmental safeguards could be ignored.

It worked. Reduced cost of production enabled consumption and economic growth in the rich countries. In the three decades since then, the world has changed dramatically.

Today, China is the biggest exporter; it has overtaken all other countries, including the United States. With economic meltdown in several countries as a result of the pandemic, its share in global trade is only increasing. It is then no surprise that China is also the world’s biggest greenhouse gas emitter — it released 10.35 gigatonnes (Gt) CO2 in 2020, more than double the 5 Gt by next-top polluter US.

In this way the rich parts of the world also “exported” their emissions to the balance sheet of “other” countries — called embedded emissions — and continued to consume goods at cheaper rates. In 2015, an individual in the US consumed 50 per cent more goods and services than in 1990.

The real tragedy is that rich countries did not reduce their emissions. So even as manufacturing moved to “other” countries, their emissions, driven by consumption of goods and electricity, continued to rise. At the same time, the emerging world, China, India, Brazil, Indonesia, Vietnam and all the “other” world exporters saw their emissions rise. This is why we are on the edge of the climate precipice today.

The EU wants to fix this through its carbon border tax. But it is ham-handed at best — deeply divisive and flawed. The fact is that the erstwhile proponents of free trade have changed colours; protectionism is on the rise as they want to manufacture domestically, and the EU is no different.

But today, it’s a different world. The former naysayers are vested in this system. They believe growth happens when they manufacture cheap and export to the world. So, how can this system be reformed through this one clumsy action? It will only add to the distrust between the old and the new producers of goods and emissions.

Then, it is also a fact that the border tax will add to the revenue of the EU — the UN’s Conference on Trade and Development (UNCTAD) estimates that at $44 per tonne, the carbon border adjustment mechanism (CBAM) income, as it is called, will rise by $2.5 billion tonnes in the EU and fall by $5.9 billion for the exporting countries. It will further the inequity; and it won’t go far enough to change the production-consumption pattern and reduce emissions.

The world cannot dodge the question of global trade and consumption anymore. It needs a carbon tax — enough to disincentivise consumption and to make production systems climate friendly. But the monies collected from this tax, including the EU carbon border tax, should be spent in countries worst impacted by climate change. If climate change is a global problem, so must be its resolution. The EU carbon border tax is neither here nor there in the way ahead.