May Day: Strengthen NREGA to compensate for rural losses due to COVID-19

India is already paying a heavy price due to the government’s unpreparedness to deal with the health crisis. The Centre should pull up its socks and be prepared to deal with the economic crisis which will only intensify in the coming months 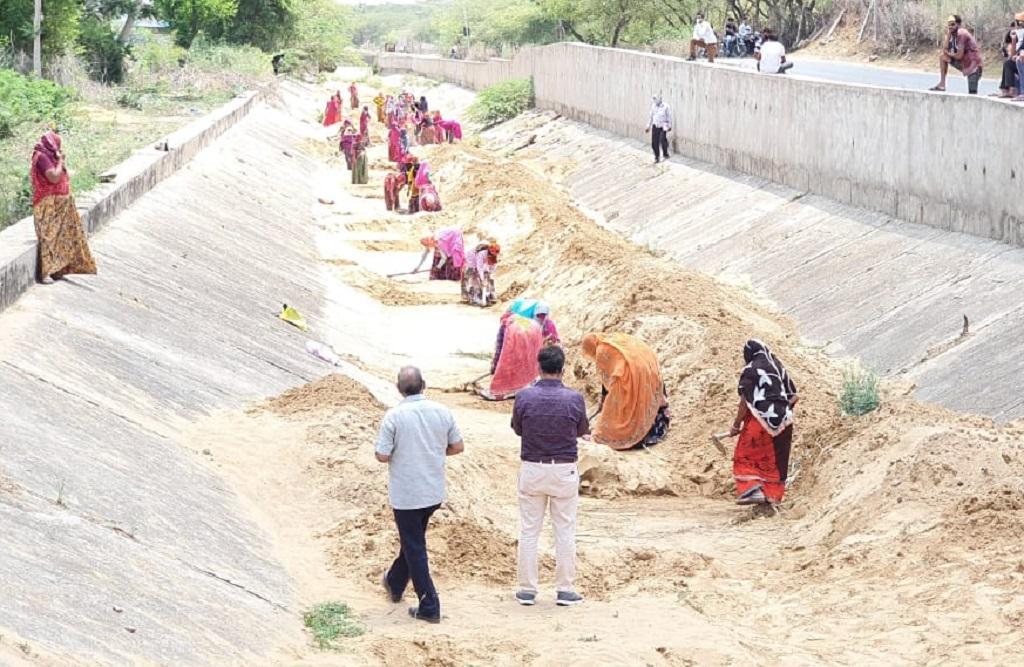 India is currently going through an unprecedented humanitarian crisis that has exposed the country’s health system as well as our economic and administrative capacities to deal with a crisis of this scale.

At this hour of deep crisis, humanitarian relief and rejuvenating the health system by ensuring adequate infrastructure and resources, will have to be the highest priority of the government.

However, it should simultaneously also prepare itself to ensure a long-term plan for sustained rural employment and strong universal social security for the rural residents of India.

Community spread of the virus in rural areas is now a reality. Thus, the immediate requirement will be to ensure access to basic services and security in terms of shelter, food and regular source of income.

In this context, a sustained employment generation plan with dignified income will be key. The National Rural Employment Guarantee Act( NREGA) can play a role in saving many lives and ensuring a dignified life for a significant mass of people.

However, considering that the countrywide lockdown was imposed last year during April and almost negligible NREGA work could be carried out, we must look at the demand figures of 2019-20 to understand the situation better.

Some 21 million households demanded work in the month of April 2019-20, which is about 22 per cent less than this year’s numbers. We must remember here NREGA is currently functioning at almost half of its potential due to lockdown, curfews and medical emergencies in different parts of the country.

While the administration is  mostly addressing the health emergency at the moment, other regular government programmes and specially asset generation projects have been impacted, resulting in low income generating options for the poor.

It is not  a secret anymore that NREGA primarily being a demand-driven employment guarantee programme, has never been run in that spirit. It has always been implemented through a supply-driven contractor-based delivery model in most parts of the country.

This means the demands generally surface when there are adequate number of schemes available in the Gram Panchayats. We hardly ever had a real estimate of the true potential of work demands since the official data only captures demand when it is entered into the system.

The need for work is usually way higher than what the data tells us. In fact, the reality is that, in many parts of the country, there are households that are unaware of the existence of the programme and hence have never sought work under NREGA. In such a scenario, it is evident that the demand for NREGA work is actually way more than what the NREGA management information system shows.

It is also to be noted that 2020-21 has seen a huge spike in NREGA work, specially with the reverse migration taking place due to the countrywide lockdown in the absence of alternative employment opportunities.

The demand for NREGA work has been unprecedented in 2020-21. While more than 1.3 crore new job cards have been made last financial year, about 110 million workers from 75.6 million households have sought and received work under the programme.

Now let us understand this financial year’s estimates and potentials with respect to the numbers achieved in 2019-20 and 2020-21.

The work demand data for April 2021-22 shows that 22 per cent more households have demanded work under NREGA as compared to demands made in April 2019-20. We may ignore the work demand scenario of April 2020-21 here since the programme had come to a halt last year during  the month of April.

Report from many parts of the country say that the reverse migration has again started and will tentatively only increase in the coming two months as the situations worsen and cities impose strict periodic lockdowns and curfews.

The uncertainties pertaining to sustained employment and more than that, the health situations in the cities, have put the securities of workers at stake and thus many workers have made up their minds to go back to their usual places of residence.

This is fuelled due to the fear of health concerns and livelihood uncertainties. Some are moving generally out of concern for their families and loved one’s (women and children who are generally left back home while men migrate to cities for earning) at the villages.

We can easily estimate that the total households demanding NREGA work will be somewhere around 30 per cent more than that of 2019-20. This means about 60 million households are expected to be working under NREGA very early into 2021-22.

Considering the current average employment rate per household of 50 days (This was 51 in 2020-21 and 48 in 2019-20), no less than 300 crore persondays should be allocated as an early estimate, which would mean that at current rate  Rs 268 per day per person, around Rs 80,500 crore is a minimum requirement to start the year with.

Now, let us look at the numbers emerging from  2020-21 and understand the actual requirement for 2021-22. Out of the 75.6 million households, even if 10 million opt out of NREGA this year, the Government of India will have to budget for at least 65 million households in 2021-22.

The Centre should at least budget for 75-80 days of employment per household given the  economic distress that resulted post-lockdown last year. The rural workforce is still struggling to cope with the household-level economic losses and great indebtedness created during that period.

By this rationale, the final allocation should be at least Rs 1,30,000 crore to match the ground requirements and to ensure uninterrupted implementation during the year.

The government should also re-consider their decision of a mere four per cent increase in NREGA wages this year and at least a 10 per cent hike should be announced. This will have an implication of about another Rs 10,000 crore in the budget, with an assumption that 65 million households will need at least 75 days of employment as described above.

The country is already paying a heavy price due to the government’s unpreparedness to deal with the health crisis. The Centre should pull up their socks and be prepared in advance to deal with the economic crisis which will only intensify in the coming times.