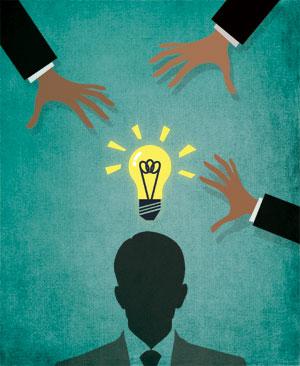 We spend hundreds of crores of rupees on a cleanliness campaign (Swachh Bharat Abhiyan) with celebrity politicians taking up the broom to sweep city streets or filmstars urging rural folk to build more toilets. Prime Minister Narendra Modi sweeping a Delhi street and using a shovel to clean the Ganga at Assi Ghat in Varanasi is reflective of the government’s inability, or more likely its refusal, to look at a problem in its entirety. The lack of sewerage systems across the country and the absence of robust finances for urban garbage disposal are not concerns that appear to have crossed Modi’s mind as he launched these much-advertised programmes. Ditto for the big push on digital payment systems—close to a hundred crore rupees were spent on the ad blitz—when 40 per cent of the country is unbanked and Internet connectivity is a distant prospect for huge swathes of India.

What policymakers fail to factor in is the ecosystem in which grand projects are expected to take off. So it should not come as a surprise that Startup India, too, is faltering. An industry-tracking report reveals that the bulk of companies that hoped to capitalise on the hugely hyped up initiative launched by Modi in January 2016 have failed to make the cut. It turns out that the nodal agency for this programme, the Department of Industrial Policy and Promotion, was forced to reject the applications of 903 of the 1,425 companies because they failed a fundamental test: of being innovative. For the companies based on inventive ideas Startup India offered attractive tax breaks and financial benefits. They would have also got an 80 per cent write-off on the patent registration fee and been allowed to jump the crawling queues for patent registration. Or they needed to furnish patents granted to them by the Patent Office.

To qualify, companies have to show their edge in developing and deploying new products, processes or services driven by technology and intellectual property. Start-ups with an undifferentiated product or service or one that is not a significant improvement over existing ones are excluded.

While some companies complained that they could not find a start-up incubator in their sphere of specialisation to certify them as being innovative, industry sources say the problem is more fundamental: a me-too mentality in which copycat ventures are proliferating recklessly. From grocery supply to homes and eating out apps to fashion e-commerce, there have been too many copycats and with little to differentiate one from the other. As a result, there have been some stunning burnouts. According to industry watchers, the ideas are usually a copy of start-ups that have done well elsewhere, usually in the developed world and little homework is done on how such ventures are likely to fare in the Indian environment.

And there’s been too much hype—from the whizz kids who come up with what they think is a cool idea and venture capitalists recklessly funding them to the media which goes overboard with its reporting of start-ups before they have passed any significant economic test. As a result, hundreds of start-ups folded up because they were imitation ventures that were hard to tell apart.

But there’s some cheer, too. On the Global Innovation Index, put together by WIPO and academic institutions, India has moved to spot 66 last year, several notches higher than the 81 in 2015. It is an index that ranks nations according to their innovation capability, using a host of indicators from education facilities, R&D, and patent filings. China is placed 25th, the only middle- income country in the top 25 list. Apparently, India’s rise in ranking was due to its strengths in tertiary education, software exports, corporate R&D and market sophistication. A pity the start-up brigade has not figured out how to come up with original ideas.