United Nations Environment’s latest report suggests that the Inclusive Wealth Index (IWI), rather than GDP is better suited to capture a nation’s capacity to create and maintain the well-being of its people over time 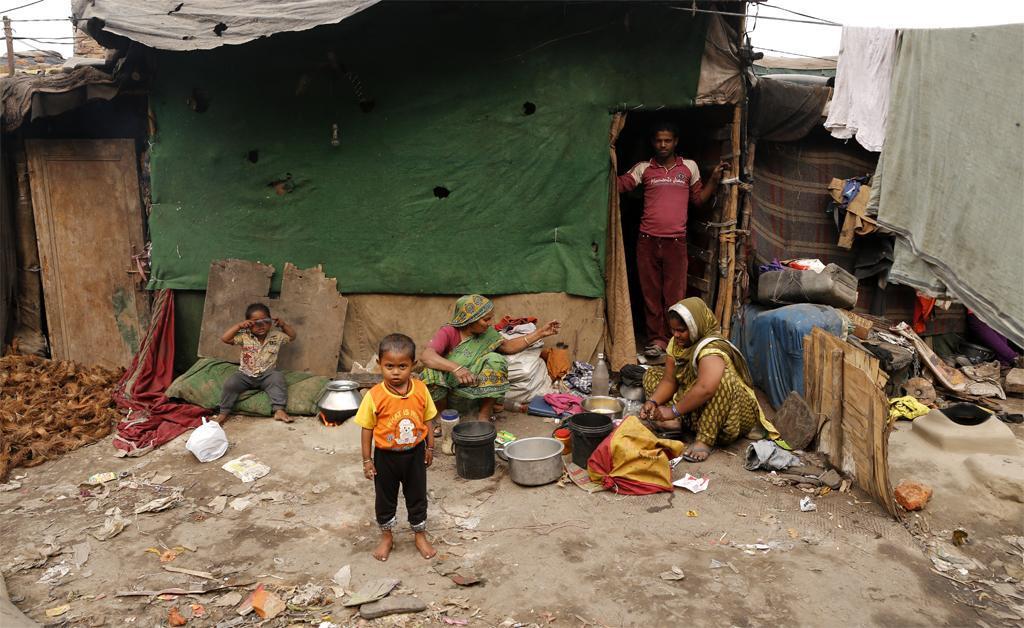 Traditionally, we have relied on Gross Domestic Product (GDP) to measure a country’s economic performance, and more broadly, as a way of anticipating overall well-being. However, GDP has limitations as it fails to account for the stocks of capital that underpin income and thereby says little about the economy’s ability to produce value in the future. Additionally, GDP measures the flow and heavily banks on transaction/exchange price, which is highly unreliable to augur anything for sustainability and human well-being.

The latest scientific report by United Nations (UN) Environment, known as “Inclusive Wealth Report 2018: Measuring Progress Towards Sustainability”, has been authored by over 100 economists from across the world. The Index of 140 countries shows the latest estimates of wealth of nations by aggregating natural, human and produced capital into a league table. This represents an important first step in reconsidering the prominence of GDP as the core economic indicator by defining a new compass for sustainability.

The Inclusive Wealth Report has expanded from its original iteration from 2012 (launched in Rio+20 for 20 countries), to cover 140 countries and to include more indicators of social and natural sustainability. These insights enable countries to make strategic investment decisions and demonstrate the Inclusive Wealth Index’s value as a key indicator for sustainable development, complementing GDP as a measure of economic performance.

The Inclusive Wealth Index (IWI) measures the wealth of nations in terms of progress, well-being and long-term sustainability. IWI measures the wealth of nations by carrying out a comprehensive analysis of a country’s productive base including the assets from which human well-being is derived, that is, manufactured, human and natural capital. Thus, IWI measures a nation’s capacity to create and maintain human well-being over time. Currently, the countries under study use the System of Environment and Economic Accounts model, which measures flow-income. This flow critically depends on the health and resilience of capital assets like manufactured capital, human capital and natural capital.

The flagship report authored and reviewed by acknowledged experts of environment, economics and sustainability science has been advised by one of the finest environmental and resource economists of the contemporary world—Professor Sir Partha Dasgupta of Cambridge. The report has hugely benefitted from the guidance of legendary Nobel Economist Kenn J Arrow (until his demise last year). The report has startling findings with strong implication for conservation and development policies. The most profound finding seems to be the fact that the rate of growth of per capita inclusive wealth is far lower than that of the GDP. That means part of wealth is treated as income, which is dangerous for sustainability.

In my humble opinion the most alarming finding is the declining trend in natural capital for the world (140 countries, for the period 1992-2014) as shown in the diagram below: 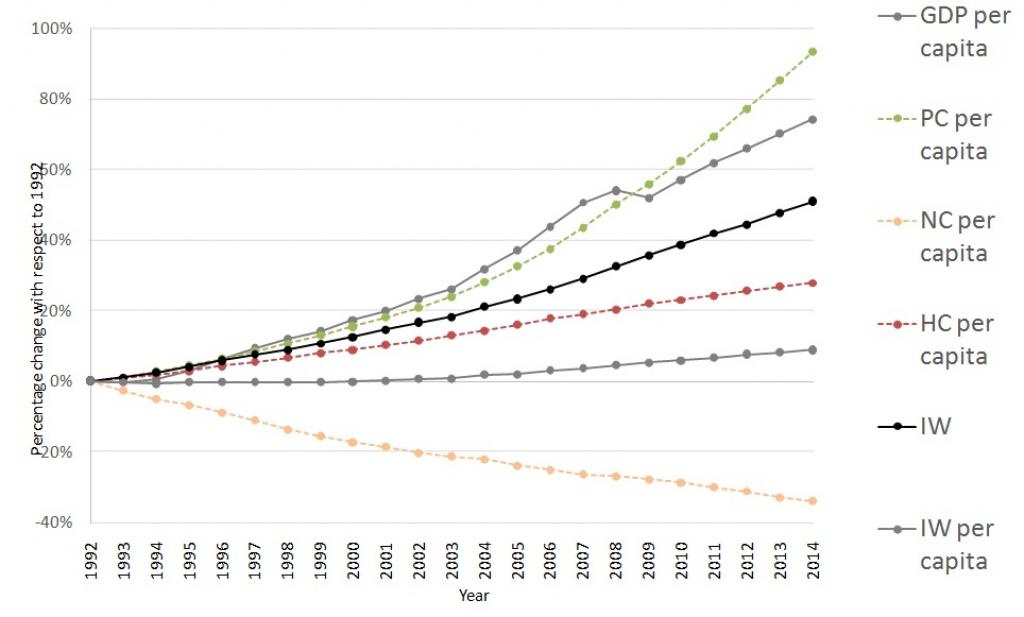 The rate of growth of per capita inclusive wealth is declining sharply in some of the poorest hot spots of the world as shown below: 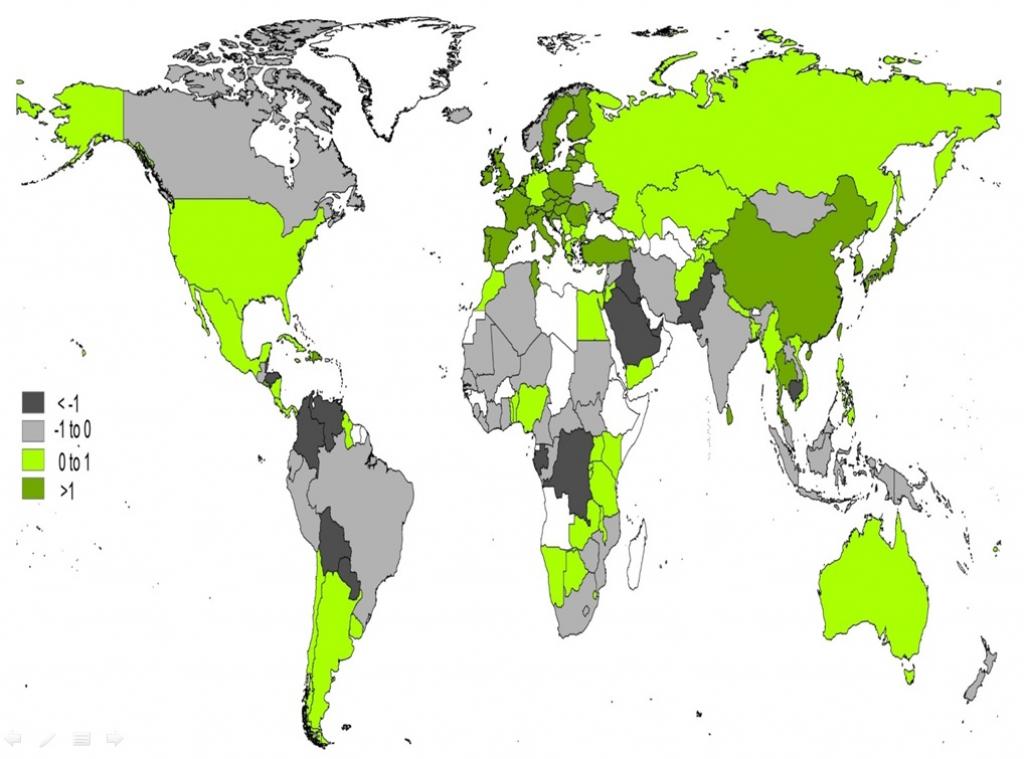 As expected from the theory of wealth measurement and welfare, there is a strong correlation between the change in net per capita inclusive wealth and happiness index.

This positive correlation between wealth and happiness once again establishes that inclusive wealth measures human well being better than other indices including national income. 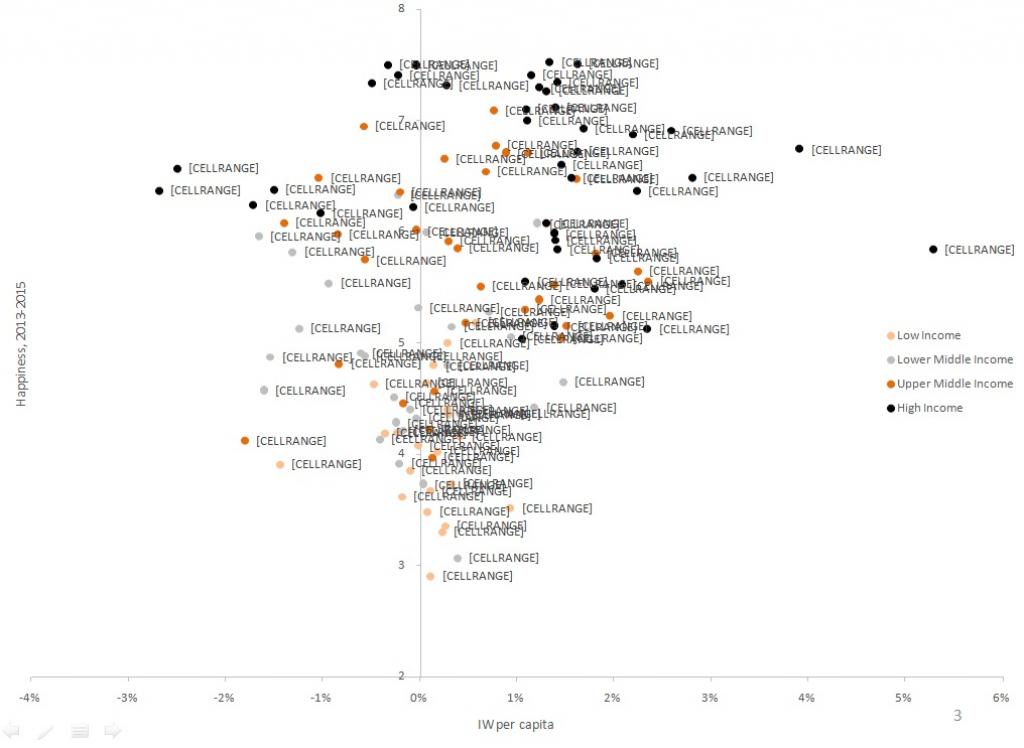 For India, the finding is not as alarming as for the world. For 1992-2014, the per capita natural capital is on decline but not as sharp as for the global average as shown below. 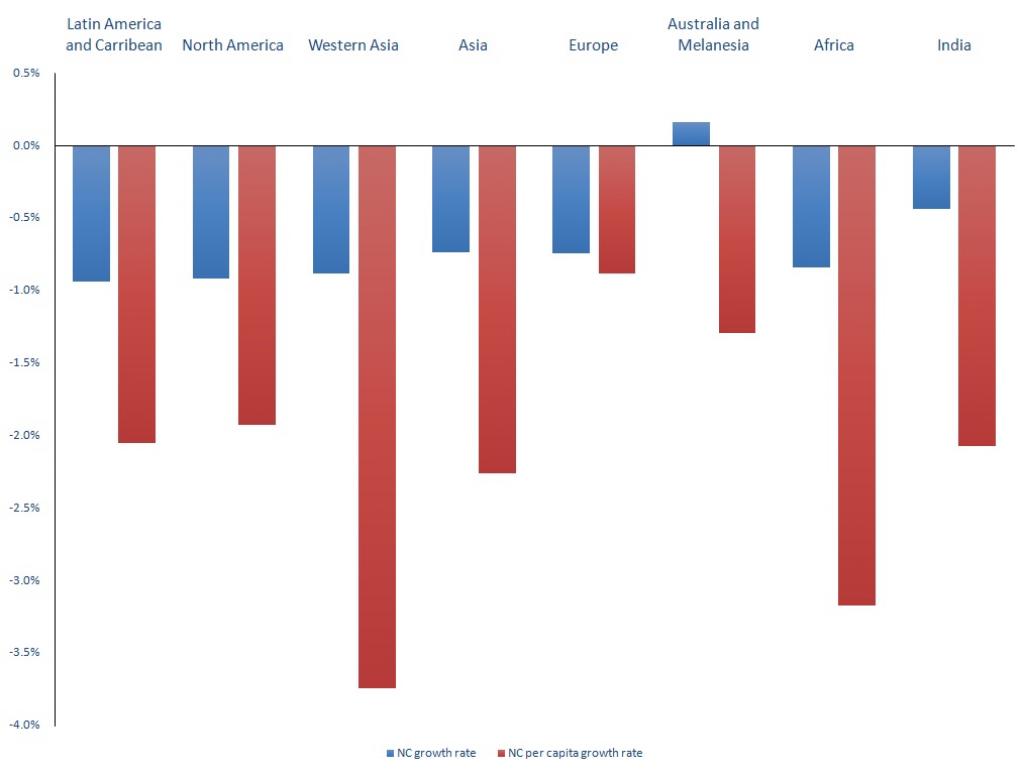 Finally, methodologically, the wealth measurement approach is time-tested and scientifically sound; there is a need to broaden the database to include various elements of natural capital like numerous ecosystem services which can greatly provide the reality check on our progress and sustainability. The accounting prices used in the report can always be improved to better reflect the societal and cultural dimension of consumption and production of various types of capital—human, produced and natural. What is undoubtedly true and indisputable that the change in per capital wealthas suggested in Inclusive Wealth report 2018 is better placed to understand the challenges of sustainability and therefore design effective policies for sustainable development goals where prosperity of the planet and people are inter-linked.