No sharing or you'll be sued

For distributing a subscription trade newsletter among its staff, a US firm is fined heavily for copyright violations 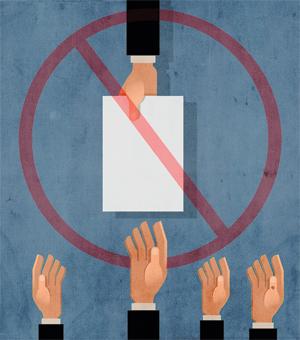 Sharing is not a virtue. Not in the corporate world. It can land a company in the courts and forced to pay penalties. Here, intellectual property (IP) is any kind of knowledge that is kept closely guarded in order to reap the maximum benefits from the monopolies bestowed by patent and copyright protection. At times, the business model used by some entities to protect their IP is not sound, resulting in bizarre litigations and absurd penalties.

Take the copyright violation case that’s making news in Houston, Texas, US. The offender is investment firm Kayne Anderson Capital Advisors, which is being penalised for sharing copies of energy newsletter Oil Daily with more employees than were subscribed to it. The firm invited a major lawsuit for copyright violations and demand for compensation that a jury decided should be over half a million dollars after the case went to trial in early December.

Oil Daily is published by Energy Intelligence Group (EIG), which brings out about 15 pricey newsletters for the oil and gas industry. The New York and London based publishing firm is said to have sued more than a dozen companies in Houston for violating federal copyright law by buying a handful of subscriptions for its publications and then sharing them with non-subscribers in the office. EIG had reached undisclosed settlements with all but one of these companies which, those in the know say, essentially meant that the offenders agreed to buy more subscriptions. It sells standalone articles of Oil Daily for $9, while a single issue is priced at $95.

In the case of Kayne, the issue went to court after it was discovered that the firm was sharing its five subscriptions of Oil Daily, sent by email, with other employees who did not have subscriptions. EIG was tipped off inadvertently by an unsubscribed staffer, who wrote to EIG complaining that she had not received a particular issue. She later mailed the publisher that she had got it from a colleague.

This would be funny if it didn’t have serious consequences. Kayne was slapped with a case of copyright violation and a demand for damages not just for EIG’s losses but also for all profits that it had made from using the information in the newsletter! EIG is basing its claim on the fact that Oil Daily was being distributed to 20 or more staffers, according to court documents. Kayne started with one subscription and later bought a multi-user license, which entitled five employees to get the bulletin.

Energy Intelligence Group sought unspecified damages for loss of subscription revenue and all profits Kayne Anderson made from using the information from Oil Daily. But Kayne denied charges of copyright violation, or of losses suffered by the publisher, and says the matter could have been resolved three years ago if not for the “unrealistic and unreasonable position” of EIG. That did not cut any ice with the jury which asked it to pay damages of $585,000 for copyright violations. Perhaps the fact that Kayne manages assets of $24.5 billion could have swung opinion against it along with the publishing house boss’ whine that distribution of copies “kind of eats your lunch and takes your milk and bread off the dinner table”.

This once again raises the question of how industries calculate losses from copyright violations. Earlier, the multinational software industry raised hackles by claiming that piracy resulted in losses of billions of dollars every year. Its lobby group, BSA –The Software Alliance, put out reports of fabulous losses based on the presumption that each piece of pirated software equalled a direct loss of revenue. This is a flawed method and even the United States Government Accountability Office dismisses claims of such piracy losses as unsubstantiated because the data is exaggerated, inaccurate and based on faulty premises. Yet, copyright owners continue to find lawsuits as profitable.