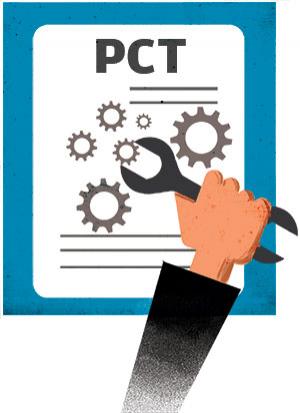 There's never a dull moment in the universe of intellectual property rights (IPR) however esoteric it may be to the lay person. Its language is abstruse and even those dealing regularly with the subject can be confounded by the complexities of its legal architecture. IPR though is a critical area where battles are fought between rich nations and developing nations, between powerful multinational lobbies of industries such as pharma, telecom and software and their counterparts in the developing world. While industry feels it is entitled to high returns on its investment through patent monopolies, developing countries say it imposes unfair costs on public health systems.

Much of these battles have taken place in various trade forums, both bilaterally and plurilaterally. Now, a new front has been opened up by rich nations at the World Intellectual Property Organization (WIPO). A self-funded UN organisation with 193 states as members, WIPO is the global forum for IP services and policy. Its stated mission is to lead “the development of a balanced and effective international IP system that enables

innovation and creativity for the benefit of all” but the rich nations have periodically tried to hijack WIPO’s development mandate by bringing in measures to harmonise the patent regulations of different members.

What WIPO is proposing is a change in rules to permit countries to outsource their patent examination duties to patent offices of other countries by amending the Patent Cooperation Treaty (PCT) which it administers. Discussions on the “delegation” of patent application scrutiny rights were kicked off on 18 June.

The amendment would allow a member-state to “outsource” its patenting mechanism to another country/regional treaty office even if it is not a member of such regional treaty as PCT currently obliges them to be.

On the face of it, this is an attractive proposition for developing countries and particularly the group of least developed countries (LDCs) which do not have a patenting system of their own, either for want of resources or simply because they do not have technical skills and manpower to set up the complex patenting mechanism required to deal with IPRs. India has a long history of dealing with IPRs and boasts a reasonably strong patent examination system. This is not the case with many other developing countries and they might be tempted to take the shortcut proposed by WIPO.

That’s why academics, legal experts and public health activists are campaigning against it. Not only does it undermine the sovereign right of countries to have their own patenting laws, such a measure, they fear, would undermine the flexibilities that the World Trade Organization’s TRIPS (Trade Related aspects of Intellectual Property Rights) Agreement which allows member-states to adopt different patentability criteria. The main concern is that the patenting process will be determined by the laws, processes and criteria followed in the delegated country or designated office. This carries the risk of further erosion of these flexibilities and imposition of what are called TRIPS plus rules that developed nations insist on.

India is expected to lead the charge against the proposal.

(This article was first published in the 1-15th july issue of Down To Earth).