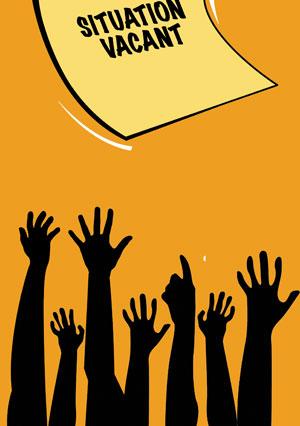 History doesn't repeat itself; we replay it. India is finally showing signs of talking about what matters most: employment. It reminds one of the early 2000s when the topic made similar political headlines. It is worth mentioning that widespread unemployment, particularly in rural areas, tipped popular mood against the then-ruling National Democratic Alliance (NDA-I) government. It reacted with panic, setting up high-profile committees to scour for employment opportunities. But it was too little, too late.

For those who may have forgotten, it is not the current NDA government but the last one that promised 10 million jobs a year. In 2001, economist Montek Singh Ahluwalia led a task force with precisely this mandate. Prime Minister Narendra Modi repeated that promise during his election campaign in 2014, when the rising rate of unemployment was emerging as a worrying sign. His political sense was impeccable. But, the biggest challenge is to deliver the promised jobs.

Despite the boom in formal sectors like information technology in the early 2000s, NDA-I suffered a surprise rout in 2004. India shouldn’t forget this recent history, if it is serious about fighting unemployment.

Joblessness has been on the march in India. It is officially accepted now that demonetisation led to an abrupt loss of 1.5 million jobs. This comes at a time when India is already facing a high unemployment rate. Every month, 1 million people join the work force seeking jobs, while employment generation remains low at around 0.2 million jobs a month. Most of the unemployment is spoken about in the context of formal sectors, but more than 90 per cent of India’s employment is sourced from informal sectors. Demonetisation had a huge impact on the informal sector, with agriculture and construction almost in distress.

NDA-II seems to be reacting in the same fashion as its predecessor, and is on the path to repeat the same mistakes. NDA-I focused too much on economic growth to generate employment. Popular wisdom says that this strategy does create employment as one per cent growth in the gross domestic product (GDP) creates a million jobs. But industry and other formal sectors are becoming highly automated and are increasingly creating fewer jobs, that too of high quality. NDA-I ignored the sources of rural jobs: agriculture and government public wage schemes. Agriculture reported the least growth rate during that time and public investment was severely low. NDA-II is repeating this mistake by not spending much on agriculture and also by neglecting public wage programmes like the ones under the Mahatma Gandhi National Rural Employment Guarantee Act. Despite declining dependence on it, agriculture is still the source of sustenance for millions, and wage programmes are supplementary sources of sustenance. Failure of both means deep distress in rural areas which is visible now.

It is reported in the media that the government is going to declare a `50,000 crore stimulus to revive the economy. Though details are not available, government officials suggest this package will be targeted at the construction sector and also provide incentives for various industries. The strategy is again a simplistic one: boost GDP growth that will trickle down as jobs for millions. Although the Montek Singh Ahluwalia task force of 2001 gave primacy to growth, it made it clear that economic growth alone would not ensure enough jobs. It suggested an economic growth rate of 9 per cent to achieve this besides securing jobs from a variety of other sources, most importantly, the agriculture sector.

This blog was first published in the October 1-15, 2017 issue of Down To Earth magazine under the headline "Replaying history".