The idea of a COVID-19 cess: Good for the Centre, bad for states

New tax rates can be introduced instead, especially on the super-rich whose incomes have been relatively less affected 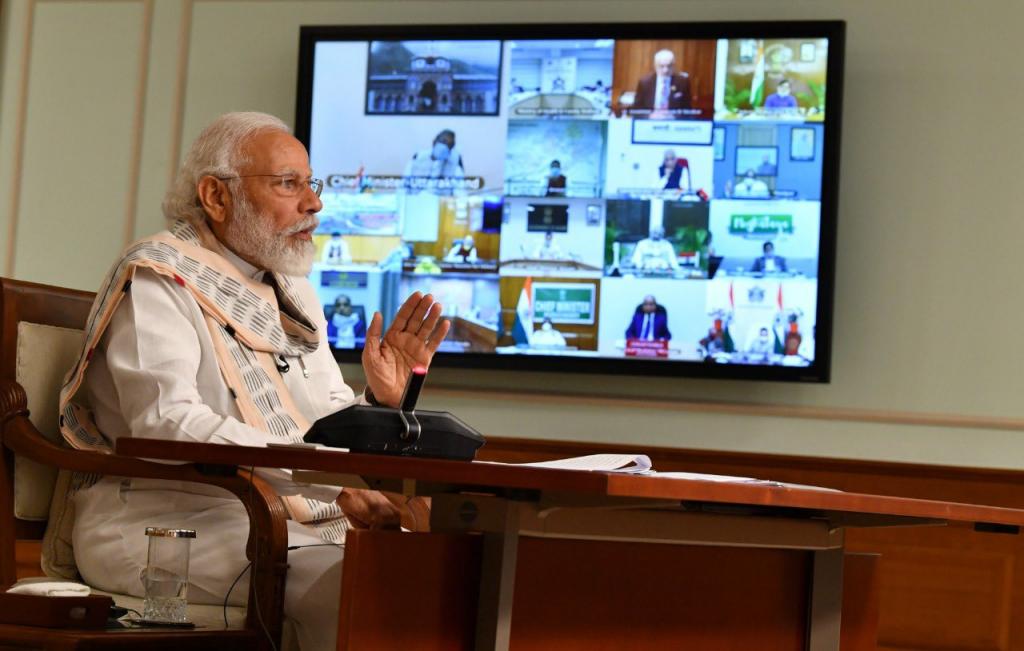 The expected sharp contraction of the economy in the wake of the novel coronavirus disease (COVID-19) pandemic-induced lockdown has meant that tax revenue collections of the central government have taken a severe beating.

News reports suggest shortfall in tax collections could be as high as Rs 5 lakh crore against the Union Budget 2020-21 projections of Rs 24.23 lakh crore. While the slowing economy affected tax collections in previous years of severe contraction too, the unprecedented contraction of the economy this year is only going to make matters worse.

Such a large shortfall in revenue is a cause for concern not just for the Centre but also for states. In some sense, a shortfall in central tax collection assumes even greater significance for states as they have very little room to raise tax revenue themselves.

The problem has become even more acute post-GST (Goods and Services Tax) as the states have had to give up a number of state-level taxes. Thus, the quantum of tax revenue collected by the Centre has significant implications for states as that largely determines the amount that will be shared with them.

But it is not the Centre’s total tax kitty alone that determines how much the states get. Equally important is the issue of how the Centre generates tax revenue.

It is here that the structure of the shortfall in tax revenue is particularly concerning. Latest data from the Controller General of Accounts (CGA) shows that gross tax collections was down by 12.6 per cent in between April and November last year compared to the same period in 2019. However, not all components of taxes have been equally hit or adversely hit.

Thus, while tax collections on account of corporate tax, income tax and customs duty are down by 35 per cent, 12 per cent and 17 per cent, respectively, excise duty collection has actually increased by nearly 48 per cent when compared to April-November 2019. A large part of this increased mop up has been due to hikes in central excise duty levied on petrol and diesel in the months of March and May last year. 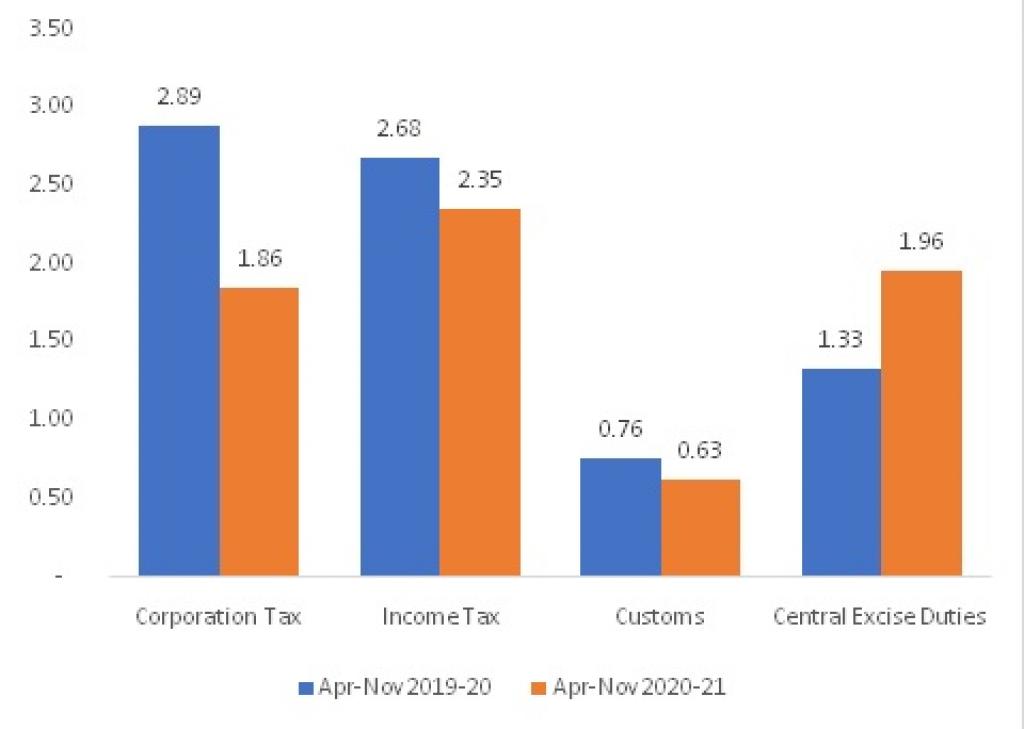 The interesting aspect of this higher mop-up of excise duty collection is that while it helps the Centre generate more revenue, it does not help the states much. This is because excise duty on fuel consist of three components, of which only one, the basic duty, is shareable with the states.

Since the Central government has increased only the special additional excise duty while keeping the basic duty constant, it has mainly boosted the non-shareable kitty of the Centre.

A closer look at the composition of the post-hike excise duty shows that in the case of petrol, nearly 91 per cent of it is not shareable with states while it is 85 per cent in the case of diesel.  This means while the share of tax revenue of the states gets adversely affected because of the shortfall in overall central collection, they do not gain even when certain components fare well.

This is not a one-off instance. Over the last few years, the Centre has been increasingly relying on cesses and surcharges to bolster its tax revenue. As a result, states’ share in central tax revenue has been on the decline.

The extent of the problem can be understood from the fact that the share of cesses and surcharges have shot up from three per cent of Central gross tax revenue in 2000-01 to 15.6 per cent in 2019-20. This is likely to further increase in 2020-21.

The suggestion by analysts that the government should impose a COVID-19 cess in the upcoming Budget needs to be seen in this backdrop. Such a cess will only help the Centre garner more revenue, while the states will gain nothing.

Given that it is the states which are the vanguards of the fight against the pandemic crisis, it is time that the Centre shares more resources with them. Therefore, it is imperative that the Centre reduces its dependence on cesses and surcharges.

Instead, in order to compensate for the likely fall in revenue, new tax rates can be introduced, especially on the super-rich whose incomes have been relatively less affected by the pandemic. This would not only help generate more tax revenue but will also ensure that states get their due share of taxes.

This is the third in a series on the Union Budget 2021-22 in collaboration with Centre for Budget and Governance Accountability.