The Indian story that needs revival

By Dhanya B , Samudyatha R

Gowramma (name changed) slowly looks up from her hand lathe with a shy smile when greeted. A widow, she is one among the many women in Karnataka’s Honganooru village, about 60 km from Bengaluru, who eke a living out of the famous Channapatna toy-making industry. Though she lost her husband to alcoholism, she retained a part of him by learning the craft of toy-making. She complains of a back pain and strained eyes that she got from the tiresome beadwork on her hand lathe. Yet she would not switch to any other means of livelihood even if given a choice. As the proud torchbearer of a rich, but vanishing legacy, she thoroughly enjoys the creative satisfaction from this heritage craft, despite its clear vulnerabilities.

Channapatna lacquerware toy-making, an age-old traditional craft, provides livelihood to around 4,000 artisans, mostly women and belonging to marginalised communities. The craft industry depends on locally available wood resources out of which ivory wood (Wrightia tinctoria) or hale mara in Kannada is the popular choice. Ivory wood is soft, fine grained, white coloured and it easily absorbs dyes, imparting vibrant colours to the toys. The dyes and lac are natural and the toys are hence safe for children. 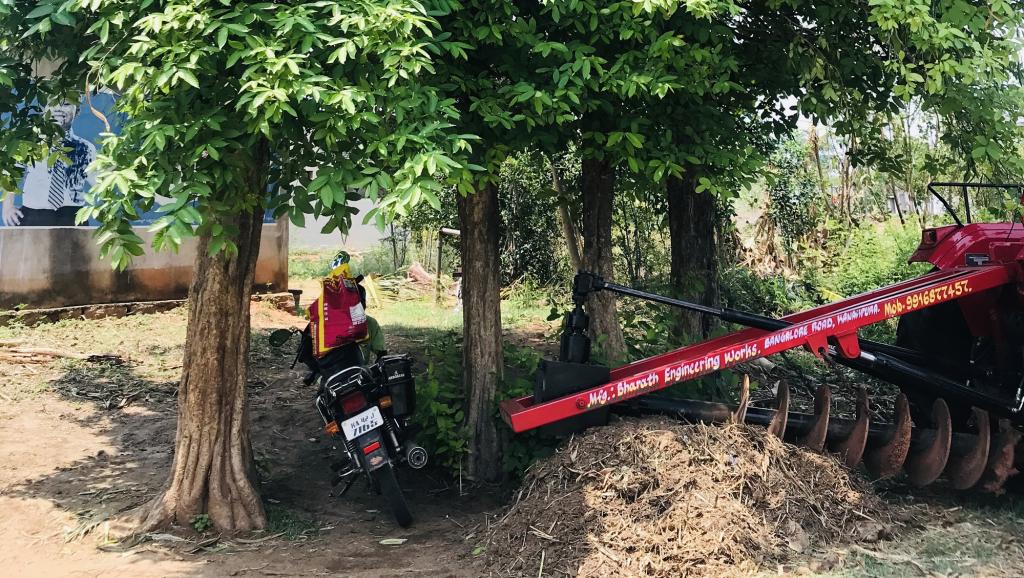 Ivory wood has been a boon for the toymakers, as it grows well in dry regions, requires little inputs and is locally available as a common agroforestry species in and around Channapatna city.  The tree coppices aid its natural regeneration in farmlands. Insects pollinate the flowers and wind disperses the seeds, both factors bolstering the natural growth of the species. The trees are almost exclusively used for the craft; though other minor uses such as firewood, leaves for green manuring and mulching and bark and leaves for treating skin and stomach ailments are reported.

The “resource curse” associated with this locally available, low cost, fast regenerating tree species has now led to its unsustainable extraction. Most artisans are landless and have no alternative livelihoods. Exclusive dependence by many has in turn put great pressure on ivory wood. Farmers and local wood collectors harvest the trees as early as five years instead of ideal 15-20 years. Being a moderately growing species, ivory wood attracts little attention as an income-generating tree. On harvest, farmers are paid as little as Rs 200 for a five-year-old tree. It, therefore, does not count among the favourites of farmers for agroforestry and is a ‘Cinderella’ species, forgotten even by the state forest department in its agroforestry incentives unlike money-spinning species like teak or Melia dubia.

Quoting the issues of rampant smuggling, the forest department has set down specific rules for several native species including ivory wood. Road and transport permits are sanctioned after a survey for verifying RTC (Record on rights, tenancy and crop) of the farmland from where wood is to be extracted. Permit requirements burden farmers with many bureaucratic hassles to obtain monetary returns from the tree.

Local availability of the wood is now a big question; the wood is often sourced from neighbouring districts of Mysore or even from outside the state. The middlemen, as a result, are increasingly reaping the benefits of the local scarcity of the resource. Alternate wood such as teak and pine are costlier and poor artisans cannot afford them. While factory owners depend on imported wood species, women like Gowramma are bearing the brunt of ivory wood scarcity.

Competition from cheaper plastic toys, poor returns, lack of training and technology have marred the profitability of the craft over time. The industry has a clear gender allocation of labour. While men cut the wood and carve the toys, women polish and paint the carved wood. Women earn only half of the men’s income (Rs. 300 daily) on an average. Presently self-help groups (SHGs) such as Maya Organics and Shilpa Trust are bringing women out of their house, quite literally, through workshops, trainings and access to wood cutting machines. The Government Lacquerware Complex also conducts trainings, promotes schemes for artisans’ health and improved markets for the products. The Karnataka State Handicrafts Development Corporation, in association with the Ministry of Textiles, provides artisans’ cards with attached benefits of health insurances and children’s scholarships, but these hardly reach the artisans’ doorstep. The recent Geographical Indication (GI tag) has been a lifesaver for this vanishing craft and has increased its prospects in local and international markets, though the profits have not exactly trickled down to the artisans.

The sheer vulnerability attached with the trade is slowly pushing the community, especially the younger generation, to look for alternative income sources. The bustling metropolis of Bengaluru offers myriad informal job opportunities to the willing artisans. 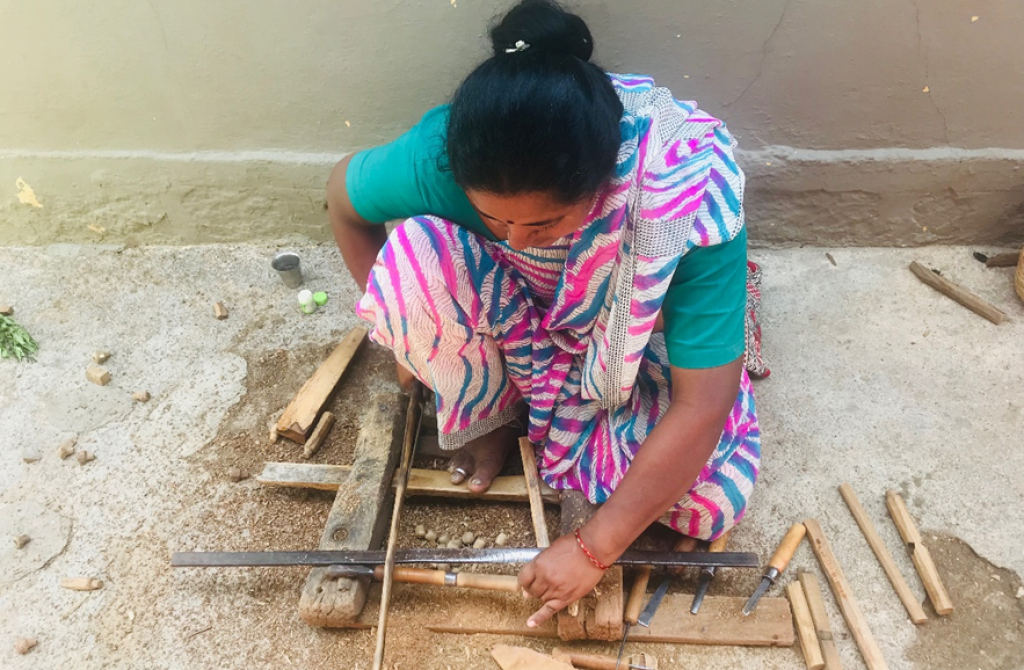 Mahmood (name changed), an artisan of Kalanagara, unapologetically admits that he does not allow his 13-year-old son inside his workplace. “I never had the opportunity to study, and did not have a choice but to get into the craft. I cannot quit, but I can still give my son good education and keep him as far as possible from the machine and the dust. I hope this stops with my generation itself,” he says.

Once a flourishing craft, it has now forced thousands of dependent artisans to rethink their livelihoods. Its survival depends on the availability and sustainable use of ivory wood resources and further improvement in market space for the craft. Potential of mechanisation in the craft is limited as lacquering is a manual process.  The forest department has a crucial role in aiding regeneration of the tree species and in maintaining wood availability. Restocking ivory wood populations in the many protected forests around Channapatna can boost its natural growth in surrounding farmlands due to wind dispersal of seeds. Additionally, providing the right incentives, such as relaxed harvesting rules and assured direct wood purchase at fair prices from tree growers, may augment ivory wood availability for artisans and keep the craft wheel spinning in Channapatna.