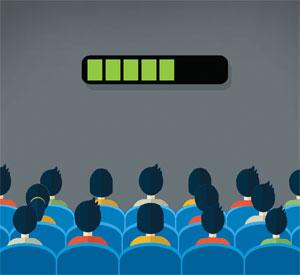 The high-octane Udta Punjab has opened up once again the fascinating debate on film piracy and its impact on the film industry. For the moment, let us forget the cavalier role of the Central Board of Film Certification in leaking a print of Anurag Kashyap’s volatile film on drug abuse in Punjab and enabling its free download well before its official release. There are reports that board chairman Pahlaj Nihalani wanted to fix the producers after the court overturned the many cuts he had ordered.

In the event, did the leak of the print—everyone agrees it was of extremely poor quality—affect the fortunes of Udta Punjab? The film industry was angry and shrill in its denunciation of piracy with one notable exception—of Kashyap. His appeal to pirates (downloaders) was that they should desist till the film was released officially. The unorthodox filmmaker has an interesting take on the issue. Here’s what he wrote in a Facebook post: “Piracy happens because of lack of access and in a world of free internet.

I do not have a problem with it. My problem is that this time it’s a case of vested interests trying to demoralise people from fighting for their rights.” He goes on to say that when he has occasionally watched illegally downloaded films borrowed from friends he has made up for it by buying DVDs. However, it does not apply to others because “no one can stop your right to download a film”.

Kashyap, in fact, believes piracy is justified and can actually help filmmakers. In a candid admission he says it was pirated versions of his films that made him popular with film buffs when he was not famous. So piracy is kosher with him. Kashyap’s rationale is that if people have no access to affordable cinema they will turn to cheaper, pirated versions. A much earlier champion of piracy was Shekhar Kapur, the maker of the globally acclaimed Bandit Queen and Elizabeth, who took on US media giants when they were shrill in their complaints about losing billions of dollars in revenue on account of piracy in China and India. At a time when their campaign had reached a crescendo a decade ago, Kapur was blunt in dismissing their inflated claims. Since 80 per cent of the people who bought pirated copies of movies in China could neither afford to go to theatres or to buy the legal DVDs sold at US rates, the losses were just notional.

With the model of film screening and distribution changing drastically in recent years to focus on multiplexes in urban centres, fewer Indians have access to cinema since tickets are priced high. If filmmakers want to make an impact on society either as purveyors of “meaningful cinema” or just as producers/directors who want their oeuvres to become popular, then a little piracy along the way could come in handy.

Tim O’Reilly, CEO of O’Reilly Media house, had argued about a decade ago that obscurity was a far greater threat than piracy for artistes. His contention was that even the worst kind of piracy would pare just a little of the profits for well-known artistes but could make a huge difference to those just starting out. He was, of course, talking about writers, but as a general principle this rule could apply to filmmakers too.

We cannot expect Kashyap’s scrupulousness about illegal downloads to be the norm; there is a vast tribe out there that revels in piracy. And yet, even the worst of its depredations is unlikely to kill a film commercially. What we need is a new model of cinema viewing, especially in India where millions of potential filmgoers are denied access.