What Bhutan got right about happiness, and what other countries can learn 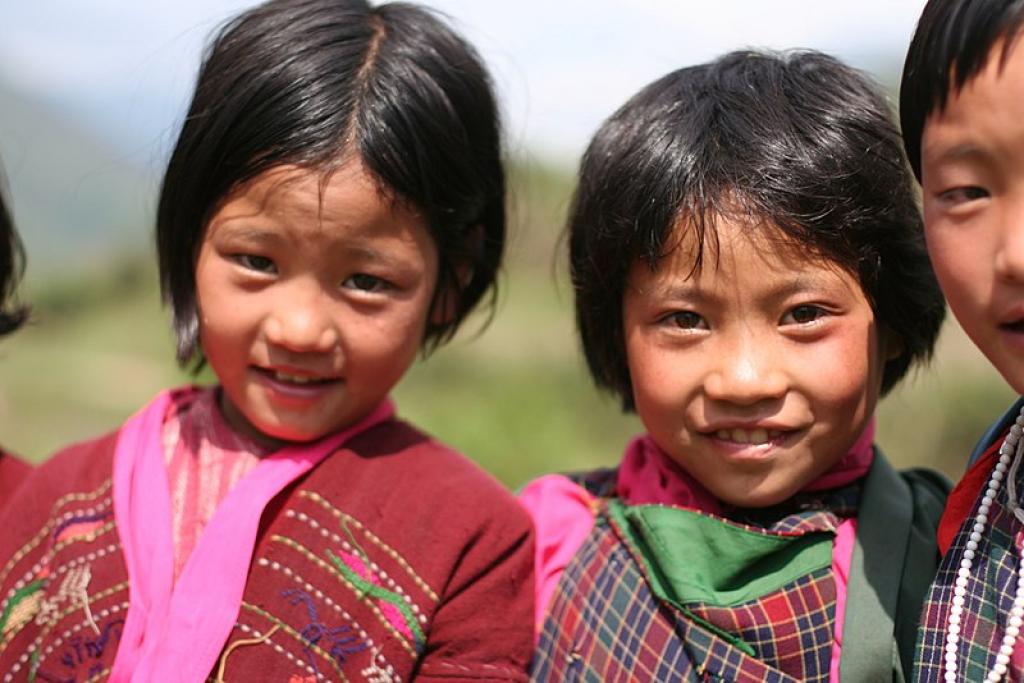 Bhutan, a small, landlocked mountainous least developed country (LDC) in South Asia is next in line to graduate from the LDC category in 2023. It is best known for its philosophy of promoting Gross National Happiness over Gross Domestic Product (GDP). Despite, or perhaps because of, this outlook, the country has experienced impressive growth in the past four decades.

It has recorded an average growth in annual GDP of 7.5% since the early 1980s and poverty levels have declined from 36% in 2007 to 10% in 2019. Bhutan has also made considerable improvements on environmental, social and governance indicators in the past two decades.

For example, the UNDP Human Development Report 2020, which ranks Bhutan highest amongst its LDC peers on overall human development, recognizes Bhutan as a country with a total forest area of 72.5%. Owing to low carbon emissions, a high level of carbon sequestration and exports of hydroelectricity, Bhutan is the only carbon-negative country in the world.

The country has been able to achieve this feat despite relatively high growth in tourism in recent years because its government has adopted a strict sustainable tourism approach to avoid a potentially negative impact on the environment.

Bhutan's impressive track record lies in a willingness to explore its areas of potential and use innovative approaches to overcome structural challenges. Besides achieving 100% electricity access, the three approaches below have served Bhutan well and deserve a special mention as they could be replicated.

Aiming to diversify exports while recognizing the small size of its domestic market, the country created Brand Bhutan. The concept focuses on niche exports of high-value, low-volume Bhutanese products geared towards high-end markets. Their products stem from industries such as natural resources, tourism, culture, handicrafts and textiles. Development partners such as the Enhanced Integrated Framework and the International Trade Centre have joined the Government in supporting this initiative. Countries with a similar large-scale production constraint could explore how their local products could be tailored to smaller but premium markets, thus compensating for their lack of economies of scale.

Digital transformation can help landlocked countries like Bhutan overcome their geographic disadvantage. Since backbone infrastructure such as electricity and internet are both accessible and affordable in Bhutan, this area offers tremendous potential. The launch of the Thimphu TechPark in 2012 that houses 19 mostly foreign companies and employs 600 people is a small but remarkable success worth replicating elsewhere.

The TechPark increased productive employment in Bhutan through the promotion of enterprise development in the ICT sector, enhanced ICT skills amongst the Bhutanese workforce and improved access to finance. On the ecommerce front, having completed its eTrade Readiness Assessment, the country has swiftly implemented several recommendations. including the development of an ecommerce policy in 2020.

In 2015, Bhutan mobilized $12 million in impact investment for Mountain Hazelnuts – a social enterprise established to encourage hazelnut production by contracting smallholder farmers across the country.

While the overall expected financial return is in single digits, the project is expected to have a significant development impact on livelihoods and the income of smallholder farmers by linking tens of thousands of farmers to markets, creating jobs and developing skills, and increasing women’s participation in the job market.

Exploring innovative financing such as blended finance and impact investment is an increasingly attractive option to finance economic growth for all countries, not only due to the inevitable reduction of official development assistance, including Aid for Trade, but also to simultaneously create a thriving business environment.

All this is not to say that everything is rosy in Bhutan. The country still faces important challenges to its economic development.

Bhutan's export concentration remains high and focused on hydropower, tourism services and the mining sector. The share of the manufacturing sector in terms of GDP has remained stagnant in the last 10 years, while the industrial sector was driven mainly by construction, mining and electricity. Despite recent efforts at diversification, export market concentration remains extremely high for Bhutan with India being the largest export market, where more than 80% of exports are destined.

Moreover, Bhutan's graduation from the LDC category will result in the erosion of preferential treatment, making export diversification to larger markets such as the European Union challenging.

Export diversification should go hand in hand with the possibility to move up the value-chain ladder, which requires appropriate skills, technology, quality infrastructure, trade facilitation measures and logistics. A recent report reveals that these elements are currently found to be deficient in Bhutan.

The size of Bhutan is also an impediment to its economic development. The small size of the domestic market, dispersed pockets of production and the absence of economies of scale, coupled with a landlocked status and high trade costs means that Bhutan cannot be competitive in the global market on a large-scale production.

Finally, despite impressive economic and social indicators, the best governance indicator amongst the LDCs and significant improvements made in the business climate, Bhutan's success in attracting foreign direct investment (FDI) has been limited as compared to other graduating LDCs and a recently graduated country (Maldives) in Asia.

Although Bhutan's figure is comparable to its immediate neighbours Bangladesh and Nepal, a comparison with best performers such as Cambodia and Maldives not only shows where Bhutan is losing out but also shows the potential that exists.

Bhutan and other similar landlocked LDCs would do well to attract more private investment, in particular FDI, for which reform measures may not be enough. Identifying sectors of interest to foreign investors, attracting FDI to industrial parks, strengthening the capacity of investment promotion agencies and inter-government coordination should be explored.

The small size of the Bhutanese market has remained a disincentive to foreign investment in the country. Therefore, a promotion campaign inviting foreign investors to consider Bhutan's neighbouring countries, with which it has bilateral or regional free-trade agreements, as an extended market would be extremely useful.

Bhutan's constraints and challenges will certainly resonate with similar land-locked, soon graduating, or simply small, countries. It is however their out-of-the-box thinking and intrepid spirit that can and should be emulated.