Why the lack of industry in West Bengal?

The Left is often blamed for ruining the economic prospects of the state, but the truth is it inherited a weakening industrialisation scenario that it couldn’t reverse

There is an influential popular narrative around the question of lack of industry in West Bengal. It goes something like this — militant trade unionism of the Left parties ruined West Bengal’s industries although West Bengal was an industrial power house during the Congress regime.

The Left is often blamed for ruining the economic prospects of the state. But, there is a purist Leftist popular narrative that argues that the Left, especially under Buddhadeb Bhattacharjee, deviated from the Left cause, surrendered to neo-liberalism and therefore lost popular support which eventually led to the demise of the Left Front.

I have tried to show in my book Exploring Marxist Bengal that the popular perception has something to do with a sense of decline in middle-class Bengal, which was quite common in the ’90s: A Bengal losing out to Hyderabad or Bangalore, post-liberalisation.

One indicator of this was the growing popularity of NRI grooms. Registering this perception is important, but let me here take note of some scholarly works on industry in West Bengal. Here we are not concerned with the perception and its impact, but rather the academic understanding of why there was an industrial decline in West Bengal. 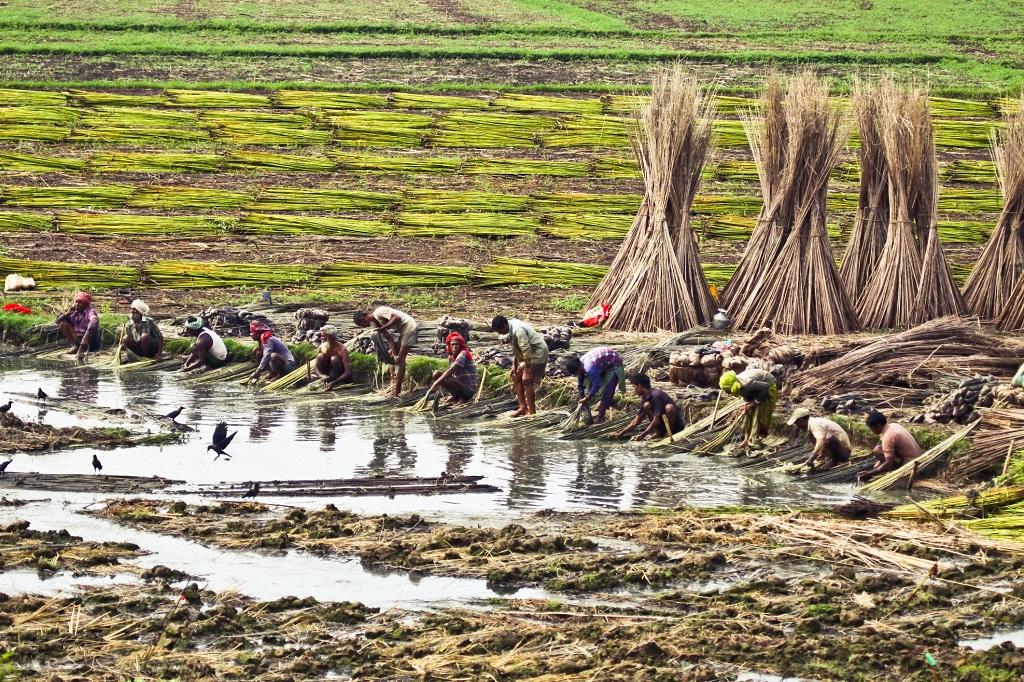 Anwesha Sengupta, assistant professor, Institute of Development Studies Kolkata has traced the history of the jute industry in Bengal since Independence in her paper Unthreading partition: the politics of jute sharing between two Bengals. She has shown that the jute industry boomed during the Second World War. However, Partition had a devastating impact on the industry.

India and Pakistan (East) decided to initially cooperate with each other, but the situation soon became complicated. Sengupta has highlighted how the bureaucracy of the two countries soon became embroiled in conflict that affected the industry.

The two countries became competitors rather than collaborators in the industry. At the same time, internationally, there was a search for alternatives to jute. Already by 1961, a study conducted in London was showing that there were several substitutes and the demand for jute products in industrial countries was likely to decrease by 40 to 60 per cent.

The jute industry, which was one of the most important industries of colonial Bengal, was already declining by 1960s as a result of Partition, lack of cooperation between India and Pakistan after Independence and change in global demand.

Phase-wise industrial history of the state

According to the thesis, each phase has its own distinct characteristic. He described the first period (1948-1965) as an era of hope and reconstruction. During this time, under the five-year plan regime, there was development of new industries. The Durgapur Steel Plant and Durgapur town came up, the Damodar Valley Corp power station started functioning and diary-based industry came up in Kalyani.

The annual compound growth rate between 1947 and 1958 was 3.31 per cent, which was higher than the all-India average of 2.75 per cent. However, he also shows that during this time West Bengal began to lose its eminent position to Bombay. The latter was developing much faster.

By 1964 factories in Bombay employed 13.53 lakh people, when West Bengal employed 8.87 lakh people. By 1966, the number of licenses approved for Maharashtra was higher than that of West Bengal, although the latter was second in India.

During the next period (1966-76), West Bengal’s relative position began to decline further. The Centre’s policy of freight equalisation gave a “major blow” to the engineering industry of the state. While the central government tried to protect the industries based on domestic market through import tariffs, it did very little to promote export-oriented industries like jute and tea, which were the traditional industries of West Bengal.

The state's agriculture during this period was showing very little growth.  Between 1952-53 and 1964-65, Tamil Nadu’s agricultural growth rate grew by 4.17 per cent and West Bengal’s by 1.94 per cent.

Das has shown that as employment fell between 1965 and 1970, labour unrest began. The situation was made worse by crop failure and inflation. Food riots took place and Bengal witnessed the ultra-Left Naxalite movement.

Das has, however, argued that the flight of capital from West Bengal during this time cannot be explained in terms of labour trouble alone, since Maharashtra also witnessed severe labour problems. The fact was that Bengal’s industries were slowing down. The number of licenses given to West Bengal in 1977 was 40 and Maharashtra received 150.

Five inter-linked factors, according to Das, resulted in the slowing down of the industrial economy — nation-wide economic recession, freight equalisation, lack of facilities for diversion of industrial base, flight of capital and political turmoil.

When the Left Front came to power in the state, they inherited a declining industrial economy. The new industrial policy of 1978 gave priority to small and cottage industries and sought to “curtail the stranglehold of big houses, foreign multinational firms in the organised sector".

This policy, according to Das, was not successful in reviving the industrial situation in West Bengal. This could be partly because of poor implementation of the policy or because of conflict with the central government, but the net result was that “between 1980 and 1990, in terms of State Domestic Product (SDP) West Bengal ranked 13” among Indian states.

The fourth phase, Das argues, began from the 1990s as the Indian economy began to liberalise. The initial response of the Left Front was to oppose the liberalisation policy, both inside Parliament and on the streets. But in practice, West Bengal sought to take advantage of the end of license raj and formulated an industrial policy in 1994 that was radically different from the policy of 1978.

This time around the West Bengal government welcomed foreign investment. The then Chief Minister Jyoti Basu and Somnath Chatterjee travelled to many capitalist countries to attract investment. In spite of the hype around the new industrial policy and some increase in investment, Das wrote, “The new economic policy could not resist the decline of industrial output of the state.”

Abhinandan Das’ analysis of the decline of industry in Bengal more or less corroborates the argument of Ritanjan Das, from London School of Economics and Political Science. Ritanjan, in his thesis History, Ideology and Negotiation: The Politics of Policy Transition in West Bengal, argued that there were four inter-related reasons behind the economic decline:

- By 1965, West Bengal, in terms of value-added per employee, was already behind Maharashtra, Karnataka, Gujarat and Tamil Nadu.

- The Centre’s policies of freight cost equalisation for coal and steel had a negative impact.

- Import substitution policy overlooked the needs of the jute industry.

- Re-shaping of the political contours meant that licensing was decided by politics rather than economics.

Both scholars agree that by the end of the Congress regime in West Bengal industry had already started to decline and there were many factors behind this decline. It cannot be blamed only on militant trade unionism of Left parties.

The attitude, he has correctly observed, began to change after the fall of the Soviet Union on one hand and the liberalisation of the economy on the other hand. He has also correctly identified the 14th Party Congress of Communist Party of India (Marxist) in 1992 as a turning point.

So, it can be argued that the Left Front inherited a weakening scenario of industrialisation and was not able to reverse the situation. The situation became somewhat better under Buddhadeb Bhattacharjee but after the fall of the Left Front in 2011, there has not been much progress, although the West Bengal government under the All India Trinamool Congress is keen on inviting capital as shown in the annual Bengal Leads event.