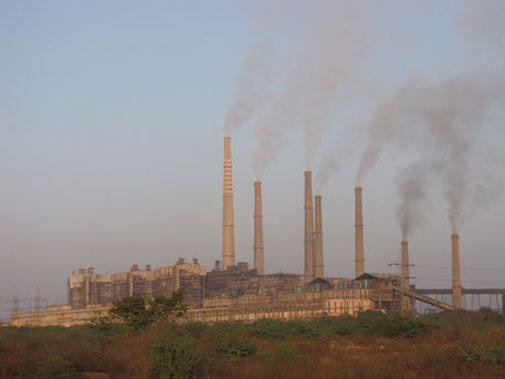 India’s coal-based power plants have doubled in capacity over the past two Plan periods between 2002 and 2012 and currently stands at 160 gigawatt or GW (60 per cent of total). We rank third in the world behind China and the US in terms of coal-based power generation. Large reserves coupled with favorable economics have spurred capacity addition in coal power over the past decade. In 2012, the Planning Commission (now replaced by NITI Ayog) had forecast that capacity addition will continue at this robust pace and almost double again by 2022.

In 2011, a study by Prayas Energy Group found that more than 200 GW of coal-based capacity had been approved by the Union environment ministry for the 12th Five Year Plan period (till 2017) alone against a requirement of 70 GW. Another 500 GW was awaiting approval. The study noted that this combined capacity was three times the capacity additions required till 2032. This could result in locking up of significant financial resources and create stranded assets in generation and transmission.

According to a report by CoalSwarm and Sierra Club—Boom and Bust: Tracking the Global Coal Plant Pipeline —a large number of these projects have either been stalled or shelved. Construction began on just 9 GW of the proposed 500 GW between up to mid-2014. Between 2010 and 2012, the ratio of completed to cancelled projects was about 2:1. Between 2012 and 2014, this increased to a shocking 6:1, highlighting the severity of problems in the sector.

Worsening air quality, displacement due to land acquisition, forest destruction, impacts of fly ash disposal and conflicts over water use have triggered protests from local communities against setting up of plants. The Centre for Science and Environment’s (CSE) Green Rating Project (GRP) notes that the environmental impacts of this expansion have been severe. In its recent publication, titled Heat on Power, GRP observed that plants in critically polluted areas in India (as defined by Comprehensive Environmental Assessment of Industries or CEPI) contributed to more than a third of the total installed capacity.

Even existing new plants are suffering from poor capacity utilisation (PLF). In 2013-14, PLF for thermal power plants dipped to 65 per cent, which is the lowest level in 14 years and has stagnated at the same level in 2014-15 as well. This further questions the need for new plants when existing plants are not being utilised fully.

“The focus for coal-based power sector should be efficient management, especially in the areas of PLF, efficiency improvement, pollution control, water consumption and ash utilisation. Whether there really is a need for more coal-based generation needs to be debated after taking into account the projects already in the pipeline and the aggressive expansion of renewables, mainly solar,” said Umesh Bapat, former vice-president (operations) of Tata Power Company Limited.

Who will fund them?

Global financial institutions like World Bank have also committed to not finance “dirty” coal projects. This means project developers have to seek out domestic sources of funding. However, domestic financial institutions are already facing massive accumulation of non-performing assets (NPAs) on account of the power sector, and are unlikely to lend given the uncertainties involved. The impacts are already being felt by BHEL, India’s largest power generation equipment maker. Its profits slumped by 70 per cent consecutively in the second and third quarter of 2014-15 due to lack of orders.

Uncertain coal supply is an added constraint for plants. Coal India Limited (CIL) is notoriously inefficient in coal production and has a monopoly over coal supply in India. Its average productivity per-man-per-shift is three times below the global average. Plans are afoot to double CIL’s production and captive coal blocks are being auctioned to ease supply. However, these measures are not likely to take effect till at least 2019.

Price of renewable energy is set to reach parity with coal-based generation and even surpass it. Combined with the government’s revised targets for renewable energy capacity of 100 GW by 2022, coal-based generation is likely to face strong headwinds. Now would be the right time for the government to re-think coal’s contribution to India’s energy mix and formulate a strategy to use existing capacity effectively as well as prevent accumulation of non-performing assets in the future.