Deep-sea mining for building EV batteries: A sustainable approach or an invitation to another catastrophe?

Projections assume use of lithium-ion technology will continue despite alternatives 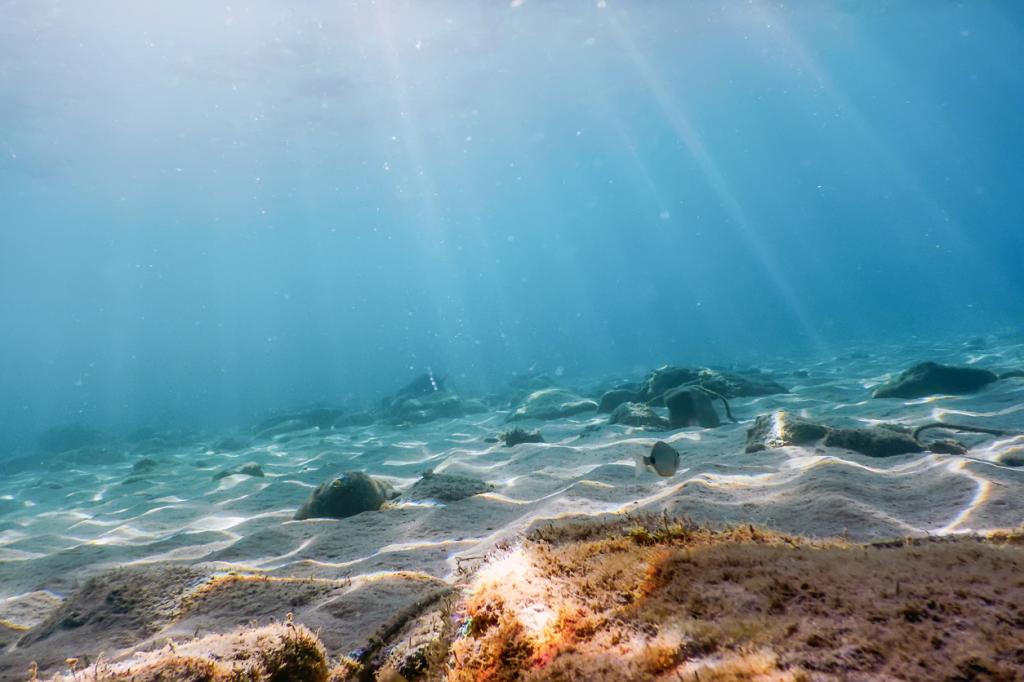 Locked inside a dark room, screaming for help and suddenly the walls start closing in. You open your eyes and realise it was just a dream. But a similar condition exists in the real world — deep down in the sea. There is no light and extreme pressure of water lying above, so how can life even exist there?

The question remained unsolved until the early 19th century when a British Researcher Sir John Ross found a moving jelly-like structure at a depth of around 2 kilometres in the sea. Since then, even after transcending into multiple advancements in technology, a voluminous portion of the ocean remains unexplored akin to the endless space because life there is much older than we can imagine and has grown in numbers that are difficult to count.

Almost 70 per cent of our planet is an ocean and of that, 90 per cent is the deep sea. It houses countless species ranging from minuscule zooplankton to the heaviest whales. This combination supports in maintaining the ecological cycle of our planet.

Now, it might seem that humans have no business with what happens in the dark deep-sea other than just studying aquatic ecology. But the reality is that human avarice has even reached that depth to disturb its peaceful state.

Mining investors are eying metals they can extract from the sea bed to build electric vehicle (EV) batteries. These talks are at their incipient stages but slowly making headlines. I am in full support of the transition to electric mobility but where I part company is that no such move should undervalue the importance of living in the deep waters. The reasons are on multiple fronts.

The proponents of deep-sea mining claim that building EV batteries requires minerals such as cobalt, lithium, nickel, copper, vanadium and indium. Demand for these minerals will skyrocket with the rising demand for EVs. It will put pressure on the existing land mineral ores, so there is a need to identify alternative sources to extract these minerals.

A study by researchers at Greenpeace, a global environmental campaigning organisation, shows that the projected rise is subject to multiple factors such as technological advancements in battery chemistry, capability to recycle minerals from used batteries and investment in public transport infrastructure.

Many projections assume use of current lithium-ion battery technology (incorporating cobalt and nickel) will continue despite the available and in-development alternatives of cobalt-free lithium-ion batteries such as lithium-iron-phosphate batteries.

For example, Tesla’s EV battery requires neither cobalt or phosphate. General Motors in 2020 unveiled their battery system that uses 70 per cent less cobalt than current batteries.

Simultaneously, the automobile sector is gearing up to invest in battery mineral recycling which will further reduce the future mineral demand. Battery recycling could reduce lithium demand by 25 per cent, cobalt by 35 per cent as well as nickel and copper by 55 per cent by 2040, according to the Institute of Sustainable Futures.

China is leading this race with plans to set up a $5 billion recycling plant in Hubei province. Swedish startup Northvolt, a Volkswagen and BMW partner, plans to recycle 25,000 tonnes of batteries per year. The European Commission aims to cut down demand by 12 per cent for lithium, 4 per cent for cobalt and 4 per cent for nickel through battery recycling.

The future demand for minerals will considerably depend on the modal share of countries. In countries where governments bring down private motorised vehicle share by investing in and improving existing public transportation as well as implementing vehicle restraint measures, the demand for EV batteries will also be less.

Considering these factors, it sounds surreal that the projected mineral demand will overtake the supply and the need to commence deep-sea mining will arise. Even if it happens in the worst-case scenario, it is unlikely that deep-sea mining will displace land-based mining significantly. The counterintuitive impact will be that it will give rise to market competition between the two and subordinate foremost aim to reduce the mineral demand.

Another strategic claim made by the proponents of deep-sea mining is that it is a greener option than land-based mining and can significantly reduce child labour in the Democratic Republic of the Congo, where abundant mineral mining sites are present.

But these proponents seem to ignore the potentially irreversible damage that deep-sea mining may cause to aquatic life. So far, fluid jets are the most experimented machines for deep-sea mining that picks up nodules (a potato-size rock full of minerals required for EV batteries and takes millions of years to develop), along with a 15 centimetres sea-bed sediment layer.

The unwanted sediments containing heavy metals are pumped back into the sea, creating sea pollution that can choke jellyfish and other species that transfer a significant amount of carbon back to the sea bed. There is also a possibility that we can lose species before even knowing that they exist.

We know there is a cost to both land and deep-sea mining. The former is known to cause severe environmental problems such as soil erosion, loss of biodiversity and pollution but the latter may also cause catastrophic disturbances in the deep sea, and a lot is yet to be known. So you might question which is better. The answer is: We are yet to conclude.

A bigger question that sits on top of this question is that are we doing enough to optimise the need for minerals in the first place? An electric vehicle on the road is still traffic on the road.

So, do we plan our cities where trips are more local in nature and can be made by walking and cycling so that there is little need to use a private electric car and hence, lower requirements of EV batteries?

Even if we need to go for longer trips, do we have good electricity-based public transportation? How many countries are planning to recycle used electric batteries in circulation? Should the developed and developing world assist the Democratic Republic of the Congo to eradicate child labor by questioning the origin of imported substances and boycotting them if child labour is involved in their production or we just move on to exploit deep-sea in hope that it will help in doing so?

We need to seek answers to these questions before we step down into the deep sea. We have just one planet and within this, we need to decide whether we should go ahead with our traditional approach of exploring, exploiting, depleting and then repeating or finding a more sustainable way out.