Renewable energy is the way forward 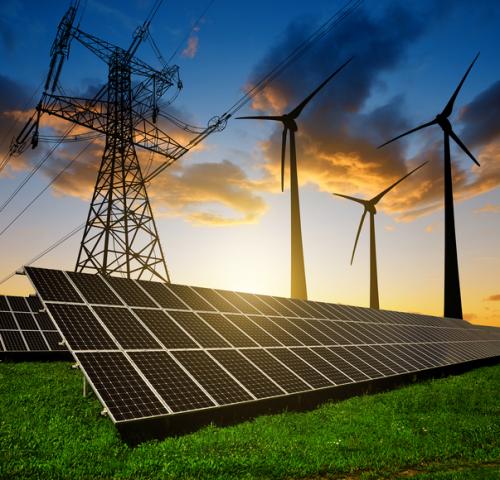 There is a rising sense of environmentalism in people now—they are more conscious about the different kinds of environmental hazards that could affect our future. This has led to cost savings and shift towards sustainable living. Green power has now assumed centre-stage as a way to continue progress through clean technology.

The Fifth Assessment Report (ARS) of the Inter Governmental Panel of Climate Change (IPCC) states that CO2 emissions from fossil fuel combustion and industrial processes contributed about 78 per cent of the total green house gas (GHG) emission increase. In India, the energy sector is the largest emitter of CO2, contributing 55% to the national emissions (Amit Kumar, 2015). Augmenting green power capacity in the country has become a necessity.

India has an estimated renewable energy potential of about 900 gigawatt (GW) from commercially exploitable sources—wind 102 GW, small hydro 20 GW, bio energy 25GW and 750 GW solar power (Ministry of I&B). Generation from conventional sources showed an annual growth rate of over 5% in the 11 months period of 2016-17 while output from renewable power projects rose more than 26% during this period. The target from various renewable energy sources has been increased to 175 GW by the year 2022 (which include 100GW from solar energy and 60GW from wind energy).

The government has announced in February this year, ambitious scheme to double solar power generation capacity under the solar park scheme to 40,000 MW by 2020 apart from various on-going solar power development programmes.

As part of an ambitious greening effort in the Andaman and Nicobar Islands, a plan to set up solar photovoltaic (SPV) power plants at two sites in Port Blair with battery storage of 25 MW is underway—just short of half the islands’ current operational generation capacity that is predominantly diesel-based. According to the Ministry of New and Renewable Energy, once the proposed solar capacity is set up, the Andaman and Nicobar Islands would be the first in India where renewable sources would account for nearly half the generation. More importantly, the setting up of solar power plants with battery storage is being done on such a scale for the first time in the country.

The International Solar Alliance which is an alliance of 121 solar-resource- rich countries was launched after India’s initiative to address their special energy needs and provide a platform to address gaps. With legal framework in place, ISA will be a major international body, headquartered in India.

The major states generating wind power are Tamil Nadu, Gujarat, Karnataka, Maharashtra and Rajasthan. The installed capacity of wind power has risen to 28.87GW due to positive policy environment and promotional assistance. India has attained 4th position in global wind power capacity after China, USA and Germany. The National Institute of Wind Energy has used advanced modelling techniques and revised the estimate of wind power potential at 100 metre at 302 GW. To exploit the vast 7600 km coastline for offshore wind energy in the Indian Exclusive Economic Zone, the National Offshore Wind Energy policy has been announced.

Renewable energy has come in focus globally. A vast artificial island is to be built at Dogger Bank in North Sea to supply of renewable energy. It will act as a hub for offshore wind turbines and a new place to put solar panels. Under the proposals, the island will be connected by electricity cables to UK, Norway, Germany, Denmark, Belgium and the Netherlands.

Wind and solar energy complement each other. There is more sun from spring and autumn and more wind in the colder and darker months in the year (Ian Johnston March 2017).

Integrated energy policy 2006 has projected 800 GW installed capacity in 2031-32. Around 40 per cent of this, or 320 GW will come from non-fossil fuel energy. Considering the renewable energy potential in India, we have to go far at a rapid pace. The technology is evolving fast and therefore research needs a big push. New materials like gallium arsenide and carbon nano-tubes have the potential to increase solar efficiency by 50 per cent.

For wind energy growth, it may be necessary to have installation of mega off-shore plants. The technology of wind towers has to be optimised using advanced techniques. At the same time, boost to other technology for the growth of bio-energy, waste management, geothermal and ocean energies is also necessary.