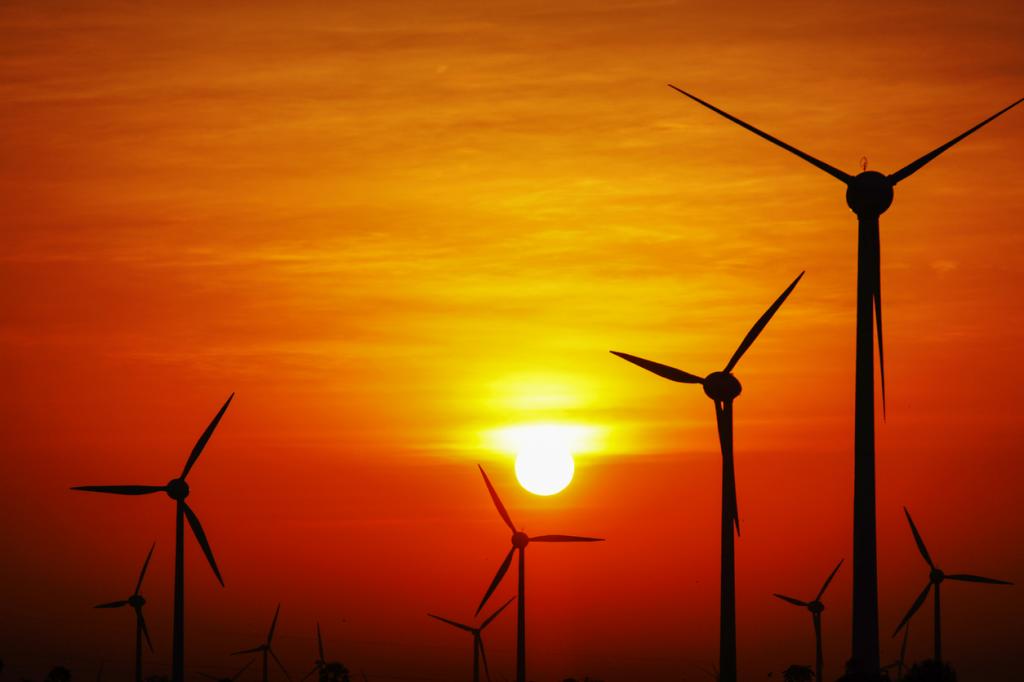 While India has made significant progress in renewable energy capacity building, wind power has been largely neglected. The country must set short-term milestones to accelerate wind development in response to the climate emergency.

The state of Tamil Nadu has the highest installed wind capacity in India. It is home to 25 per cent of the nation’s wind power capacity.

Tamil Nadu has the oldest wind turbines, which date back to the 1990s. Due to their smaller hub heights (25-30 metres) and low capacities (<500 kilowatts), early machines are underutilised.

Due to the mechanical difficulties and inefficiencies associated with old turbines, their capacity utilisation factors (CUF) are often low (10-14 per cent). In the event of worn-out turbines, energy generation will decline, and developers will need to decide on optimising end-of-life machines.

India plans to generate 500 gigawatts of non-fossil energy by 2030, including 140 GW of wind power. Since land is finite, this can only be accomplished by repowering existing wind installations in Class I wind sites with high wind speeds and density.

Repowering involves replacing old small turbines with high-capacity turbines that have higher utilisation factors. Since most of the old wind turbines in Tamil Nadu are rusted, have broken towers and outdated wind-generation components there is an urgent need for repowering.

Around 53 per cent of the turbines with less than 550 kW of capacity were installed in Tamil Nadu before the year 2000. They provide an opportunity for continuous sizeable volume for repowering on a rolling basis.

Repowering can result in improved CUFs (25-30 per cent) and significant increases in the state’s renewable energy capacity. Modern wind turbines produce more power because of their optimised blade designs and higher hub heights.

According to the National Institute of Wind Energy (NIWE), over 3,000 wind turbines in the state have capacities less than 1 MW each and a cumulative capacity of 800 MW that has exceeded its design life of 20 years.

The repowering process would generate large quantities of waste that would need to be managed sustainably. This is a challenge because of the strength, durability and mixed nature of the blades. Comprehensive policies related to decommissioning and recycling of components are urgently needed.

All wind turbines that have CUFs less than 15 per cent are technically ready for repowering, according to the NIWE. Their CUF can be doubled or, at wind-intensive sites, tripled. The capacity could be increased by three to four times.

As a result, the estimated generation at a repowered site could be 4-12 times higher. To accommodate future technology, NIWE estimated India’s wind energy potential to be 150 m hub height.

Modern wind turbines have a plant load factor (PLF) of 30-35 per cent. If repowered, the project capacity and PLF of the turbines can go up two-three times and this can translate into annual energy production rising by at least five times.

If solar power is also added to these calculations, leading to hybrid renewable energy projects, annual energy production can go up more than six times.

As soon as the design life of a wind turbine is reached, they must be either decommissioned or analysed for residual life and certified for the remainder of their lives to prevent issues about safety or performance.

The policy allows repowering of wind turbine generators (WTG) of 1 MW and less. It offers an additional interest rate rebate of 0.25 per cent on the loans financed through the Indian Renewable Energy Development Agency (IREDA).

In response to petitions filed, the Tamil Nadu Electricity Regulatory Commission (TNERC) issued an order in February 2021 that clarified the MNRE repowering guidelines. Despite this, implementation of repowering has been slow.

In terms of enabling repowering of older wind farms, the repowering policy has had no impact. Based on CSE's analysis, the reasons are as follows:

In India, repowering refers to the process of retiring older wind turbines and maximising the use of existing resources. By using modern wind turbines and including solar to make the best use of natural resources as well as the power evacuation system, repowering can increase energy generation by more than six times.

To maximise the use of the best sites for repowering, it is necessary to construct new wind turbines. It implies a long-term policy and roadmap for the development of large-scale wind turbine models, as well as improvements in infrastructure, given the current repowering market size of around 5 GW.

Government should bolster transmission facilities massively. It should include repowering projects to meet the target of 140 GW of wind energy by 2030.