Taking off from CoP26: Is Green Grids Initiative the way forward for India? 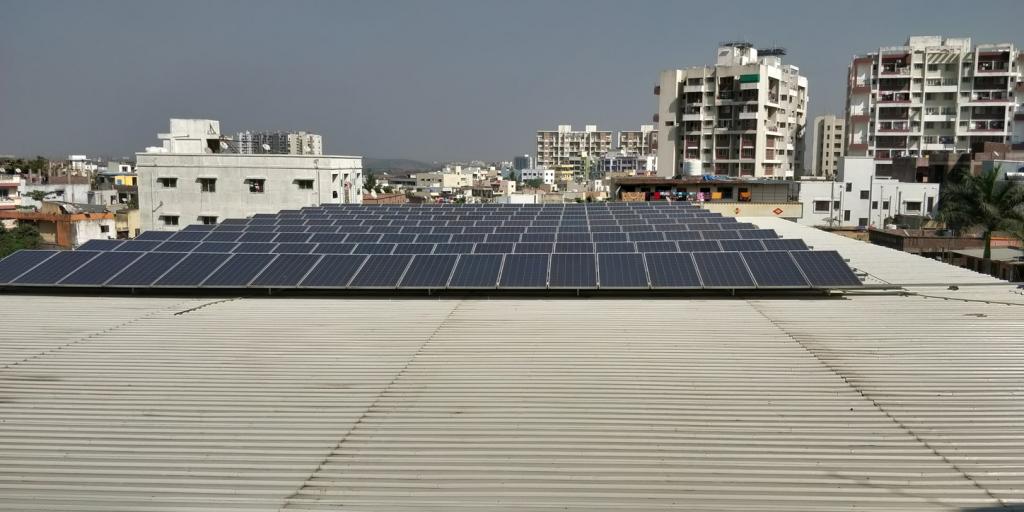 The 26th Conference of Parties to the United Nations Framework Convention on Climate Change (COP26) in Glasgow saw the participation of over 120 world leaders, 40,000 participants, 22,744 political party members and over 3,800 media representatives.

The conference promoted discussions on climate change issues and solutions that resulted in the Glasgow Climate Pact, including commitments to strengthen efforts to build climate resilience and curb the emission of greenhouse gases.

The conference called for participating nations to accelerate their transition from fossil fuels to clean power. This was significant since the energy sector accounts for more than a quarter of global greenhouse gas emissions.

Based on such deliberations of CoP26, India’s Prime Minister Narendra Modi announced India’s Panchamrit to accelerate the energy transition in India. Furthermore, under the International Solar Alliance, India announced the launch of the Green Grids Initiative — One Sun, One World, One Grid (GGI-OSOWOG) in partnership with the United Kingdom. This piece aims to highlight challenges and opportunities of GGI in India.

GGI-OSOWOG was conceived in 2018 to develop global interconnected solar energy systems. In May 2021, India and the United Kingdom committed to launching GGI at CoP26.

The initiative aims to build a framework for global cooperation on the effective utilisation of renewable resources and to help ensure that clean and efficient energy is a reliable option for all nations to meet their energy requirements by 2030.

This project aspires to harness the sun’s energy and build a global interconnected electricity grid to accelerate the transition to renewable energy.

The development of the grids will take place in three stages:

The initiative is expected to connect more than 80 countries across a large geographical area, with varying levels of sunlight. A transitional system will enable countries with low levels of sunlight to obtain energy from areas with an excess of it.

Lately, solar energy has been improving the lives of millions of people in rural India, enabling them to carry out activities and improving their standard of living in an environmentally friendly manner.

An example of this is the implementation of solar-powered agriculture pumps to extract groundwater, which are more environmentally friendly than traditional diesel ones. The number of diesel pumps in India is 10 million.

It is estimated that the replacement of 1 million diesel pumps with solar-powered pumps can improve agricultural output by Rs 30,000 crore, while also mitigating diesel usage.

The implementation of GGI can enhance the quality of life of rural communities in many other areas like access to electronic gadgets, clean drinking water, among others.

However, certain obstacles need to be considered during the implementation of the initiative. Its documentation does not comment on improving the efficiency of the existing solar energy infrastructure in the country.

Furthermore, a majority of the solar energy infrastructure is located in desert regions, which brings dust deposits on panels. A layer of dust decreases solar power conversion efficiency by 40 per cent.

There are also hidden environmental costs of setting up solar energy infrastructure. Solar energy technologies such as batteries and panels use energy-intensive raw materials and several chemicals and heavy metals that need to be handled and disposed of correctly.

In India, the problem of e-waste and industrial discharge in rivers is at an all-time high. This  makes proper waste management mechanisms necessary to reduce the environmental stress, primarily caused by an increase in solar energy infrastructure.

The initiative also does not define strategies to recycle and repurpose existing infrastructure, which can be an exciting avenue to view through the circular economy lens.

Since 2011, solar power capacity worldwide has been growing by 70 gigawatts per year. Solar panels generally have a lifespan of 25 years, after which they have to be retired since they lose their efficiency.

According to these trends, it is estimated that 28 million panels will have to be decommissioned every year, starting 2026. Most of these panels will be disposed of in landfills, drawing severe environmental repercussions. Therefore, developing a system that encourages the repair, reuse and recycling of existing solar panels is essential.

Is GGI the way forward?

Before GGI is implemented, a lot of factors need to be reconsidered. Environmental costs of solar power, efficiency issues, energy losses due to conversion and transfer, and the problem of waste management are barriers that need to be addressed urgently by the implementing bodies.

In India, specifically, the implementation of GGI comes at an increased environmental cost due to waste disposal issues. These obstacles need to be worked around by developing specific systems to reuse and recycle existing infrastructure.

There have been no indications of country-specific plans for India to enable a smooth transition from traditional energy systems to solar energy and improve energy conversion efficiency.

To make the initiative a success in India, there needs to be a careful consideration of the initiative's costs and the benefits. Its modifications need to be planned in ways that suit the country's requirements and resource capabilities.

The initiative has opened many opportunities for India to put itself on the global stage of renewable energy. With the recent coal shortage serving as a reality check alongside the global race to Net Zero, India’s transition to renewable energy should be expedited.

The GGI serves as a good starting point for the same, provided the nation overcomes the aforementioned challenges and considers the environmental costs of implementing the initiative.