In spite of the change technology promises, the change on ground is so miniscule that the reality of dirty energy and dirty vehicles swamps the little benefits 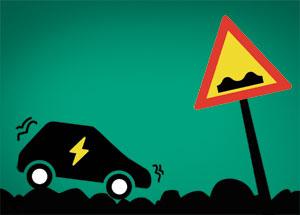 Do you feel, like me, that an “Ah Hah” moment is just there, but we keep missing it? Just consider how e-vehicles are now the talk of the town; how industry has technology to make fuel out of solid waste or even second-generation ethanol from bamboo and rice straw-run vehicles without pollution and change the way we do business with pollution. The technology in reach now promises to convert municipal waste and sewage into fuel. In one stroke, we de-carbonise vehicles, deal with garbage and achieve the best emission standards—better than the BS VI emission standards. The opportunity of these technologies looks immense. Exciting.

But the change on ground is so miniscule that the reality of dirty energy and dirty vehicles swamps the little benefits. Why are we not able to see the transition at the scale and pace needed? Why are we not profiting from the opportunity of a re-invented future? This is when the politician-policy narrative has dramatically changed and there is optimism and drive to push new generation technologies. No longer is the issue of air pollution, for instance, out of the table. But still. No disruption. Not yet.

Take e-vehicles. So much buzz, but in reality, we do not even have a clear policy for what we will promote and how. The Union Cabinet has recently cleared the National Mission on e-vehicles, but as yet there is huge confusion about the direction of the technology roadmap—e-vehicles or hybrid or both. Battery operated electric vehicles run entirely on electricity, while hybrid vehicles (mild, full or plug-in) combine the use of the internal combustion engine with battery. The NITI Aayog has been tasked to come up with this policy.

But the most important question is how will the transition be supported? The only supportive programme is the government’s Scheme for Faster Adoption and Manufacturing of (Hybrid &) Electric Vehicles (FAME), with an outlay of Rs 795 crore, of which as of December 2017 some Rs 400 crore was available. The scheme has now, rightly, prioritised funding of public transport buses in cities with a high air pollution load.

Under FAME, initially, there was a discussion to give some 100 buses each to five high impact cities. But now, it is down to 40 buses for nine cities and Jammu and Guwahati will get 15 buses as they are in the special category. The government subsidy is capped at R85 lakh to Rs 1 crore per bus, depending on the level of localisation—15 to 35 per cent of the buses would have to be made/assembled in India. In addition, each of these 11 cities will have to spend up to Rs 5 crore for setting up the infrastructure for charging.

The other scheme for scale-up of e-vehicles is under the Energy Efficiency Services Limited (EESL), which has tendered for some 10,000 vehicles and awarded this to Tata and Mahendra Motors (70:30 ratio). It has received the first lot of 500 cars, specifically for Delhi and the National Capital Region. It is also setting up 125 charging stations in government offices, where these vehicles will be parked.

The question is what is all this adding up to? India registers over 17 million two-wheelers and over 2.5 million cars each year. The 100 e-buses will get totally lost in the over-crowded, already congested and polluted cities. This strategy of incremental change is not the way to make a transition work.

Let’s then look at what has worked. Countries that have pushed this disruptive technology have set clear and enforceable targets. China's zero emission vehicle mandate requires every vehicle manufacturer and importer to ensure that 10-12 per cent sales are e-vehicles by 2019-20. This should not surprise us. The fact is that when Delhi went through its own gas transition, it was done under a specific mandate. The Supreme Court laid down that all buses and three-wheelers would be run on CNG and that diesel buses would be penalised for each operational day. In just two years, the city brought in 100,000 vehicles. But today, we don’t want to discuss any tough mandate as it steps on too many toes.

Then there is the tricky issue of spending lots of money, which makes scaling up possible. There is no doubt that the Government of India should not subsidise private vehicles. Instead, here the approach should be to work with the fiscal structures to incentivise cleaner vehicles. The approach also should be to do what EESL is doing—bulk contracts to drive down price and make vehicles available to select target groups.

But none of this will work for public transport. Here government has to put money down—and much more than what is it thinking of today. The fact is that bus operations in our cities are in the red today. This is even when the bus cost has been fully depreciated. Even if the private sector is allowed to bring these buses, they will need the costs to be recovered from operations. The current bus ticket rates—the bus competes with the two-wheeler cost and even less—will not allow for profitable operations. Therefore, public money is needed to bring in good technology. No half measures will work here. Otherwise, we will have vision (lots of it) and no change.

(This editorial was first published in the 16-28 February issue of Down To Earth).