Ujjwala in southern Rajasthan: A cylinder half full

The scheme must be evolved so it is not just aimed at providing connections but ensuring its positive effect on health, clean energy access, gender disparity and rural community 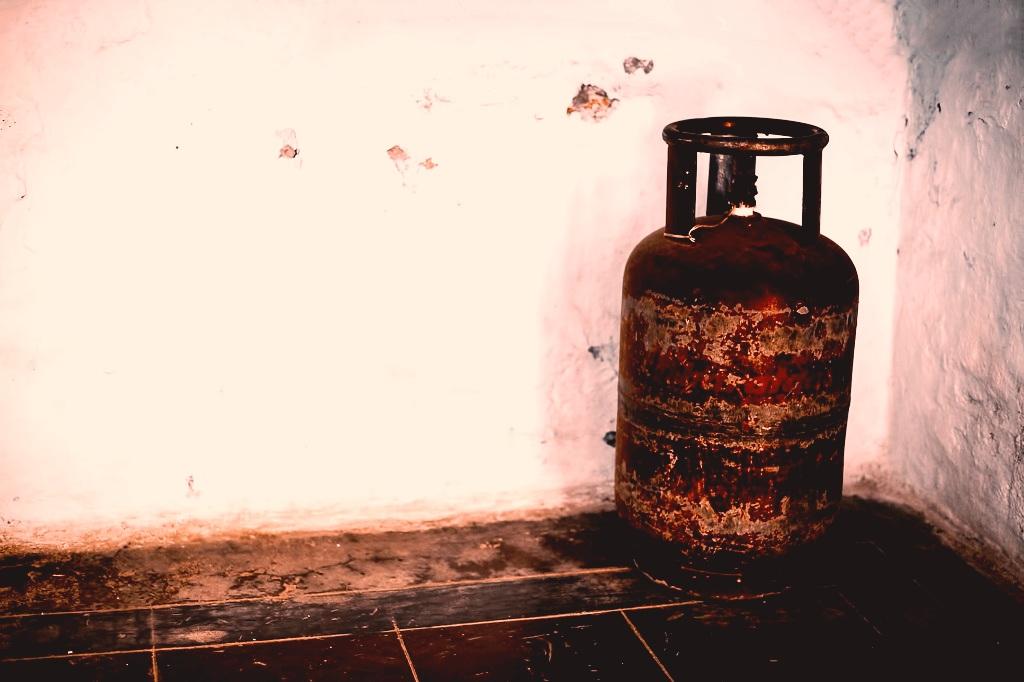 According to the 2011Census, about 65.9 per cent of households depend on solid biomass, including firewood, crop residue and cow dung as the primary fuel for cooking in India. According to the estimates of World Health organization (WHO), unclean cooking fuels alone killed about five lakh Indians. Also, indoor air pollution is responsible for a significant number of acute respiratory illnesses in young children. According to experts, having an open fire in the kitchen is like burning 400 cigarettes an hour.

The Centre launched Pradhan Mantri Ujjwala Yojana (PMUY) on April 1, 2016 to provide deposit-free LPG connections to households below poverty line (BPL) by providing them with financial support of Rs 1,600 for each LPG connection and interest-free loans to purchase a stove and refill by oil marketing companies.

In India, where the rural poor has limited access to cooking gas, providing LPG connections to BPL households would ensure universal coverage of cooking gas in the country.The beneficiary in this scheme is the woman of the household. The tagline of the scheme is ‘swachh indhan, behtar jeevan’ (clean fuel, better life). According to the data available on the PMUY website, almost seven crore PMUY connections were released till March 2019.

VikasAnvesh Foundation conducted a study on the status and impact of the PMUY scheme in the villages of southern Rajasthan. A sample of 669 individuals from around 60 villages spread across four districts of Rajasthan was surveyed during February 2019.

First-year students of the course Indian Social Political Environment (ISPE) at Indian Institute of Management, Udaipur, administered a questionnaire to respondents during five days of their rural immersion programme. The objective of the study conducted was to understand the status of the Pradhan Mantri Ujjwala Yojana in rural Rajasthan, behaviour towards the adoption and usage of LPG and assess the impact of using LPG cooking gas on the lives of women.

The first step in the successful implementation of the scheme is spreading awareness by agencies and government bodies in the community. There are fairs organised to spread awareness among the targeted groups. In the study, almost 56 per cent of the respondents said they knew about the scheme through the awareness spread by the panchayat and the government officials. The respondents who did not use LPG were also aware of the PMUY scheme and the benefits of LPG.

The beneficiaries of the scheme are BPL families and Scheduled Castes (SC)/ Scheduled Tribes (ST) and weaker sections of society are to be preferred. In the study sample, 69 per cent of the respondents, who availed the PMUY scheme, belonged to ST. Almost 55 per cent of PMUY beneficiaries interviewed had never attended school, and 11 per cent could only sign, which shows that the targeted population has benefitted from the scheme.

Some of the respondents in the study have applied for the PMUY scheme but not yet received the connection. The majority said they did not get a connection because there was a delay from the oil marketing companies (OMCs) in providing the connections. The distance of the agency office from the villages is long. Hence, the respondents are unable to complain to the concerned agency or complete any incomplete formalities.

The study reveals that less than half of the PMUY beneficiaries have attended any training sessions. The first-time users of LPG learn to use it from their relatives and neighbours. Many users said their city/town-based relatives taught them how to use the LPG cooking stove.

Also, the cost of the LPG plays a significant hurdle in the usage of LPG. The respondents, who had yet not applied for the PMUY, said the cost of availing an LPG cylinder even after availing the scheme is too high. The recurring cost of refill is also high. Even among the PMUY beneficiaries, respondents do not take refills because the cost of refills is high.

Many in the sampled population complained that the 14.2-kg cylinders are a burden on rural households. It is challenging for the agencies to provide delivery of cylinders to remote villages. In this case, villagers have to pick up the cylinder themselves. They then prefer collecting firewood and making uplas/cow dung cakes rather than travelling long distances to get the refill.

In the study sample, less than half of the PMUY users use the cooking stove regularly, and almost all of the PMUY beneficiaries use alternative fuels like firewood and cow dungs despite having an LPG connection. This shows that the rural PMUY beneficiary is still dependent on traditional fuel for their everyday cooking needs.

Behavioural and cultural beliefs of using biomass fuels play a significant role in the successful implementation of the scheme. The villagers prefer using the LPG connection only to make tea or heat food. Rest of the cooking tasks are done on wood-fired stoves as, according to them, LPG does not provide enough heat to make roti or vegetables for a large household.

The benefits of the LPG connection are evident among all LPG users. PMUY beneficiaries experience a noticeable reduction in back pain, knee pain and incidences of cold and cough caused due to smoke. The beneficiaries said there is reduction in drudgery of carrying firewood and making cow dung cakes too. Cooking on an LPG stove takes less time and also provides better control of temperature compared to a chulha.

However, economic reasons surpass all of the above benefits. Majority of the respondents feel that LPG is very expensive compared to alternative fuels. The maintenance cost is also very high. The respondents, notably men, did not like the taste of the food cooked on LPG cooking stove. They feel that the wood-fired stove provides better and healthier food.

The last aspect of the study looked at the safety measures taken by the households which use LPG. According to the scheme’s guidelines, the OMCs have instructed their LPG distributors to issue connections only after getting satisfied and completing with safety provisions in the house of the applicant.

The tagline of PMUY scheme ‘swachh indhan, behtar jeevan’ will be realised only when the government follows up with measures which ensure the usage of LPG. The programme has been successful in introducing LPG to rural India. However, there are various aspects like affordability, access and availability that act as hurdles in the successful implementation of the scheme and giving rural households, especially women, a better life.

Many studies suggest providing solar stoves or electric stoves instead of providing LPG connections at a subsidised price. However, these solutions have to overcome the economic barriers and fulfil the behavioural practices and the cultural beliefs of the community.

Localised solutions can also be evolved to prevent the use of firewood or cow dung cakes. Instead of looking at appropriate technology to curb household air pollution, state-of-art technologies can to be devised to overcome the problems people face in adopting LPG.

The scheme has to move ahead from providing connections to ensuring there is an overall effect of the scheme on health, clean energy access, gender disparity and the development of the rural community in India.