Why the International Solar Alliance is geopolitically significant 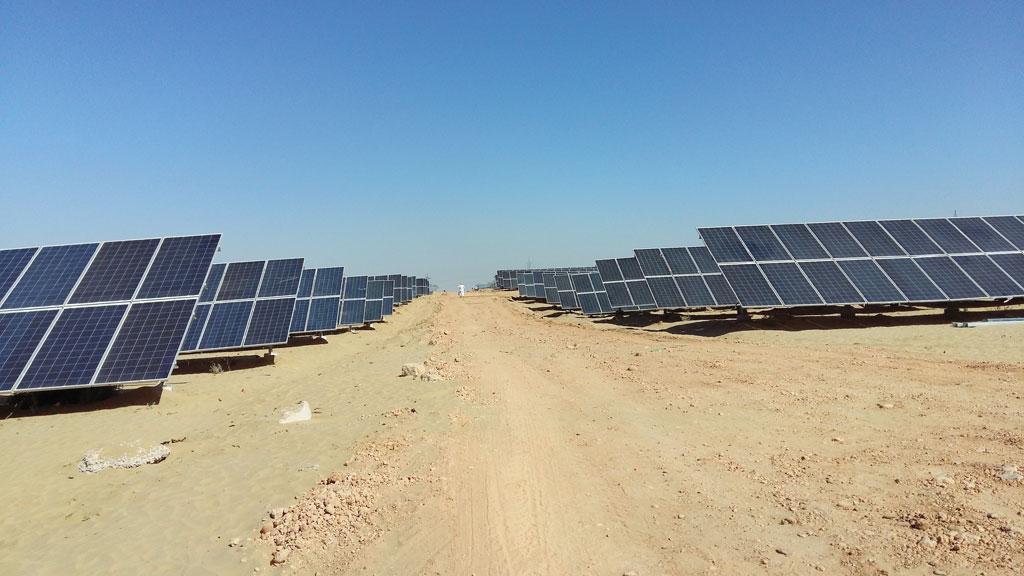 In the academic discourses on energy security, a “shift” is taking place which is known as “energy transition”.  The key objective of this process is to ensure “clean and affordable energy” to the masses which, in turn, can ensure “sustainable security”.

Like the  earlier transitions, the present move towards harnessing Renewable Energy(RE) is also having its own geopolitical consequences. The emergence of solar energy as an important component of the RE dialogue process is taking place when the prices of oil and gas are fluctuating in the international market along with large-scale environmental problems which are associated with conventional sources of energy.

Solar energy is an important constituent of RE which is getting attention from both, policy makers as well as scientists as an alternative source due its wider “availability” along with “affordability”. The process of establishing the International Solar Alliance(ISA) is taking place when there is a growing need for RE as an alternative source of energy both at the global and regional level.

This initiative on part of India and France reflects the need to establish a cohesive and robust global body which can meet the twin goals of “adaptation” as well as “integration” of energy resources along with climate change. As has been stated by the then Secretary General of the United Nations, Ban Ki Moon, in the aftermath of the Paris Conclave, “It will save lives, improve human well-being and promote more peaceful, stable societies.”

One of the key aspects of the Paris  Agreement is that it called for effective measures “to double public investment in clean energy research and development”.

Recently, the Paris-based International Energy Association (IEA), in its latest report, Global Trends in Energy 2018, painted a worrying picture about how demand for  energy is accentuating the threat of climate change. The report adds that because of high economic growth across the world, the burning up of energy has doubled in comparison to 2010. The IEA states that “CO2 emissions increased to 33.1” in 2018. This, the report attributes to growing use of fissile fuels and coal. It further states that coal accounts for “30 per cent of all energy-related carbon dioxide emissions.”

The importance of solar energy in the domain of global energy security has to be studied in the backdrop of two simultaneous transitions which are occurring in global energy dynamics. These are, growing demand for energy as evident from the above IEA report and secondly, the need for “clean energy”. This is more so for the transitional and emerging economies which are at the forefront of tackling two major problems which confront them on a day-to-day basis: improving the standard of living of the population and at the same time, “accessing safe and secure energy at a cheaper prices”.

Most of the transitional states are facing these problems as they cannot afford energy due to geopolitical complexity. As has been stated by IEA in its latest report, there are more than “600 million people without access to electricity” in Sub-Saharan Africa. Moreover, not only energy-deficit countries, but even some energy-rich Central Asia states are prone to energy poverty.

This was brought into focus in 2017 by the UNECE-titled Renewable Energy Status Report. As per the report, though some Central Asian states like Kyrgyzstan and Tajikistan have achieved 99 per cent electrification, what is handicapping them is that lack of poor maintainace of grids and poor infrastructure.

The formation of ISA and its geopolitical and geo-economic significance has to be understood in the context of some of the above-mentioned problems. As has been argued in its mission objectives, it is  necessary to tap sun rays and use them for electricity generation, which can significantly meet the requirement of local population which, in turn, would improve the standard of living of the population. It has also been observed that since countries located between “Tropic of Cancer and Tropic of Capricon” have access to uninterrupted sun rays, it is necessary to tap these resources for the betterment of the society.

When India took the lead to provide alternative energy sources along with France, there were skepticism over the success of this alliance which came into existence during the Paris Climate Convention. However, till now, as per the ISA website, around 122 countries have ratified the same. The moot point of ISA is that it gives representation to countries like Fiji and South Sudan, along with advanced countries like Australia and France, thus taking a step to ensure global equity. As Prime Minister Narendra Modi in his address to the first Assembly of the ISA in October 2018 highlighted, this was  a step towards “One World, One Sun and One Grid”.

In the same summit, Modi expressed optimism that this is going to be the “alternative OPEC”. The Indian Prime Minister’s view can be substantiated from the fact that Saudi Arabia, which monopolises energy production, has also joined the ISA recently. This demonstrates that ISA is, over the years, becoming an important platform for equitable production and distribution of energy resources. Unlike conventional energy like oil, gas and coal which need to be extracted and transported to the third country through pipeline or sea tankers, the advantage of harnessing solar energy lies in the fact that it can be produced at local level at a minimal cost. Here lies its geopolitical significance.

Why is ISA important

One has to keep in mind three important considerations while examining the geopolitical significance of solar energy. First, it is harnessed from nature free of cost and is abundantly available. This is in contrast to oil and gas-based energy, which are located in specific parts of the world like West Asia, some parts of North Africa as well as in Eurasia along with the United States.

There was a sense of disquiet in energy-dependent countries as they used to import the bulk of these energies from faraway places and by paying heavy prices. This created most of the geopolitical conflicts in the 20th century. Scholars specialising on energy security argue that the root causes of both, the First and Second World Wars and the accentuation of the Cold War between the erstwhile Soviet Union and United States can be attributed to the demand for oil and gas. Some of the geopolitical doctrines like the Carter Doctrine which Washington espoused in the 1980s (to get its energy resources from West Asia) along with the Iran-Iraq war can be attributed to the need for energy. Similarly, post-1991, the Bill Clinton Administration used the same phrases to get a preponderance in the energy rich Caspian region.

It has also been observed that growing radicalisation in different parts of the world can be attributed to energy geopolitics. The Boko Haram terrorist group of Nigeria,   religious extremists of Russia's North Caucasus region along with other Caspian states and the ISIS of West Asia are some good examples to demonstrate how religious  extremists use oil money to further their objectives.

Studies also show that most of the oil-producing states often indulged in supporting radical extremist groups to further their own objectives. The political elite in these countries never took any strong measures to checkmate these extremist groups because they provided direct and indirect support to the ruling regime. Some of them feared that if they did not provide support to these Islamist groups, they might face local revolt. If solar energy will be used extensively in different parts of the world then there will be lesser dependence on energy from these few pockets of the world. This will also break the monopoly of the countries (mostly West Asian states) who use oil money to fund terrorist activities. Since there will be lesser money available to the radicals, one can foresee a minimisation of such radical activities in future.

The final point that needs to be addressed here is that since most of the member states of the ISA are poorer countries, they can join together and bargain with the oil- rich countries to break their monopoly over oil and gas. For instance, India, which is emerging as the hub of solar energy, being one of ISA's founders, can reduce its energy dependence on the West Asian countries. This will save a lot of foreign exchange. Similarly, volatile states like Afghanistan, Uzbekistan and Turkmenistan, because of having an abundance of solar energy, can join together and form an institutional body to tap solar energy.  This can foster the creation of an alternative electricity energy grid based on solar energy.

Already, attempts are being made in the direction within the ISA. The Indian Ocean Renewable Ministerial (IORM) meeting, which met in October 2018, is a step in this direction. In that meeting, an institutional agreement between the ISA and IORM was signed. Under the proposal, both bodies agreed to “share technology” and “jointly cooperate” for greater partnership in harnessing solar energy. Similar cooperation can be made with other like–minded regional groupings like Organisational African Union, Shanghai Cooperation Organisation and  the Group of Latin America and Caribbean Countries.

It may be recalled here that in 2018, ISA has signed an agreement with the African Development Bank to harness solar energy. The basic objective of the Joint Declaration, as mentioned in the agreement, was to “develop a roadmap to mobilise financing for promotion of solar energy in prospective African ISA member countries”.

Similar agreements can be signed to tap resources like lithium located in Latin America. For example, Latin American countries like Chile, Argentina and Bolivia have the largest deposits of lithium, which can be used for producing batteries. More engagement with these countries can facilitate acquiring lithium. During Indian President Ram Nath Kovind's his visit to Bolivia, both countries agreed to jointly develop Lithium batteries and Bolivia also expressed its keenness to join ISA.

The above joint cooperation between India and Bolivia demonstrates that trans-regional solar energy cooperation can pave the way for equability and a just energy order in the international arena. One positive aspect of solar energy cooperation among different regions is that it gives a new impetus to the notion of the Global South. A moot point that needs to be addressed here is  that  along with regional cooperation, ISA is also taking a big step towards addressing some of the questions like “technological transfer”,  “storage of solar energy” and even financial assistance to member countries, along with project layout and project planning are being carried out as has been envisaged on the ISA website.

To sum up, it can be stated that ISA is certainly going to add a new dynamism to  energy diplomacy in the 21st century.  In the foreseeable future, one can witness a  just and equitable energy order if solar energy, along with other forms of renewable energy, can be harnessed more positively.