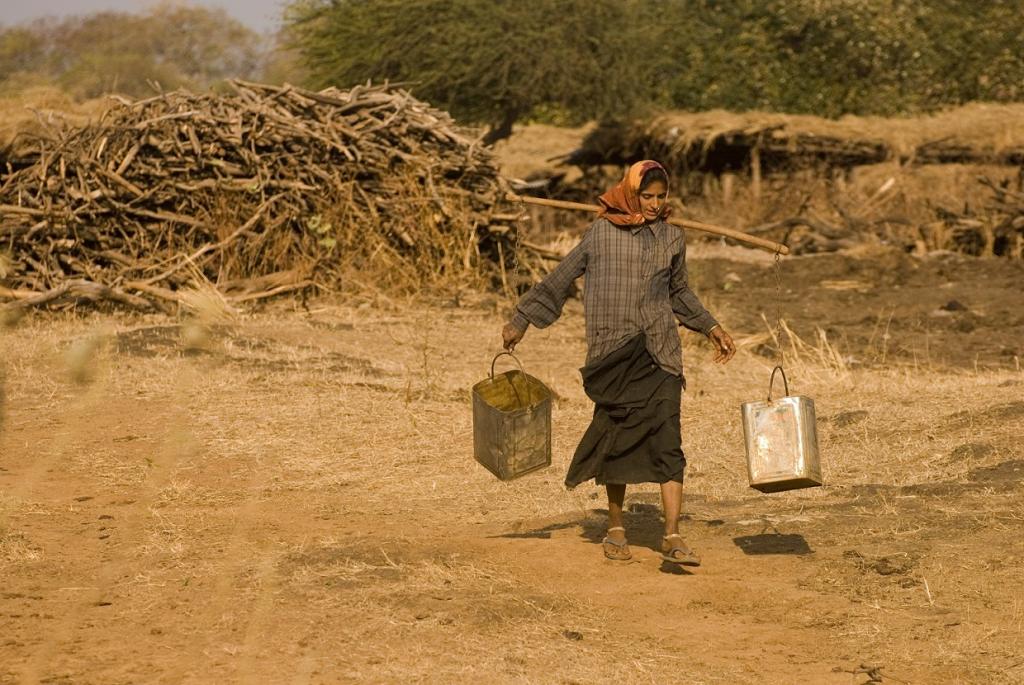 We need a forest policy that recognises the potential of people to grow, manage and use forests sustainably. Credit: Agnimirh Basu

The status of our forests is reported every two years in the State of Forest Reports (SFRs). Since 1987, fifteen such reports have been published, the latest being SFR 2017, published in February 2018. SFRs have multiple sets of data on growing stocks (sum total of volume of all trees in the forest), forest cover within the recorded forest areas (these forests are managed by the forest departments) and on private land. All data are not available for all years, but there is enough to enable a coherent analysis on the health of our forests.

If we ignore the coarseness in the 1989 data due to less advanced satellite imagery technology, then in the last 30 years, the forest cover of the country has increased by 68,139 km2. This is equal to 1.5 times the area of Haryana. But, most of the increase has been in the category of open forest, which are largely degraded forests. Open forests have increased by 44,388 km2 (similar to area of Haryana), while the dense forests have increased by only 25,751 km2 (about the size of Meghalaya).

If we join the dots, we find that the health of our forests has declined significantly. First, most of the increase in dense forests is plantations on private land; changes in dense forest cover inside RFAs are insignificant. Second, the increase in total forest cover is also largely because of the trees grown outside the forests, mostly under social and farm forestry. Third, RFAs have experienced significant degradation in the last 30 years. Thus, we have had significant loss of ecologically diverse forests and major gains in plantations outside forests.

The NFP 1988 was enacted with the aim of “preserving the remaining natural forests” and for “increasing substantially the forest/tree cover in the country”. It debarred the private sector from raising plantation on forestland and encouraged them to source raw materials directly from farmers. It promoted substitution of wood with other materials. The policy also envisaged “vesting in individuals, particularly from the weaker sections, certain ownership rights over trees” for protecting and enhancing forests.

Thirty years down the line, one can safely say that most of the goals of NFP 1988 have been either partly fulfilled or remained unfulfilled. The goal of increasing tree cover outside RFAs and promoting agroforestry has been notable, though much more needs to be done to realise the full potential of agroforestry. Similarly, the policy of substituting wood with plastic and metals has been successful. But the goal of preserving natural forests has failed miserably and so has the goal of vesting forest rights in forest-dependent communities, which is being resisted tooth and nail by the forest department. The Forest Rights Act, 2006 took the matter out of the hands of the foresters; otherwise the rights of the communities would never have been recognised. The bottom line is that NFP 1988 did not fail—its implementation did.

But is NFP 1988 suitable for contemporary India? The answer is no. We do need a new forest policy that recognises the role of forestry in climate change and the potential of people to grow, manage and use forests sustainably. Unfortunately, the draft NFP 2018 fails to do this.

The draft NFP 2018 has two main objectives. The first is to bring back the private sector in forests; the 1988 policy had debarred them. The second is to reassert the control of the forest department over the forests by undermining the Forest Rights Act. Apart from these, the policy has a sprinkling of good objectives like promoting agroforestry by loosening control over the farmers and reversing the wood-substitution policy.

The draft policy provides for public–private participation (PPP) models for afforestation and reforestation activities. But this policy is in direct conflict with the policy of promoting social/farm forestry. As industries get forestlands cheap, they will raise captive plantations of monoculture species, bringing down their production costs. Farmers growing the same tree species will not be able to compete against such low prices. Bringing the private sector in production forestry will completely undermine farmers.

The question, then, is how do we restore our degraded forests, meet our wood demand and fulfil our pledge to mitigate climate change.

The answer is that since the 1970s we have had a production forestry system in place in the form of Forest Development Corporations (FDC), although they are being managed poorly. With close to 1.3 million hectares (ha) of forestland under their control, FDCs need technical and financial support to improve productivity of their plantations. The private sector can partner with FDCs and increase productivity of this land. Similarly, agroforestry can be further scaled up by removing restrictive regulations and providing incentives and operational support systems. FDCs and agroforestry, together, can meet the wood demands of the country.

As far as restoring degraded forestland is concerned, we already have a PPP model (public–public partnership) in the form of Community Forest Resource (CFR) rights under the Forest Rights Act. Close to 1.2 million ha of forests is managed under CFR by the forest-dependent communities. There is ample evidence to show that CFR can transform livelihoods of communities and conserve and regenerate forests. Sadly, the draft policy has chosen to undermine CFR by proposing a new community-forest-management mission. This parallel mission will control the CFR process, taking power from the communities and vesting it with the forest department.

The fact is that India is still to shed its colonial hangover in forest administration. Foresters do not want to give away control over the forests. But this attitude is changing across the world. Many developing countries have given communities the right to manage forests and the results have been impressive. Over 500 million ha of the forests in the world (1.5 times India’s area) are under some form of community control. In Brazil and Colombia (both with huge forests), the deforestation rate has been reported to be two times lower in community-controlled forests as compared to those not under community management. The forest departments in these countries have reversed their roles from being owners and regulators of forests to becoming facilitators in community-managed forests. This is the paradigm shift required in India’s forest administration. The new forest policy must be based on this. Otherwise, there is no need of a new forest policy.