Relying on forests to achieve net zero targets not a good idea, and scientists agree 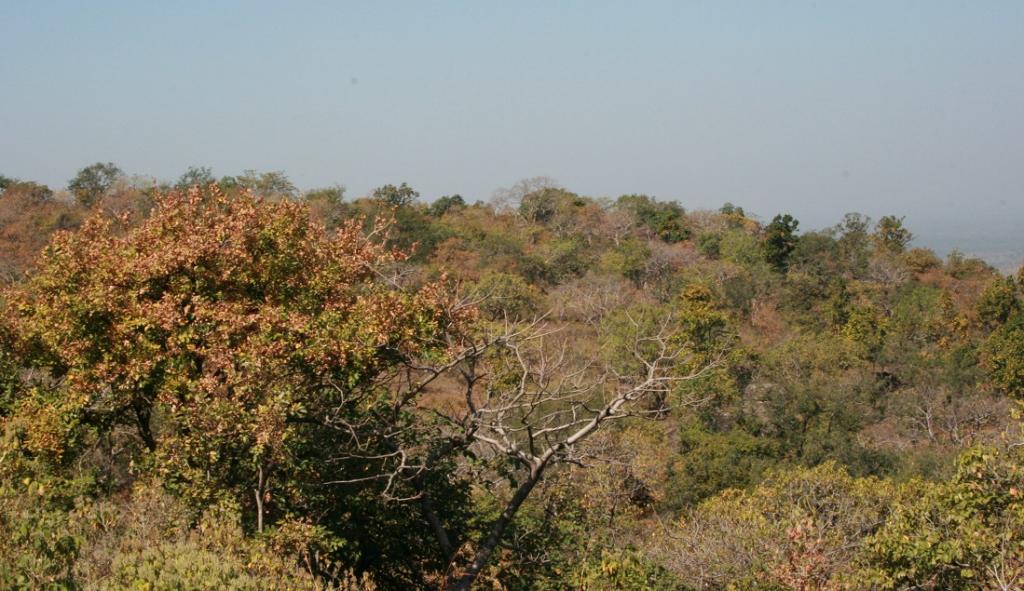 A study led by the University of Leeds tracking 300,000 trees over 30 years has found that the ability of the world’s tropical forests to remove carbon from the atmosphere is decreasing. Photo: Sunita Narain / CSE

The demands for ‘net zero’ emissions have gained momentum in the past couple of years following The Special Report on Global Warming of 1.5°C released by the United Nations Intergovernmental Panel on Climate Change (IPCC) in 2018.

The report had concluded that global emissions needed to reach net zero around mid-century to give a reasonable chance of limiting warming to 1.5ºC.

As of November 2020, 127 countries, as well as a number of corporates such as Apple Inc, Ford and Infosys Ltd, have made net zero pledges.

The concept of net zero emissions requires that carbon dioxide (CO2) emitted must be offset by an equivalent volume of CO2 removed from the atmosphere.

The two main approaches to taking out carbon, or carbon removal, are through technological methods such as carbon capture and storage and offsetting through natural ‘sinks’ like land, including forests and oceans. The latter are clubbed under the now popular term ‘nature-based solutions’.

The planet’s oceans have soaked up an estimated 2.5 gigatonnes and land took in 3.2 gigatonnes (GT) CO2 per year in the last decade. However, scientists have highlighted severe limitations and uncertainties associated with these natural sinks, which make any reliance on them for climate mitigation goals seem like wishful thinking.

Land-based sinks such as forests, croplands, wetlands, etc, absorb about 20 per cent of anthropogenic greenhouse gas (GHG) emissions (9.5 GT of CO2 equivalent per year), according to a 2017 study led by Bronson Griscom. He is senior director, Natural Climate Solutions at the non-profit Conservation International.

Moreover, with global temperatures rising, the warming has exacerbated desertification and land degradation and therefore has had considerable impacts on land’s ability to act as a sink.

Land used to be a source of emissions in the 1960s, but has become a sink in recent decades. Much of this is due to a process known as carbon dioxide fertilisation.

In this process, high CO2 emissions due to human activities increase the rate of photosynthesis in plants and subsequently increase their carbon uptake.

In fact, the IPCC’s 2019 Special Report on Climate Change and Land estimates the mitigation potential from reducing deforestation and forest degradation at only 0.4-5.8 GT CO2 per year, at best a sixth of annual global fossil fuel emissions.

Headlines may continue to give the impression that planting forests is a panacea for the climate crisis. But scientists are much less sanguine in their projections.

Forests lose their ability to absorb carbon as trees die and dry out from drought and higher temperatures. But the loss of forest area from logging, burning and other forms of exploitation is also a leading factor in the loss of carbon sinks.

A study led by the University of Leeds tracking 300,000 trees over 30 years finds that the ability of the world’s tropical forests to remove carbon from the atmosphere is decreasing.

It shows a long-term future decline in the African sink and weakening of the Amazonian sink that is predicted to become a carbon source by the mid-2030s. This has been attributed to higher temperatures and droughts, as well as deforestation, logging and fires.

These impacts are not limited to the tropics. Researchers have found that European forests may be heading towards carbon sink saturation as well.

In the United States, emissions of CO2 from human activities continue to increase and exceed ecosystem CO2 uptake by more than three times.

As a result, North America remains a net source of CO2 into the atmosphere by a substantial margin and future net forest carbon storage is expected to decline due to accelerating mortality and disturbance.

According to the Fourth National Climate Assessment, US forests are projected to continue to store carbon but at declining rates, 35 per cent less than 2013 levels by 2037, as a result of both land use and lower CO2 uptake as forests grow older.

The complexities of relying on land-based sinks like forests for mitigation do not end there. A study by Pugh et al published in 2019, finds that the global forest carbon sink is transient.

As forests approach old growth conditions, their carbon uptake may begin to decline and regrowth forests, ie forests re-growing from past land-use changes or natural disturbances, contribute 50 per cent more than old growth forests to the global carbon sink.

However, the size of the regrowth sink is found to be substantially smaller. Because the regrowth sink is gained through past recovery and may be lost in future disturbances (such as fires), a large portion of the current global forest carbon sink is strictly transient.

Therefore, carbon sink predictions involve a great deal of uncertainty. Due to the smaller size and the transient nature of the sink, efforts to reduce emissions need to ramp up even more.

The 2017 study by Griscom, formerly a scientist at the Nature Conservancy, found that land-based sinks (they used the term ‘natural climate solutions’) can provide up to 37 per cent of the emissions reduction needed between now and 2030 to keep global temperature rise below 2°C, listing specific actions like reforestation and agroforestry to enhance sinks.

And while this is one scientific group’s estimate, it must be met with a critical eye, especially since the Nature Conservancy has had a penchant for overstating the role of carbon offsets from forests, as a recent Bloomberg investigation finds, allowing corporations to write off emissions by buying credits from projects where the land was never threatened to begin with, making the offset more or less meaningless.

The natural processes that are now leading to an increase in the land sink could potentially saturate under higher CO2 concentrations and even reverse if global temperatures continue to rise, or if negative emissions technologies manage to reduce atmospheric CO2.

Moreover, land-use practices can offset only a fraction of total anthropogenic GHG emissions.

Ultimately the role of land-based sinks should not be overstated so as to distract from the rapid decarbonisation of energy and transport systems and reduction in emissions required to adhere to the IPCC’s timelines and stabilise atmospheric CO2 concentrations.