Ten myths and fallacies about afforestation

It is no panacea for increasing green cover 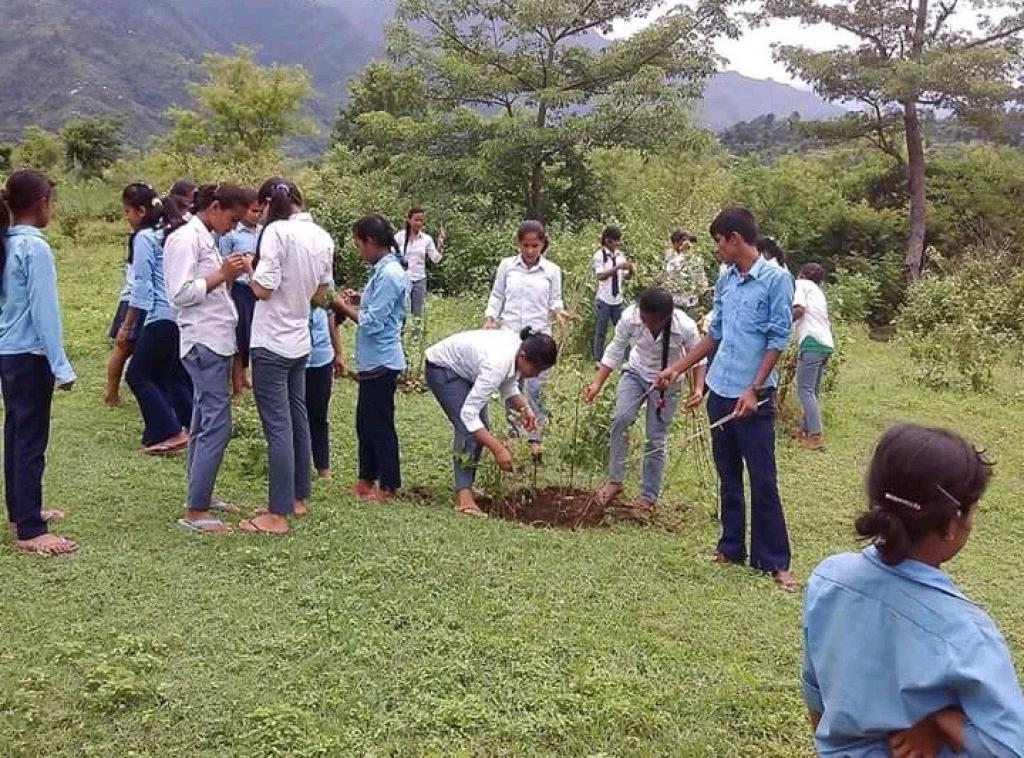 Across the world, there is increasing awareness about the perils of an imminent climate change due to the unprecedented levels of greenhouse gases in the atmosphere, one factor being the rapid loss of green cover of the planet.

The easiest way to partly mitigate this juggernaut of weather variabilities is practically and intuitively to increase the tree cover on the land. From various studies and assessments, it is evident that while the plantation area in India is increasing since 1980, its natural forest cover is going down.

Here are ten myths and fallacies about afforestation:

1. All that is green is useful: All trees are green and will increase the greenery on the planet surely and help absorb carbon dioxide. But extrapolating the fact that a plant out of its desired location is considered as a weed in agricultural lexicon, how can a non-native tree be considered as useful in the ecological context?

Trees not only have a role in regulating the atmosphere but also the subterranean ecology. Alien species can grossly modify the soil systems, toppling the existing symbiotic processes in the soil and leading to the loss of native fauna.

2. Greening where there is no green: Most parts of the Indian Subcontinent such as the Deccan Plateau are home to deciduous forests that shed leaves during the summer and are thus drought-resistant.

They adapt and help the ecosystems by not only consuming less water during the summer but also by shedding leaves, adding to the organic matter of the soil and retaining moisture during the monsoons.

Replacing these with evergreen trees will not only lead to depletion of ground water and rapid evapotranspiration but also render the land devoid of annual organic inputs from fallen leaves.

4. Tree planting may not translate to recovery of green cover: Trees need several years to adapt and mature. Mere mass planting of trees may not ensure their survival if proper post-planting care is not scheduled.

Planting trees of one species often with a possibility of their use, makes them vulnerable to harvest at some point of time and will need a replanting.

5. Ten for one equation: The idea that ten trees are required to be planted when one is cut is an empirical fringe rule only to drive home the idea that replacing a mature tree is more difficult.

It does not mean that ten trees will replace the function of the lost one as in principle it will be lost.

6. Relocation of trees: It is always better to relocate a mature tree rather than cutting it as the time taken by the tree to mature can never be regained. However, this is seldom being done in India although we have newer technologies available (though, a bit expensive).

The forest department should attempt to relocate trees close to their existence rather than cutting them and planting new trees.

7. Utility factor: Not all forest species have a direct human connection in terms of food, fibre, fodder or fuelwood. Some trees in the forest add to the health of the ecosystem. Most trees used in afforestation have some kind of human connection. Utilisation either for the locals or the corporates that take advantage of vacant land availability due to loss of forests is the norm.

In this process, native trees like figs, banyan, peepul and other wild trees endemic to a region are ignored, causing depletion in local biodiversity. Huge tracks of lands, mostly in the hinterlands are planted with commercial plantations to feed the ever-hungry paper and pulp industries.

These deplete the natural resources and groundwater at alarming rates and render the soil barren in a few years with little or no benefit to the indigenous communities and ecosystems. These areas usurped under commercial plantations as distinct from the natural forest are a very disturbing trend.

8. Foresting non-forested areas: Forests are a kind of ecosystem. Mistaking vacant lands as barren is a mistake. Barren lands, especially those that are seasonally flourishing due to the annuals or biennials play a huge role in nurturing many kinds of insects and other organisms that help to sustain food chains. Replacing such grassy habitats/wetlands with trees may actually alter the ecosystems adversely.

9. Joint Forest Management (JFM) – a panacea for all forest issues: Forests regenerated under the JFM would not be considered as plantations, but as regenerated natural forests, although of a low quality.

However, genuine community participation in planning, decision-making processes, implementation and ownership issues remain a big challenge which ultimately leads to the question, is the forest really regenerated?

Therefore, good data collection mechanisms for assessing actual forest covers are needed. A natural forest includes herbs, shrubs, creepers and trees as compared to only a few tree species during afforestation. A forest has other components like streams, seasonal pools which are lost. How will they be replaced?

Afforestation needs consideration of the local agro-ecology and socio-cultural factors, native flora and fauna. Trees do not grow without inputs of soil, water and care. Most exotic tree species planted under the various plantation programmes consume a lot of ground water and compete with native species, which is detrimental to the local agro-ecology.

There is a need for more applied research and community-led forest conservation and management initiatives. Sound comparative valuations are needed for ecological services including their contribution to forest people’s livelihoods, promoting biodiversity, aesthetic, cultural and recreational values.

A forest cannot be looked from merely the point of its utility to humans. The best way to conserve forests may still be to leave them alone without venturing into them.