Water in forests: Finding the blue in the greens 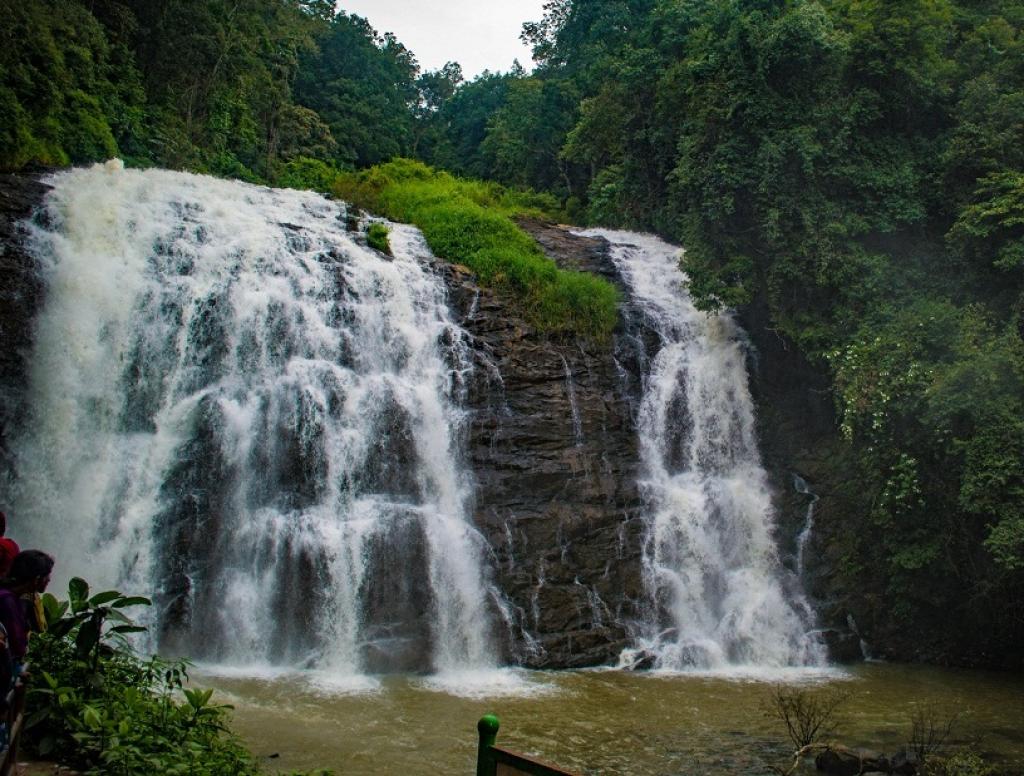 There is growing global recognition that forest conservation efforts—most importantly the local, natural and biodiversity-rich forests—yield better water, food and nutrition security by tackling ‘development and climate induced’ disasters in various ways. It is argued that approximately 75 percent of the world’s accessible freshwater for agricultural, domestic, urban, industrial and environmental uses comes from forests. However, changes in climate and land-use are contributing to altered groundwater and base flows locally, and precipitation regionally. With approximately 80 percent of the world population facing water insecurity, the management of forests for water is increasingly important.

Healthy standing forests, as against plantations that are often cut down for commercial purposes, have the advantage in interacting more directly and closely with the climate and helping in rainfall. A concept called “rainbow water” explains it better. It is a term used to describe the moisture—obtained from the water the trees use to cool themselves and the surroundings— which these forests release into the atmosphere. In an important but understudied aspect of the world’s water cycle, this invisible moisture comes back as rainfall nearby and very far from forests, depending on the location on the globe.  Deforestation dries up the rainbow water and affects the soil carbon stocks negatively. Healthy standing forests are therefore essential to prevent rising global temperatures caused due to greenhouse gas emissions. Plantations, with more commercial values attached, are more prone to deforestation.

Another important aspect of the forest-water nexus in the Indian context is the ‘riparian buffers’. These are vital ecosystems that support rivers and streams in many ways. These buffers are ecosystems unto themselves, with grasses, flowers, shrubs and trees that have adapted, over their evolution, to withstand seasonal flooding and strong currents. Local species are very important in such buffers that not only house a rich biodiversity but also help in nurturing and moderating the flow of the rivers, provide other services such as food, fodder and fencing materials for the communities. A study finds out that the intact buffers in the headwater streams of the Western Ghats have a dense canopy on either side and, on occasion, the branches of trees intertwine to create a bridge across the stream for langurs and macaques.  Further, such trees also provide much of the energy and nutrients. The woody debris and leaf litter contribute hugely to this.

Not just that. New studies have established the fact that plants move water, carbon dioxide, and other chemicals between ground and air and that vegetation can control weather patterns across huge distances. The destruction or expansion of forests on one continent might boost rainfall or cause a drought halfway around the world. While India and many other countries are justifying the diversion of existing natural forests—often big patches of them—with the promise of compensatory plantation, evidence has already proven that large-scale land-use conversion is having even larger-scale impacts; for example, there is evidence to support the theory that large-scale deforestation in the Amazon and Congo basins has affected regional and continental precipitation.

Forest and water linkages do not stop here. There is also evidence that forests contribute to more resilient landscapes and can mitigate the negative impacts of climate change, such as natural hazards. For example, mangroves can reduce sedimentation of rivers and oceans, maintain local fish populations and provide protection from cyclones and tsunamis.

Indigenous communities to the rescue

For a country like India, which is faced with the dual challenge of fast degradation of natural forests and growing water scarcity, one of the best ways to combat both these challenges and simultaneously meet its climate goals is to vest more control of the forests in the local and indigenous communities.

To fulfil the 2015 Paris Agreement Goals, as reflected in the country’s Nationally Determined Contribution (NDC), India has set ambitious mitigation strategies. These strategies include increasing the forest and tree cover by five million hectares and improving the quality of forest cover in another five million hectares of forest land. It is estimated that this would create an additional carbon sink of two to three billion tonnes of carbon dioxide equivalent (CO2e) by 2030. It is assumed that this target is cumulative and would represent an average annual carbon sink of 167–200 million tonnes CO2e (MtCO2e) over the period 2016-20. Over half of this target could be achieved by the Green India Mission, which is expected to enhance annual carbon sequestration by about 100 MtCO2e. India has also been part of the Bonn Challenge, a global effort to bring 150 million hectares of deforested and degraded land into restoration by 2020 and was later scaled up to aim for a total of 350 million hectares by 2030. The Indian government made a Bonn Challenge pledge to restore 13 million hectares of degraded land by 2020 and an additional eight million hectares by 2030.

These ambitious goals cannot be achieved without involving the local and indigenous communities who have been living with and protecting India’s biodiversity-rich forests for thousands of years, with a vast repository of lived and traditional knowledge about forest ecosystems. To involve the communities, ensuring their rights over the resources under the Forests Rights Act (FRA) is essential. Securing the unrecognised land rights of indigenous peoples and communities in India alone could secure the livelihoods of at least 200 million people and protect and restore over 34 million hectares of forest. This would easily meet the target of 167-200 million tonnes CO2 sequestration, and the resources for this could come from Compensatory Afforestation (CAMPA) funds and other resources. However, the resources need to be channelled directly to Gram Sabhas rather than through forest bureaucracy. This would not only meet the INDC goals, but also lead to poverty alleviation, empowerment and conflict reduction in ecologically and politically fragile areas—a large step forward in meeting India’s commitments under the Sustainable Development Goals and the Paris Agreement.

Ensuring rights over forests of the indigenous communities also means giving them rights to protect and manage the common water bodies existing in the forest lands. An integrated approach of managing both the forests and water resources have long term benefits for the watersheds that further enrich overall water availability in any given region. The FRA, a historic legislation, empowers communities to "protect forests, wildlife and biodiversity, and to ensure protection of catchments, water sources and other ecologically sensitive areas” and creates a space for forest dwelling communities to practice forest management and governance by using their own knowledge systems and institutions and integrating them with modern scientific knowledge.

India’s climate plans need to take urgent note of this and create space for the communities. The draft Forest Policy 2018 and REDD+ strategy of the country unfortunately have failed to recognise the same. The need is to change this approach. The country has to understand and recognise natural biodiversity-rich forests as a type of huge ‘water common’ and at the same time, recognise the roles and rights of the local indigenous communities in protecting this water common. That will help us achieve our Paris Commitments.