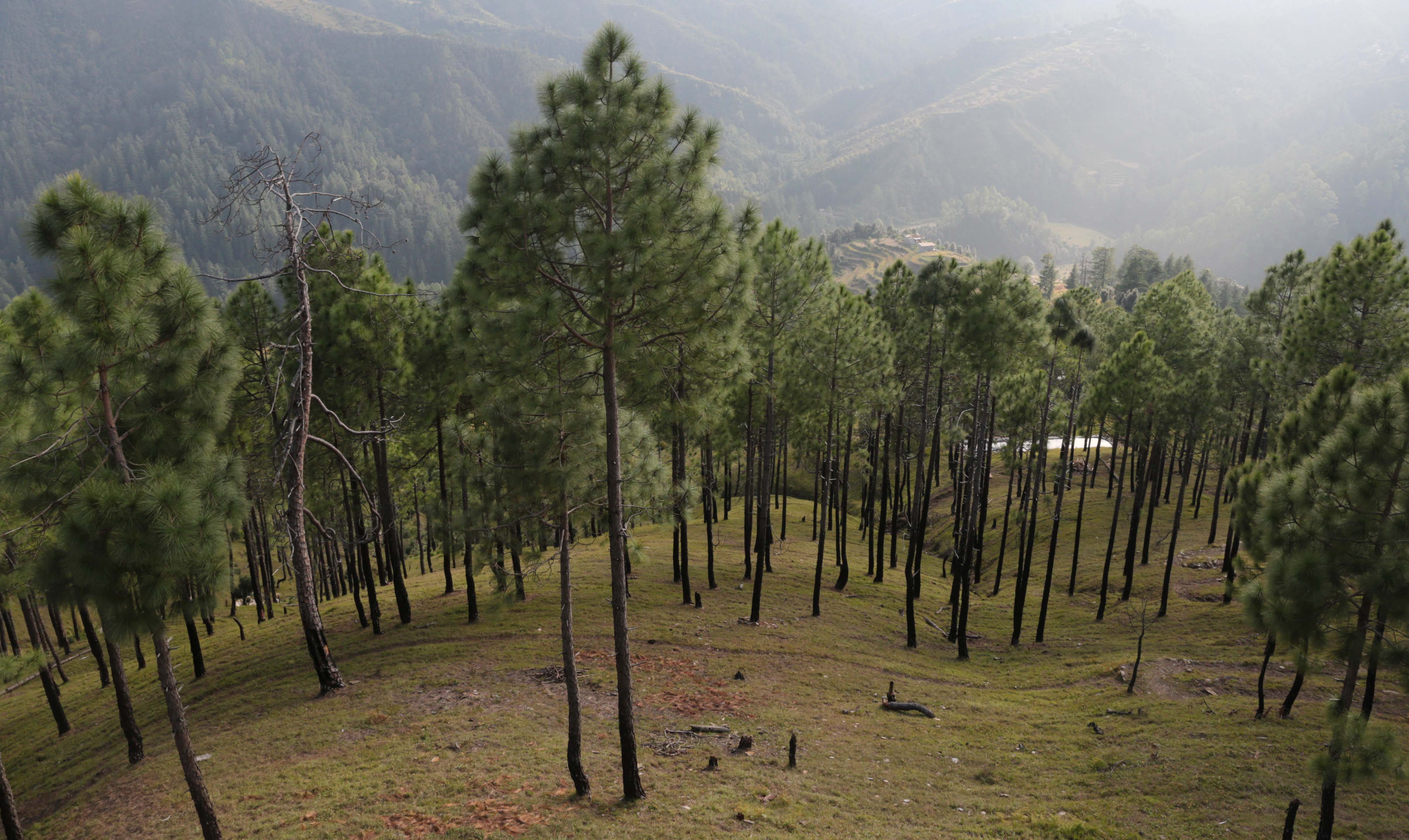 The news that appeared in news daily Times of India, on August 13 and 14, titled “To curb hill fires, Uttarakhand seeks to cut lakhs of pines”, was a surprise to many. It stated that the Uttarakhand government was on its way to cut lakhs of chirpine trees. Foresters say chirpine, a variety of pine, is mainly responsible for infernos and is not good for biodiversity. Also, the “needles” or needle-like leaves of the tree are highly inflammable and prevent regeneration of undergrowth on forest floor. They are allegedly ghastly for ecology.

Chirpine, scientifically known as Pinus roxburghii, is a conifer that covers about 16 per cent of the forest area in Uttarakhand. People say it has had a role to play in transforming lives and landscape of the Himalayan region. It is one of the six pines in India that have maximum occurrence and area. Though, the chirpine was in the Himalayas since time immemorial, its mass-scale regeneration happened during resin tapping in the British period.

Chirpine is also known as three-needled Indian pine, a native of the Himalayas that is spread across Afganistan, Pakistan, Nepal and India. It grows between lower elevation of 500 metre to higher elevation of 2,200 metre and forms a pure forest. While the upper elevation of chirpine touches the associate tree species like Banj oak, Deodar, Kail, Rhododendron, at its lower elevation, tree touches Sal, kahir, Harad, Bahed, among others. Chirpine is a large evergreen tree with elongated crown and attains a height of up to 50 metre, with about 3.5 metre in girth, and forms a straight cylindrical bole.

In Uttarakhand, chirpine is found in abundance in both Garhwal and Kumaun divisions. Being a light-demanding species, it easily regenerates even in exposed sites where most of the broad-leaved species rarely succeed. It is not the thick bark but exposed resin ducts that make the tree prone to fire.

It is an established fact that pine needles are highly inflammable and are one of the main causes of forest fires. But considering it as the only source of fire hazard in Uttarakhand is not an appropriate approach. Chirpine is used for timber, fuel wood, torch wood, funeral wood and furniture. While its leaves are used for livestock bedding and field mulching, the bark is a source of charcoal, resin and coal tar. It supports the livelihood of the region and is used in daily domestic activities. It is also the main source of revenue through resin tapping for forest corporations for which special resin depot and processing units are created.

Chirpine oleoresin yields two industrially important products—turpentine oil (about 70 per cent), and rosin (about 17 per cent). Rosin is extensively used in soap, paper, paints and varnishes, pinoleums, sealing waxes, oil cloth, inks and disinfectants. Turpentine is chiefly used in preparation of paints and varnishes, polishes, chemicals and pharmaceuticals. It is also used for dissolving fats, resin and for domestic purposes. Its cones are also used for decorative and handicraft purpose. In addition, the indirect benefits of chirpine in providing ecosystem services and aesthetic beauty to the area cannot be ignored.  Chirpine is a big source of in situ association of microbes, particularly mycorrhiza.

India’s oldest tuberculosis sanatorium, established in Bhawali, Nanital, in 1912, is a testimony to the role that chirpine forests play in curing respiratory problems. The negative attributes of the tree, however, include needles or the leaves that are highly inflammable, not suitable for fodder; the natural decomposition rate of needles is very slow and does not allow the regeneration of associate species beneath it. Ecologically, chirpine is replacing the climax species of Banj oak (Quercus leucotrichophora) in mid hill area that governs the hydrological cycle of the region. Chirpine’s characteristics like dominance, gregarious distribution and resistance to fire and beating the recurrent fire have made it a biotic climax species hindering the natural succession. Despite the above fact, chirpine is the prime species of Uttarakhand Himalayas and is still preferred by the local community as without this people would  not be able to meet basic need for timber and wood. At present, no other substitute of chirpine is as such abundantly available across the state.

Forest fires are not new to any forest areas but controlling them by removal of trees is not a solution. It is neither practical nor ecologically and economically feasible. Use of modern system of forest fire detection and monitoring with the help of Forest Survey of India (FSI) and Indian Space Research Organisation (ISRO), along with making local people aware of fire detection , monitoring and ill effects of forest fire can be a better solution to control forest fire. Forest scientists have already developed uses of chirpine needles for compost, boards, tiles, briquettes, among others. The emphasis should now be on how chirpine needles can be used as resources instead of just burning them. An irony is that while the Uttarakhand forest department wants to wipe out chirpine citing fire, the Himachal Pradesh forest department is promoting the tree and is adopting borehole methods for resin extraction. It is, therefore, failure of fire control and management strategies and not abundance of chirpine trees that is to blame for fires. Rather, chirpine is protecting the hills from being eroded like other barren hills.

There can be other approaches to reduce the fire hazard material of pine needles during the summer. Gradual replacement of monoculture pines or inclusion of broad leaved species in pine forest in mid hills could be a solution. The earlier efforts to replace twisted chirpine in Almora division by wattles trees, however, did not succeed because of improper selection of exotic wattles, without realising the local ecology and needs of the communities.

Creation of forest self-help groups or FSHGs and local Forest Special Purpose Vehicle or FSPV can help to convert “hazardous leaves” into resources that can be used in products like bio-briquette, compost or vermi-compost, composite boards, panels and tiles. Scientific resin tapping by borehole method can help to minimise spread of resin on tree trunk. The modern fire-fighting techniques like Doppler radar could be options to fight the fires.

Moreover, the composition of chirpine forests can be gradually replaced by planting other broad-leaved tree species that can grow with pine more competitively and ecologically sound to the locality. We have to understand that Chirpine is not an obnoxious plant like Lantana camara or Prosopis juliflora that needs to be wiped out. A long term plan on the ecological principles for gradual replacement of pines with suitable tree species while keeping the green cover intact would be better. In the era of climate change and ecosystem services, it is not advisable to cut down lakhs of chirpine trees without weighing all the options.

Arvind Bijalwan, faculty of technical forestry at Indian Institute of Forest Management, Bhopal, is the co-author of this article