With sustainable development goals in place, increasing democratisation and connectivity of the world, ecologisation of politics and vice-versa will become the new norm 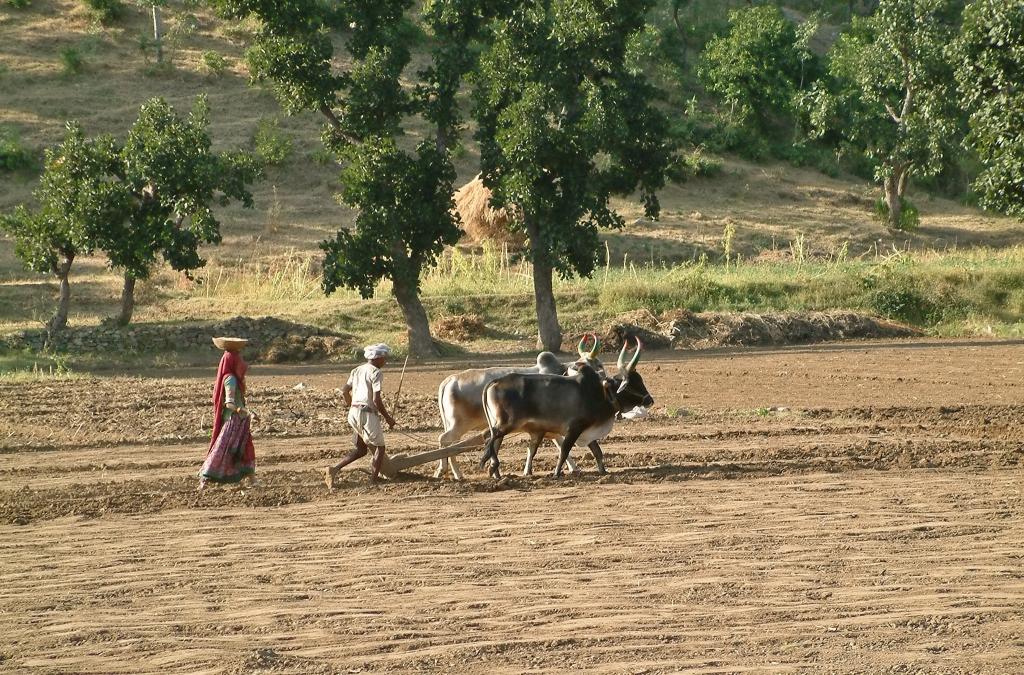 In a few decades, the relationship between the environment, resources and conflict may  seem so obvious as the connection we see today between human rights, democracy and  peace.

Decreasing resource base and the  struggle for control and power leads to politicising ecological issues and the eventual clash between different beneficiaries.

Property rights, which are historically demonstrated to yield economic benefits when under private control, are a complex bundle of rights for everyday goods, which have to be shared among community members.

Next is the problem of imagined identities by development planners and policymakers, which leads to conflict due to biases. Take the case of Thar in India for instance: Lack of access, opportunities, unfair distribution of work and the rewards accrued from the same leads to conflicts like gender wars and unionisation.

Conservation efforts that change the ownership of resources also lead to social conflict. The rights over property are always complex due to sharing and differing ways of accessing it for income, inheritance and benefits. These have evolved after a long time due to landscape and temporal variation.

Exclusive rights to use land lead to conflicts, losses and inequality, and cutting off marginal users. Different investments by development planners and the non-congruence of various stakeholders also lead to divergence and possible clashes.

The women cultivators of Gambia are a good case in point. Access to land in the country was divided based on gender, like many African nations. Men managed dry uplands and women overlooked flooded plains.

There were seasonal obligations to produce crops  for the household. After that, rights to make gains and retain profits granted women relative autonomy. International development authorities and later, British development corporations brought about experimentation and agricultural reforms. This led to intensification of land-use and increasing cash crop production.

The change of labour demands and benefits led to women who traditionally worked for profits devoting more time to household production, resulting in loss of their autonomy. It was followed by eventual clashes like cash demand, withdrawal from work and resistance.

All of this happened due to gender assumptions, complex property rights and fluidity of profits. Intensification by horticultural means, mechanisation and external intervention due to beliefs by foreign planners further aggravated the issue.

The case of Western United States demonstrates how simple ecological conflict over ideologies can lead to political wars and how differences between various classes become politicised. In 2000, Siera Nevada had started a new programme for preserving aesthetic values of the western part of the country as opposed to the urban landscaping.

The programme invited community participation for decision making. There were differences between the traditional producer class and the new immigrants in this regime with diverging views on aesthetic values.

The new immigrants had an unrealistic idea about the part of the country and imagined it to be free from human intervention. They were amenity-seeking newcomers who were in direct conflict with farmers and ranchers.

The farmers depended on this very land for production. They viewed land as private property that could be bought and sold for consumption. It was traditionally developed to suit local farming needs and made sufficiently liquid to parcel in chunks.

While the new ones wanted wildlife  conservation and tree plantation, the old inhabitants viewed trees as a means of production, which was only to be harvested and not protected.

Here, there were competing ecological views due to underlying divergence in class. This is a case of complex property rights and 'ecologisation' of inherent political differences in the society.

The new immigrants are consumers in the capitalist economy, who view the West as relief from the hectic urban life. The old inhabitants, who were producers in the economy, viewed land as a resource for farming and production.

We get to experience gender discrimination and conflicts due to resource enclosure  over time through a study in the far-off deserts of India, Thar. Here, the dispute arose after the  state intervened in the local production system and land intensification.

The green revolution was accelerating, leading to increased food production. Despite this increase, women still had disproportionately low access to food and nutrition and the wage-gap increased.

Here was the traditional distribution of responsibilities. Women had to do most of the labour for agriculture and household work, while men had significant decision-making  power. Women were married off in the patrilineal arrangement such that they had the  lowest position in the rights hierarchy.

Productive sources had expanded while land for household management was lost. However, the green revolution brought more area under cultivation; it increased the burden on women workers who had to work on more extensive lands for long periods.

This is an example where the division of power between gender leads to differences in access to resources and property. An external  intervention leads to changes in social structure.

The last case is Oaxaca in Mexico, a UNESCO world heritage site dependent on tourists for its significant share of revenues. This means the city has to maintain its cleanliness and  urban image.

Here, the recent migrants from the countryside settled around the dumpsites and garbage bins in the outskirts of the city. They controlled the entry of garbage trucks to and from the city. The residents there used the ecological issue of keeping the city clean to their advantage to secure resources (like health clinics) and politicise it.

This development and closure of dumpsites and garbage bins caused the resource base of  ragpickers to stop. They are essential to the flow of garbage through the city and its  recycling. The new intervention by state authorities to control ‘resource’ led to the loss of  livelihood and source of conflict between the state, migrants and the ragpickers.

This development work leads to competition due to the politicisation of the ecological issue.

Thus, we find that development works eventually lead to conflict. There is the case of Medha Patekar fighting for the Narmada Bachao Andolan in Sardar Sarovar dam. The construction of the dam was crucial for meeting the state's electricity demand. Still, it submerged the low-lying village and affected the marine ecology.

The incident led to conflict between state authorities and villagers. With the growing representation of the marginalised and disempowered, their voices are also coming forward through various media. Though not adequately, they are also getting a chance to resist and challenge existing power structures  and institutions.

With each stakeholder getting political representation, new actors and identities emerge for environmental conflict. With increasing development pressure and global treaties to control emissions, disputes over the environment are becoming more common.

True are the words of Maathai since we are going to see more and more conflicts soon. With sustainable development goals in place, increasing democratisation and connectivity of the world, ecologisation of politics and vice-versa will become the new norm.