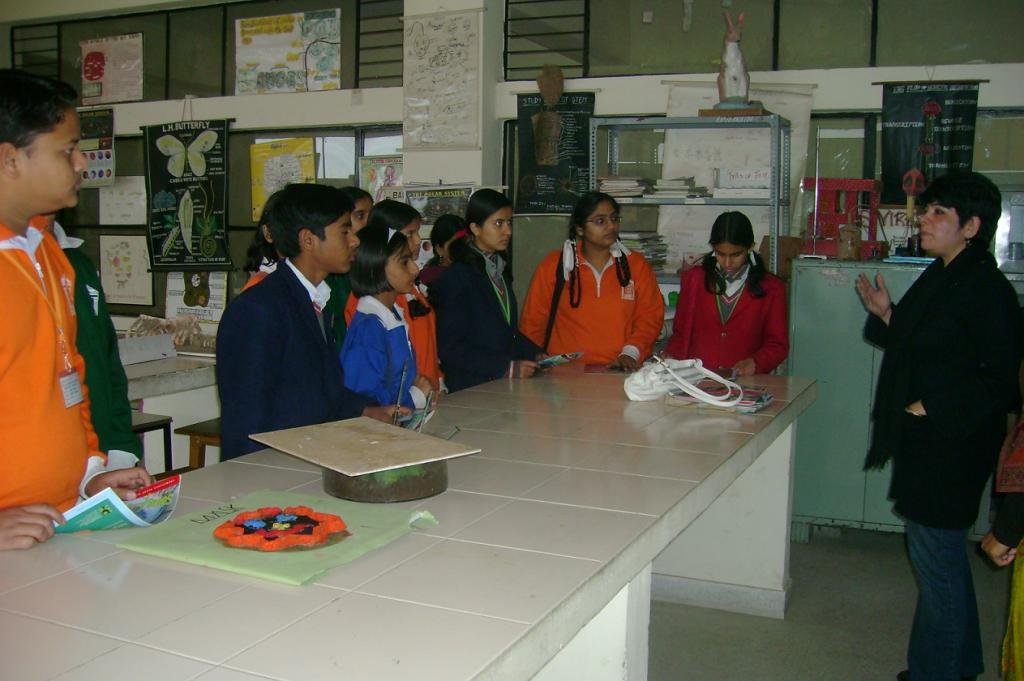 “The school is very far; we have to walk all the way…” “There is a toilet in our school, but it has no provision of water.” “Our school has teachers, but they hardly teach… don’t even come every day…” “The quality of midday meal that we get is not up to the mark…”

These were the issues raised by children who came from different parts of Rajasthan, all the way to Jaipur, to participate in a theatre workshop titled Thodha hai thodhe ki Zaroorat hai. They unveiled issues ranging from inaccessible schools and irresponsible teachers to unusable toilets and sub-standard midday meals.

The historic Right To Education Act was introduced in 2009 with an aim to build a bridge between children and their dreams of a better future. But gigantic potholes seem to have appeared in just seven years of its implementation. Besides missing the deadline for the basic infrastructure, which was to be in place by 2015, several other problems are piling up from all parts of the country.

According to the children, the teachers do not engage in any form of teaching. Moreover, they hit children with rods, following it up with abuses. These incidents would not only lead to dropouts among children, but also discourage large number of children from pursuing education. It is appalling to note that there is only one teacher for all the subjects dealt with in a class.

Problem of availability and training of teachers

It is evident that the country lacks teachers. Statistics say that we are short by 940,000 teachers. Around 20 per cent teachers currently working in government schools are untrained, which defeats the very purpose of imparting quality education.

The government, realising that the teachers’ role in effecting change in the educational system is indispensable, recently introduced critical amendments to the Act. These amendments have recognised that teachers’ training is critical for bringing about change and have extended the period of their training by another four years from 2015 to 2019. This amendment is to ensure that all teachers in position acquire the minimum qualifications prescribed by the academic authority, which has not been achieved as yet. While the emphasis on training of teachers is much appreciated, it will be futile if adequacy of teachers is not addressed simultaneously. Everything deserves equal attention—their availability, training and adequacy.  Similarly, merely filling up of teachers’ positions will hold no value if other critical loopholes are not attended to for preventing children from dropping out midway.

Another essential aspect that lies ignored is hygiene. There are either no separate toilets for girls or the existing ones have no water supply, are broken or in unusable conditions. In a study conducted by CRY across 2,813 schools, a staggering 26 per cent had no separate latrines or a functional toilet for girls. This goes a long way to display ineffectiveness of the RTE, and how there is little effort to reach out to every child and ensure that s/he finishes the basic education. It goes without saying that for improved learning outcomes, the role of appropriate learning environment is inevitable. Lack of basic infrastructure poses a hindrance to achieving the education goals we want for our children.

One of the biggest fallouts has been a misguided approach towards NDP’s (No Detention Policy) Continuous and Comprehensive Evaluation (CCE), an assessment system under RTE that was aimed at reducing the workload and pressure on the students. It was a diversion from the stringent examinations and grade structure. The determinant of a child’s failure in class was not non-performance on a narrowly defined and rigid set of indicators. Despite its endeavour to not eliminate any kind of assessment, the policy is being held responsible for students’ laidback attitude towards their studies, after few years of its implementation. However, the point that is being missed is that every glaring gap in the Act is responsible for the ineffectiveness of NDP.

While there was a Rs 1,000-crore increase in capital allocation for Sarva Shiksha Abhiyan (SSA) in Union Budget 2017–18, it is not at all sufficient to plug huge gaps in school education under the RTE Act. We are still struggling to meet some of the stated targets for basic Right to Free and Compulsory Education (RTE), 2009. The increased allocation of budget in SSA, when distributed among 10,80,757 elementary schools in India, is only a small relief.

The vision of change for our children as envisaged by the National Plan of Action for Children can only be transformed into reality when we invest in the foundation years of our children. The plan document of NPAC recommended that at least 5 per cent of the Union Budget must be spent on schemes and programmes directly related to children. However, it is of grave concern that for the last 15 years, allocation to child budget has been around 3 per cent of the Union Budget.

It is time we realised that for an educated nation the investment has to be much higher. The nation needs to wake up to the fact that education is instrumental in achieving social, economic and cultural transformation in order to realise national goals. A nation without educated children is a nation without future.

Komal Ganotra is the Director of Policy, Research and Advocacy at CRY—Child Rights and You— an Indian NGO that believes in every child’s right to a childhood—to live, to learn, grow and play