Closing the loop on COVID-19, wars and climate change: Maybe we were never that great

It is a strange situation waiting to happen: The attackers are aliens, but we have unleashed these aliens. We have welcomed zoonotic pathogens through our unbridled, wanton lifestyle 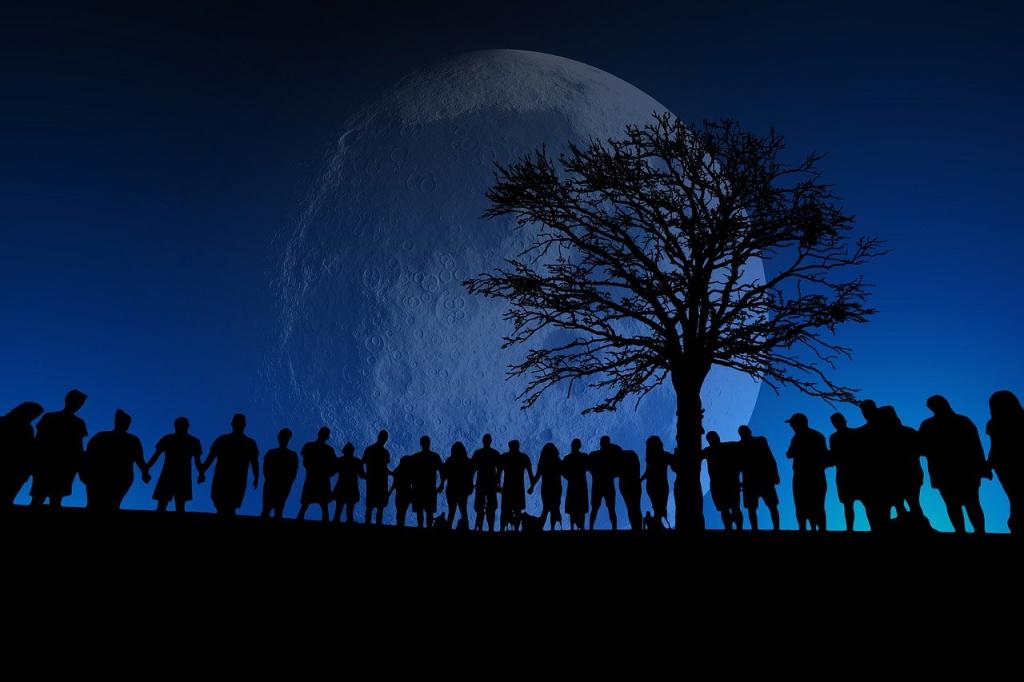 Some say we are tainted by the values of our time. But why tainted? Were we originally ever that great as we would love to daydream or imagine?

School shootings continue undeterred in Europe and other parts; airstrikes continue in Palestine; the body of arrested Myanmar poet Khet Thi has been returned to family with organs missing; the Nepal government is tottering due to cutthroat politics.

West Papua is living in a war zone and the villagers have been forced to flee; China is more worried about Quad now and not as much about opening the zoonotic pathogen box which has maimed the civilisation.

What is that still keeps us human? Where is that humanity we flaunt? We had a taste of that in the profiteering attempted by smuggling oxygen machines when people were choking for breath and disappearing. Isn’t the act a genocide?

The ‘dynamic entrepreneurs’ are one among us. Don’t we all, at some point or the other, extol the rich without bothering for their legitimacy? If we do not heed to legitimacy, then why parrot about the systems?

Because systems come with legitimacy and that is the general code of belief and conduct. But at the same time, the dark world of illegitimacy, exposition of surplus wealth holds us in awe. If we believe that this is our aspiration, then all of us are in the same boat.

Is our morality real or is it imposed out of fear, greed or narcissism? Who told us that morality is moral? We invented these words, the commandments and threw the book away. When people perish for the lack of oxygen, we play the blame game. The innings of this game stop with the last in the hierarchy: “The truck driver got late in getting the cylinders.”

Sometimes I think the novel coronavirus disease (COVID-19) pandemic exposed us thoroughly, but again, at times I am prompted to think that the pandemic probably made us more thick-skinned to fallacies or moral degradations.

If the latter is true, then there would be no regrets and no checklists for moral trepidations in a few years from now. Everything would be fine — bad, good, wrong and right. So, we are closing a loop.

When we started off as humans, we had no establishments, caveats or defined morality. On the way, we gathered all the mitzvahs assuming these precepts will bring in a sense of justice and equality.

Now at this juncture, all of us justify everything as right. So, in the absence of any wrong, our self-established norms disappear. Vaccine imperialism weaponises IPR even though the ‘intellect’ is global, the cold war is warming up as analysers of the United States and Russia spat over efficacy of their vaccines; China brazenly threatens and bars Bangladesh from courting Quad; the children in Afghanistan are mass murdered and their schools grazed.

And yet, we are battling to live longer. We are not alert and how can we be moral. If I am alive in the present, I cannot harm anybody, cannot steal, cannot be unkind, cruel and morality comes naturally. This awareness is called religiousness.

We urgently need to rouse our intuition out of slumber. Once it is awake, there would not be any need to tell you specify what is good or moral or bad or immoral; your awareness will be decisive and deterministic.

At the same time, it will be spontaneous, fresh and altruistic. Colonialism and parochialism exist as strongly as they ever did even in the face of such apocalyptic proportions. Why are the privileged so scared to share? Without the privileges they do not value themselves any other way.

Self-worth is boosted in how much we hoard, exercise influence blatantly and unabashedly. But finally, we land up in the same Intensive Care Unit, as the ones we thought we browbeat, domineer and leave behind.

COVID-19 has not been able to teach us any lessons, at least not so far. Our bodies, minds and future generations are subject to the biggest ever clinical trial in the universe — we swing every moment between brands of vaccines, their efficacies, changing prescriptions of gestation periods inducing efficacies and ultimately inviting alien microbes to further ambush and maim us.

Black fungus and more of the ilk are preparing to sear into our bodies and tear them apart. More than 130 incidents of unexplained brain injury have been reported in Havana, which is dreading to tick off another Cuba US squabble. Unknown, unexplained, unimagined wars are being waged against humanity.

In the coming years, missiles or grenades will kill fewer people than microbes. If we understand this simple development, then why are we at each other’s throat on land acquisitions, ideological indoctrination and devastating masochism?

Let us slash defence budgets and increase health budgets exponentially. We are already in the middle of humanity’s biggest war. What are we waiting for? Can we drop all the vile politics and create one world?

Can the rich countries tomorrow provide IPR benefits for vaccine manufacturing in poor countries? Can I tomorrow give way to a daily wage earner to go ahead in the line where I will be queuing up for a jab? Can we sell COVID-19 medicines at fair price and not in the black market?

Epidemiological models have been a source of continual obfuscation from the start of the pandemic, often maligned for fearmongering and inaccuracy but also responsible for rash policy making. At the end, it seems more and more convincing that we have no clue on what is killing humanity and how to stop this alien attack.

It is a strange situation waiting to happen. The attackers are aliens, but we have unleashed these aliens. We have welcomed zoonotic pathogens through our unbridled, limitlessly wanton lifestyle. Humans make up for about 0.01 per cent of life on earth but have destroyed 83 per cent of wild animals.

Is it how we are supposed to use our minds? Is this how we take care of the future world? Are we really the superior species?

The climate crisis had shifted the Earth’s axis as the massive melting of glaciers redistributes and readjusts weight around the globe. We are responsible for breaking the spine of Earth. A new study says that the thickness of stratosphere, the atmospheric layer, has contracted by 400 metres since the 1980s.

Our brain knows, or at least claims to know, about neutron stars, black holes and neutrinos. It has worked out mathematical garbles and philosophical obscurities. The scientific superiority is destroying countries and communities today.

If we spent a little time with ourselves and try to come at an understanding of life on earth, life would be different. From the soil beneath our feet, we mercilessly extract all that we need to make our flailing cities, our environment poisoning cars, jets and rockets.

Today we seem to have come a full circle. Our quantum leap in life and lifestyle has finally choked us. The wires, wireless, Bluetooth, Blu-ray and all kinds of signals are taking us in endless loops of discoveries and disasters.

Where is the finality in any kind of advantage due from a discovery or invention? We always travelled inadequately and perennially fell short of the destination.

This inadequacy of science in giving us unfettered results is cloaked as ‘the undiminishing hunger of knowledge’. Where is knowledge in this? This is continuous adaptation of basic understanding.

Knowledge is when you know something. We still befuddle ourselves with the fundamentals of creation — matter. New and newer theories come but where is the time to enjoy the fruits of adaptations? I always believed that science is objective. Where is the objectivity of science?

Science is the tool brandished by humans as the sceptre to rule the universe. But is the sceptre firmly in the grips or has it slipped off?

I am getting more and more convinced that new thinking machines will, without a doubt, surpass humans and there could be a respite there. A child grows taller than both parents and grows to new heights as the parents decline.

Similarly, our machine-led creations will replace us in the universe. This has already begun. What is the difference between humans and machines when humans become devoid of empathy, sensitivity and ethicality?

In that case, machine should be much more efficient, stronger and weather-beaten.

My positivity is dented by the greed and deceit we encounter all around us. I just hope that machines do not carry the baggage of human chicanery, pettifogging and exasperating tomfoolery.

Humans need to prove that they are great because they are good. There is no point to any of this, otherwise.