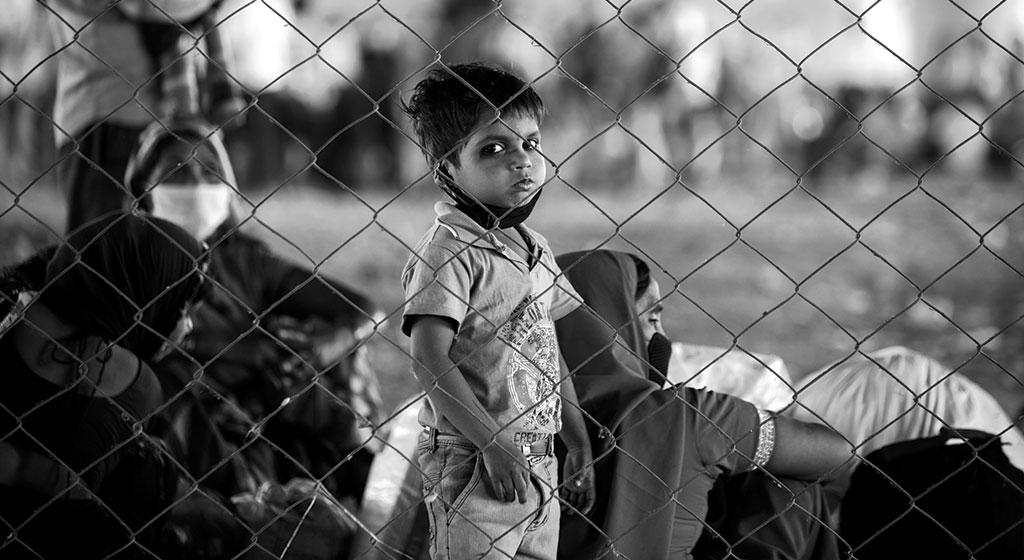 COVID-19 has pushed an additional 100 million children into poverty across the world (Photograph: Vikas Choudhary)

It is a different world for the 256 million children born in the past two years amid the novel coronavirus disease (COVID-19) pandemic. In a pre-pandemic scenario, their parents would have been relieved to bring them into a world, where the current average human life expectancy is around 82 years.

“At the start of 2020, more children were living to see their first birthday than at any time in history. Child mortality had fallen by 50 per cent since 2000. Maternal mortality and child marriages were on the decline and more girls were going to and staying in school than ever before,” said Henrietta Fore, executive director of United Nation Children’s Fund (UNICEF).

One could argue that those 256 million children would have indeed inherited a planet better-suited for human life in comparison to a decade ago — had they not been born in the shadow of COVID-19. The pandemic has dashed this generation’s hope of a better future.

When the viral infection broke out in late 2019, the entire focus of healthcare administrators and scientists was on adults and older population who were more vulnerable to COVID-19; children were considered to be the least affected by it. Between December 30, 2019 and October 25, 2021, under-five children accounted for just 2 per cent of the total global cases and 0.1 per cent of deaths, according to the World Health Organization (WHO); those in the age group of 5-14 years accounted for 7 per cent of cases and 0.1 per cent of deaths. But in just a few months, the pandemic began to show its myriad impacts on children, which will have a lasting effect on their health, education and ability to earn.

As the recently released World Inequality Report 2022 by Paris-based research initiative World Inequality Lab said, those born today will grow up in a world that is extremely unequal in terms of access to wealth and income. Data with UNICEF and UK-based non-profit Save The Children, as of December 2021, projects that the proportion of children living in multidimensional poverty in developing countries — measured in terms of monetary hardship and deprivation in one or more life aspects such as education, health, housing, nutrition, sanitation and water — has increased to 52 per cent in 2021 from 46-48 per cent pre-pandemic.

This means in less than two years, an additional 100 million children have plunged into poverty. The data further shows in least-developed countries, including a majority of African nations, multidimensional child poverty has increased to 56 per cent from 48 per cent in 2019 — meaning, 40 million more children in these countries are now poor. Before the pandemic, in 2019, some one billion children worldwide experienced at least one of the deprivations.

Global organisations have also noted alarming health concerns among children. Recent data from UNICEF and WHO showed that over 23 million children missed essential vaccines in 2020.

Almost 13 per cent of adolescents (10-19 years) now struggle with poor mental health. Children’s nutrition status has also taken a hit during the years of the pandemic.

In September, UNICEF noted in a report that two in every three children between six months and two years did not receive the nutrition needed for healthy growth. In December, the organisation stated that even though malnutrition had seen a decline in recent years, in 2020 the pandemic resulted in an additional 50 million children suffering from wasting (low weight for height), the most life-threatening form of the condition.

Earlier in June, WHO estimated that 149 million under-five children became stunted (low height-for-age) in 2020. “The increase in the number of undernourished (children) was more than five times greater than the highest increase in undernourishment in the last two decades,” the UN Food and Agriculture Organization said in a statement in July.

Education has also suffered with lockdowns keeping children out of classrooms. In 2020, at the peak of the lockdowns across the world, some 1.5 billion students were out of school, estimates the UN Educational, Scientific and Cultural Organization. This learning loss, now termed “learning poverty”, is estimated to incur a $10 trillion loss in lifetime earnings, said the World Bank.

It would take seven to eight years of concerted efforts to bring this pandemic generation back to the pre-COVID-19 level, according to estimates of various UN agencies.

The importance of this generation comes from the fact that by 2040, it will account for 46 per cent of the workforce in a country like India. The latest global Human Capital Index (HCI), prepared by the World Bank, said the pandemic generation will be the worst victim of the event.

HCI measures “the human capital that a child born today can expect to attain by her 18th birthday”. This includes the health and education entitlements of a newborn now and how it would impact his or her future productivity. Its analysis showed the adult generation of 2040 would be stunted; left behind in terms of human capital and might well be the toughest development challenge for the world.

Economic impacts of the pandemic would devastate this generation the most, including the foetus in utero, for the simple reason that a poor household will not spend much on health, food and education.

Child mortality will increase by 45 per cent in 118 low- and middle-income countries, according to HCI estimates. As the recovery gets underway, poor and developing countries lag behind rich ones. The impacts would be much higher among children of these countries.