The fight against the caste system must be about control over natural resources, not professions of marginalised groups 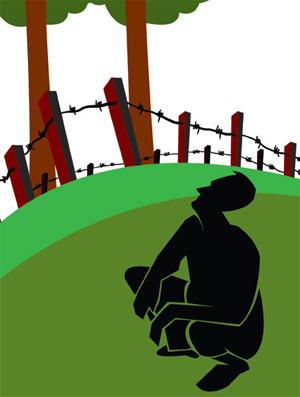 India's most regressive, and rigorously practised social system—caste hierarchy—is back in the national spotlight.

To recap the current debate, cow protection groups are violently targeting certain communities who traditionally deal with cattle carcasses for various economic purposes. There is nothing new in such behaviour as the almost genetic ingression of the caste system has empowered upper castes to adopt such methods and still get away without any scrutiny. But this time, such attacks have provoked organised anguish. There are reports of these communities refusing to dispose of animal carcasses and the issue has become a national outcry demanding basic human dignity and equality as guaranteed by the constitution.

While it is inevitable that everything will eventually become political in a democracy, we shouldn’t allow a sensitive issue to be debated without any historic and logical sense just for the sake of political acknowledgement. But why do we discuss and polarise on caste only on the basis of identity? By approaching this issue from the above perspective, we perpetuate the social system that ideally shouldn’t have existed in a civilised country. All affirmative actions for these socially marginalised communities have been based on the caste they inherit at birth. These actions have helped the communities to access basic necessities like education. But then, why do they still suffer such inhuman behaviour? Already forced to do jobs like processing animal carcasses, why are they being targeted now? And why are there more pronounced protests from them now against caste?

A few years ago, when the Gram Sabha (village council) was being discussed as the key rural decision-making body, the caste aspect played a key, albeit covert, role. Panchayats are now big players in local development. The Panchayat’s elected head—the sarpanch —has become a power centre, and thus, a symbol of discrimination. At that point of time, the debate was that a sarpanch always favoured the caste he or she belonged to. In most villages, a sarpanch belongs to an upper caste. This marginalises the already-marginalised caste. How can this problem be fixed? At many village-level meetings that I attended as part of my reportage, the solution was always proactive: make the village council consisting of all voters as the nodal decision-making body. So, in general village meetings, an elected sarpanch’s caste preference would get diluted by the overwhelming debate over the development needs of all village residents. Moreover, marginalised groups would get organised due to this. In many villages, the emergence of a powerful village council has nullified caste-based decisions on development projects. For example, water supply points are usually selected near upper caste areas. But where village councils are proactive, there is a need-based allocation of such assets.

This is where the caste debate must factor in such historic alienation from the basic development process. Social scientist Goldy M George recently researched the role of alienation—of marginalised groups from natural resources—in perpetuating caste. His argument is that the fight to control natural resources has led to a situation where the original owners were being kept away from them by keeping caste alive. Caste is to be understood in two parts—the material and ideological-cultural-spiritual one. “Caste’s material base systematically took away the control over property, operationalised division of labour, income distribution and surplus appropriation. In the second part, geo-centric culture, history, and spirituality was replaced with an alien system that subjected indigenous people to inhuman suppression due to their jati,” he argues.

This is the point that needs to be debated more now in context of the increasing attacks on marginalised groups. We need to bring the axis of natural resources back into our social debates.