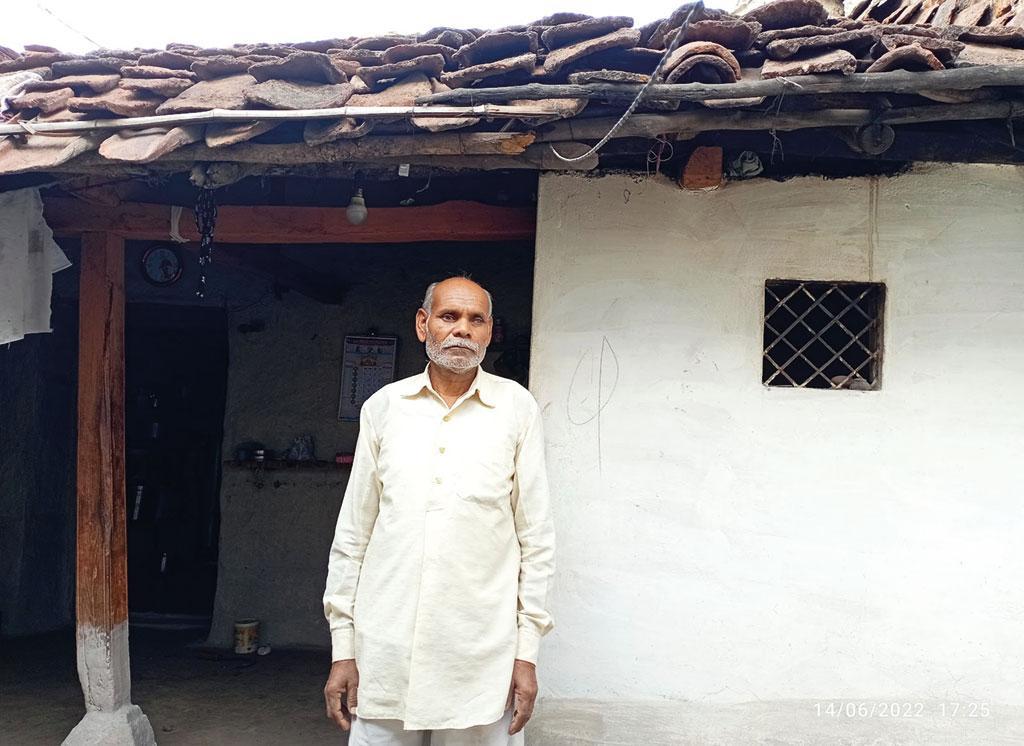 The land records of Ganesh Chadar of Keolari Kalan village in Sagar district has not been digitised yet.

A section of citizens in Madhya Pradesh from the scheduled castes and tribes have alleged that they have lost their lands to those who wield influence, as reflected in digitised land records.

“I have been in possession of my land for 60 years, but digitised records show it is registered in the name of nine other people of another Panchayat,” said Virsing Gond from village Basa in Sagar district.

Gond alleged that 40 acres or 16.19 hectares of his land is registered under someone else’s name. There are dozens of stories like his where land ownership was allegedly changed during digitisation. In many cases, the new ‘owners’ have also taken possession from the rightful proprietor.

Documents proving the alteration of digitised land records have been discovered by Land Conflict Watch (LCW), a data research agency tracking disputes on natural resources. Land records of over 100 acres of land in Kesli tehsil near Sagar were tampered with, proved the documents.

The Digital India Land Record Modernization Programme was launched in August 2008 by the Union government to digitise and modernise land records and develop a centralised land record management system.

However, the MP government digitised land records of more than 55,000 villages in the state in 1999-2000 under the Centre’s Computerisation of Land Records (CLR) scheme running at the time.

A report by a former Kesli patwari to the tehsildar and a revenue order by the court sub-divisional officer are with LCW. The letter showed that 126.56 acres (51.21 ha) of land belonging to 30 people were wrongfully transferred in the name of 20 people.

These 20 villagers are locals and influential in the area.

A report filed in 2018 claimed that former patwaris of Kesli changed the names of landowners in records. Kesli’s then-patwari Shailendra Singh filed the report. 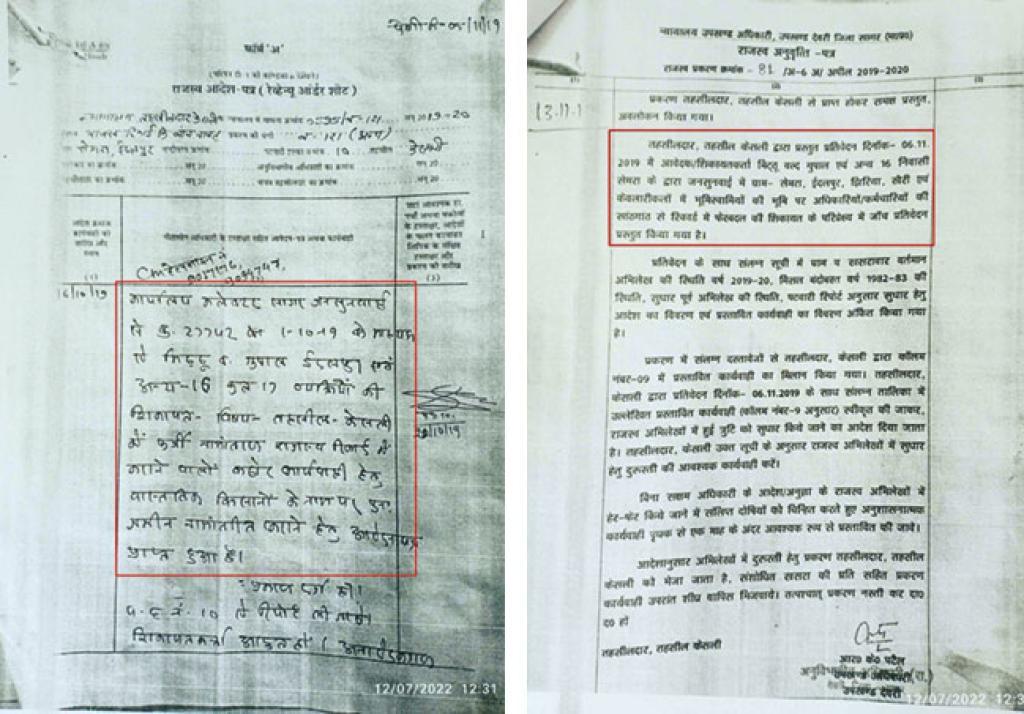 “Khasras (land records) were matched and the discrepancies were discovered. Digital records were changed without orders from the tehsildar,” Singh wrote, adding the land transfer was illegal. The patwari confirmed it to LCW and added that the fraud cases would come under Section 420 (Indian Penal Code).

But how were these records changed? Earlier, the software rights to change land records only needed a patwari’s ID, said Singh. “Even a junior data entry operator could have done it. It is possible that approval from the collector corrected these records,” he said.

A Right to Information application has found more examples of land conversion, said land affairs expert Dhaniram Gupta. One of the documents in Gupta’s possession is a revenue order by the sub-divisional officer of the court.

Kesli tehsildar, in November 2019, submitted an inquiry report in a public hearing, according to the order. The order was regarding the alteration of records. A total of 17 complainants from five villages — Semra, Idalpur, Jhiriya, Khairi and Keolari Kalan — were present in this public hearing.

“The collector for Sagar corrected the names of the landowners, but the land is still in possession of those who usurped it,” said Gupta.

Mitthu Ahirwar, a resident of village Idalpur, confirmed it. Two acres of his land was registered in someone else’s name in 2017-18. Ahirwar belongs to the dalit community.

“My name is now again on the land records, but Ramnath still possesses the land. He had threatened to chop off my limbs,” said Ahirwar.

“Digitisation of land records happens differently around the country,” said Pranav Ranjan Chowdhury, associate director and land expert for thinktank Center for Land Governance. In some places, government employees are doing it, while in others, it is happening through a third party.

Wrong spellings and land descriptions are the primary way land records are being changed, he said. The scale for this is not clear either, with around 32 crore land records in the country.

“The people whose land records get digitised should receive a copy of it, so they know if it has been transferred in someone else’s name,” Chowdhury said.

There was 100 per cent land record digitisation in four states and three Union territories, according to the website of the Ministry of Rural Development, Government of India.

Tribal and dalit community members who did not have land for agriculture were given government land leases in 2000 under the State Land Revenue Code, 1959. However, these details have not been digitised yet.

Ganesh Chadar of Keolari Kalan in Kesali was also given a lease of 2.47 acres (1 hectare) of land under the scheme. Chadar is a dalit. “I gave a bribe of Rs 2,000 to the patwari to digitise the land record. I even asked for help from the CM’s helpline. But all my efforts failed,” he said.

Chadar is not able to benefit from the Kisan Credit Card scheme as the land record is not digitised.

Many people whose land has been wrongfully converted have filed complaints. But there is no concrete action by the administration. The present Kesli tehsildar refused to comment on the matter when we reached out to him.

District Collector Deepak Arya also refused to speak on the issue and said he had no knowledge of it.

However, the collector’s statement was reported in local media outlets about the illegal transfer of land a few days after LCW reached out. “If there is a written complaint about the transfer, then the investigation will be done and action will be taken against those who are guilty,” the media reported him saying.

The author is an intern at Land Conflict Watch, an independent network of researchers studying land conflict, climate change and natural resources in India