Why statehood is no answer to the city’s pollution mess 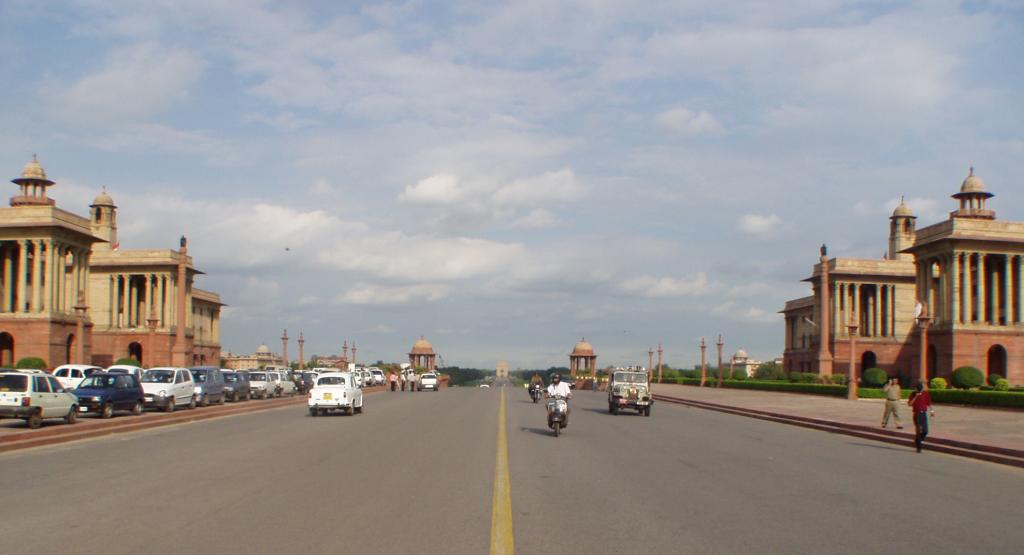 Delhi's pollution mess is largely an issue of abandonment of responsibility by the Centre, Delhi government and municipal bodies Credit: Flickr

Delhi, India’s capital city continues to have the unsavoury distinction of being the most polluted megacity in the world. Last year, its air pollution level touched an all-time high (Air Quality Index 1010 by the US Embassy) prompting the United Airlines to cancel its flights in Delhi. The issue was so alarming that the Delhi chief minister himself compared the city to a “gas chamber”. The problem is going to worsen further as Delhi is projected to have a far bigger population in the next few decades. The United Nations’ forecast is that Delhi’s urban agglomeration will have a population of 43 million by 2035.

How did Delhi get into such a mess? What factors are contributing to such an unlikely urban story? While several analysts link the national capital’s pollution crisis to “indifference from multiple authorities”, many ascribe this phenomenon to Delhi’s lack of statehood. How true is this assumption? While it is not an easy question to answer, at the risk of over-simplification/exaggeration, a few assumptions can be made.

For a lay reader, Delhi might resemble like a normal Indian state that has a legislative assembly and a chief minister, but as per the statute books, it is neither a state nor even a half-state. Delhi is a true-blue Union Territory (UT) with an assembly and a chief minister. The 69th Amendment to the Constitution followed by the Government of the National Capital Territory of Delhi Act, 1991, which conferred such a distinction upon Delhi in 1991, clearly states that while the elected government in Delhi enjoys the powers and privileges offered to all other states in India, these are of qualifying in nature. Thus, while the Article 239AA vests the Delhi government with powers to legislate on all subjects included in the State List of Schedule VII, reserve subjects such as public order, police and land are out of its purview. Further, given its national capital status, Parliament, under the Article 239AA (3) (b), enjoys a free hand to legislate on any subjects impacting on Delhi’s governance. The most serious limitation, however, is that by falling under the category of a UT, Delhi’s elected government has to share powers with the Lieutenant Governor (L-G), a central government appointee who is designated as “Administrator”.

Beyond these institutional constraints largely owing to its status as a national capital (sharing sovereignty is mandatory as in other capitals), the Delhi government has near autonomy in several critical areas mainly education, health, food and civil supply among others. From the perspective of fighting pollution, the Delhi government possesses key portfolios such as transportation and environment. Of course, here too, the elected government of Delhi has to share powers with central ministries and local level institutions such as  public works department (PWD), Delhi Development Authority (DDA), Central Public Works Department (CPWD), Union Ministry of Urban Development, municipal corporations, the Delhi Cantonment Board, the Airport Authority of India among other. Yet, the Delhi government, particularly its key ministries such as transportation and environment, forests and climate change, have near complete autonomy to take decisive steps in checking pollution and arresting environmental degradation in the city. While the role of other institutions including the National Green Tribunal (NGT), Central Pollution Control Board and Union Ministry of Environment, Forest and Climate Change (MoEF&CC) are significant, a lot of policy shaping and importantly, their implementation are very much within the limit of the elected government.

For instance, on matters related to tightening of emission standards such as introduction of cleaner vehicles following the BS-VI engine, dust control measures, afforestation, creation of incentive structures, the state government and its respective ministries can take the lead. Yet, very little has progressed on these fronts. The best illustrations of this can be found in steps to check construction activities during peak pollution season and the use of vacuum cleaners which have remained non-starters even after a good three years.

In its more than three years of tenure, the Aam Aadmi Party (AAP) government has largely played the blame game and passed the buck on central agencies and municipal institutions. Even the much publicised “Odd-Even” Scheme to reduce congestion and vehicular pollution was never its own idea. It was the NGT that forced the Delhi government to enforce such an emergency measure in 2015 and the elected government then tried its beast to dilute the original order (by including several exceptions for women, two-wheelers, etc).  Of course, this does not mean the central government and its agencies have no role in the capital mess. The L-G and key central ministries such as transport, urban development and environment have to share plenty of blame. A lot of issues shaping the pollution/environmental outcome in the national capital, particularly matters related to environmental policies, infrastructure, regulation, finance and coordination among various agencies to put up a coherent strategy, rest very much with the central government. It would too much to expect a UT to find solution to a problem, which has an inter-state dimension (i.e. smoke originating from neighbouring states).

In short, the pollution mess of the capital has nothing to do with its status or lack of statehood. It is largely an issue of abandonment of responsibility by respective constituent units: the Centre, Delhi government and municipal bodies. Mexico City (Ciudad de México), another capital city comparable to Delhi’s demography has able to tackle its pollution through a coherent and combined strategy, taking every governing constituent together.