Discrimination during pandemic, cyclones puts lives of dalits at risk 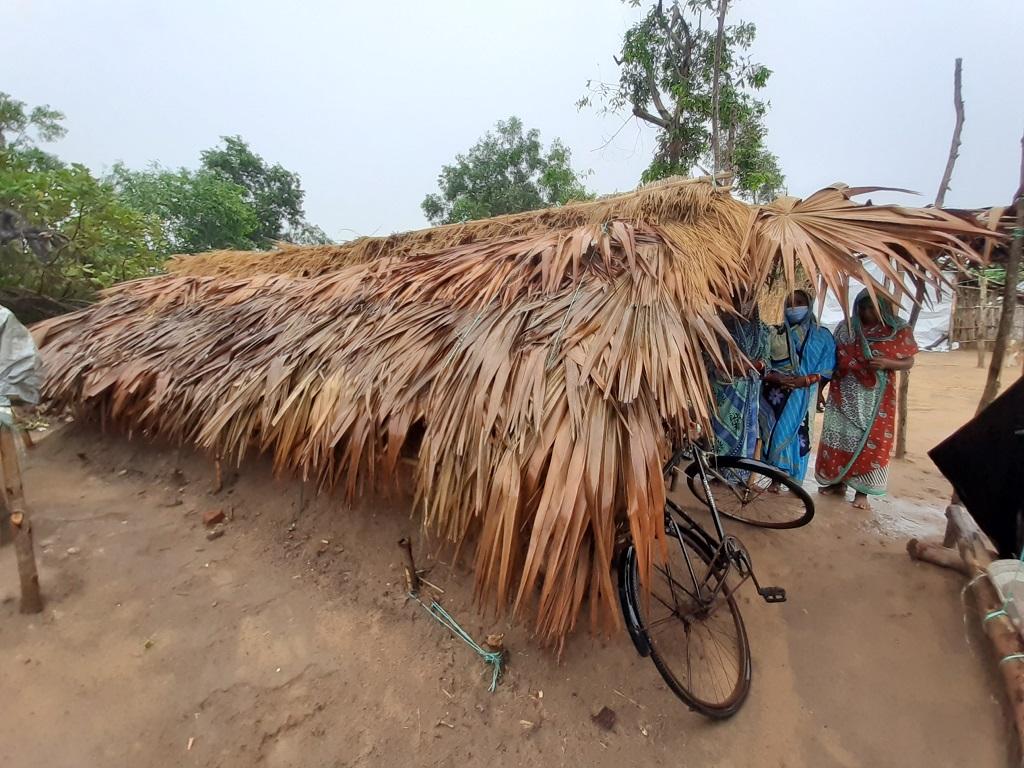 The malpractices of untouchability and caste-based discrimination, although banned in India, continues unabated in several districts of Odisha. During a natural calamity, they turn into a greater menace as the ostracised people are denied access to rehabilitation facilities.

Dalit communities Keuta, Kandara and Siara in Puri district, who sell fish to survive, suffered a major financial blow due to the lockdowns during the novel coronavirus disease (COVID-19) pandemic.

But unlike several others who took up odd jobs on field to sustain themselves, the dalit people were not allowed to work on agricultural land of upper caste people becuase of discrimination.

The district’s Baja or drummer community, who perform mostly at weddings, also met with a similar fate.

They were also not able to find work under the Mahatma Gandhi National Rural Employment Guarantee Scheme as most of them did not have job cards.

The situation is worse for lower caste people with disabilities during times of such widespread crisis.

Amulya Mahalik from Bhadrak, Chandbali block is a blind dalit person. He was dependent on his father, a rickshaw puller, who died of COVID-19.

He runs a small flour shop where he sells at Rs 5 per kilogram. The earnings are not enough to feed his family of four, he said. But he has no other means.

During Cyclone Yass earlier this year, the family chose to take shelter in the shop with an asbestos roof over a cyclone shelter, where they would face discrimination.

The family lives on a meagre pension of Rs700 and PDS ration. They barely have money to buy medicines for their children, Mahalik said.

Upper caste Hindu families barred eight-10 dalit persons from entering an evacuation shelter in Rangamathia village in Mayurbhanj district a day before Cyclone Yaas struck the eastern coast in May this year.

Later it was revealed that the number of people ostracised during the crisis was higher: More than 20 dalit individuals in the village were denied food and shelter. This is despite orders from the Special Relief Commissioner against such acts.

Relief volunteers secured a room for the people left out of relief camps and arranged for food for them.

During Cyclone Fani in 2019, caste-based entry to cyclone shelters, unfair access to tube wells and other forms of discrimination were observed.

Relief trucks headed for dalit villages were looted by residents of adjoining areas during the 1999 super cyclone and Cyclone Phailin in 2014. Many members of the dalit community found themselves stranded in unsafe conditions, without a shelter or relief packages.

Reports of such social injustice also poured in from Puri and Mayurbhanj districts during the novel coronavirus disease (COVID-19) pandemic and associated relief work.

The age-old practices of social discrimination and injustice are not just humiliating but put the lives of the victims at risk, especially in times of a natural calamity or pandemic. Here are some recommendations to deal with their harmful effects:

Debabrata Patra works as an Associate Director, Humanitarian Lead in ActionAid India and Evangelina Patro is a student in in XIM University, Bhubaneswar