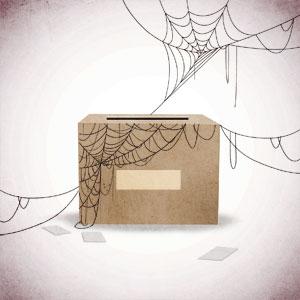 I am a citizen of the world’s largest democracy, but a few obvious questions often threaten this existential superlative. Is electoral democracy democratic enough? Does the elected government represent and reflect people’s mandate truly? At present, there is an uncomfortable feeling of being “suffocated” in the world’s largest democracy. In fact, there is a noisy debate over the definition of “freedom” and how one can take it to express one’s stands or opinions. And in this debate, in a surreal twist, democracy is also being defined.

“Democracy is fine but not division.” A statement from a senior political leader precisely captures this dilemma. In environmental debates, this particular feeling is more pronounced. Every day, an environmentalist is sure to be branded as something that he or she might not like to be. This is the case for all issues that relate to governance. So, it raises a much bigger question: we are a democracy, we have a constitution, and, we have regular elections, but is it delivering better governance?

The recently-released World Development Report (WDR) 2017 focusing on governance has a few interesting points, or counterpoints, on this complex issue. The report broadly analyses what makes government policies work for the benefit of people in the “real” world? But the set of graphs based on two years of studies of countries across the world raises more questions than it seeks to answer. However, the writers do point out one fact clearly: electoral system is neither the only way to good governance nor is it necessarily beneficial to public.

WDR 2017 says there is a significant increase in the number of countries having a constitution, indicating that countries are adopting principles or laws for governance. In 1940, we had just 65 countries with a constitution. In 2013, the number increased to 196. Many of these countries might not be democratically elected or having a multi-party system. A big example is China. But the big trend: the lifespan of a constitution is just 19 years. In Latin America and eastern Europe, it is just eight years. Amendments to constitutions have also picked up after the 1940s.

Similarly, the number of electoral democracies has more than doubled in the last three decades—from 40 in 1980 to 94 in 2012. But, at the same time, there is a sharp decline of faith in electoral democracies. The WDR 2017 finds that people are increasingly finding that elections are not fair. In 1979, 100 per cent elections were perceived free and fair. But this perception dipped to just 59 per cent in 2012. This is the most important takeaway from this report that points towards the general perception that electoral democracy might be the most popular mechanism of governance in the modern world, but it is hardly dependable as far as integrity is concerned.

This is evident from another finding in the report. Voter turnout—a fundamental indicator of credibility—has been declining since the time electoral democracy caught people’s imagination and proliferated across the world. In 1945, the average voter turnout was 77 per cent. It has dipped to 64 per cent in 2015. As expected, based on above trends, people are also finding that governments are shrinking public space for engagement with governance, deliberately through legal measures. The WDR says: “Many governments are establishing legal barriers to restrict the functioning of media and civic society organisations, and reducing their autonomy from the state.”

So the debate on the efficacy of the current form of democracy is not without reasons. In India, as we get “suffocated” with so many voices on both sides of the debate, WDR 2017 brings some clarity. It is better to dive deep into this debate with informed opinions, than to just wish them away with rhetoric.