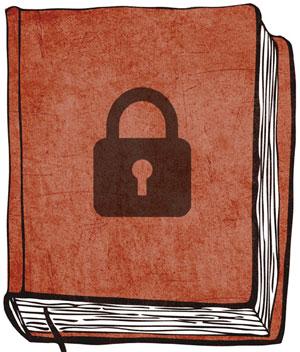 MOST readers would know of Anne Frank and her moving memoir The Diary of a Young Girl. Some would probably have visited the house in central Amsterdam where Anne and her family were in hiding for two years during the Nazi occupation of the Netherlands and is the setting for her teenage diary. The Franks were betrayed in 1944 and taken to different German concentration camps. Anne died in February/March 1945 just before World War II ended and The Diary was published by father Otto, the only one of the family to survive the camps, in 1947. (Warning: this column has an overload of dates but these are critical to the unfolding story.)

As the sensitive record of a teenager growing up in cramped quarters under the constant threat of discovery and death, The Diary became a classic. It has sold 30 million copies in 70 languages. In 2015, when the copyright expired, it should have come into the public domain, which means the work can be used by anyone for any purpose without paying royalty. In the European Union, the term of copyright is for 70 years after the death of the author, while in the US, it is an insane 95 years.

But even 70 years is not enough recompense for everyone. Anne Frank Fonds (AFF), a Switzerland-based foundation set up by Otto and whom he has named his heir, has come up with an ingenious reason for seeking an extension. It claims that Otto was not just the compiler but the co-author of The Diary. It stakes its claim on the fact that there are two versions of the diary. There is the original diary written by Anne in her famous red and white notebook and a revised version that she had prepared for possible publication. Otto selected and compiled The Diary from both her manuscripts. Since Otto died in 1980, copyright could extend till 2050.

AFF says Otto “amalgamated his daughter’s two incomplete, fragmentary and partially overlapping manuscripts into a reader-friendly version”. Does that make him the author? Clearly not since AFF also clarifies “that the original manuscripts were written, in their entirety, by Anne Frank herself.” The AFF website offers no disambiguation.

There are other complexities. Under Dutch copyright law, any work first published posthumously before 1995 remains protected for 50 years after the initial publication. Since Anne’s manuscripts were first published only in 1986 in a scholarly critical edition, they could remain protected until 2037. AFF does not confirm either of the dates of copyright expiry. All that it says in clarification is “that the different versions of Anne’s diary will remain protected for many years after 2015”.

It does so by suing infringers including other Anne Frank organisations in the Netherlands and the Royal Dutch Academy of Sciences for using the manuscripts for research purposes. This is a curious stance to take since AFF is engaged almost entirely in charity work and says it is against commercialisation. Not surprisingly there is resentment against the tendency of heirs of the original creators to make money from stuff that ought by rights to be in the public domain. An egregious example is the estate of Martin Luther King Jr. His epochal “I have a dream” speech made in 1963 is strictly off limits until 2038 when the copyright expires (see `He had a dream and a copyright', Down To Earth, 16-31 December, 2014). Users have to cough up a huge amount even to use snippets. That is why a major biopic like Selma did not feature the civil rights leader’s stirring speech. But apparently Steven Spielberg now has the film rights.

Digital-rights activists—academics and a French lawmaker—have meanwhile challenged AFF’s tight grip on the diaries by posting the diaries online as an act of defiance. Anne might have approved.