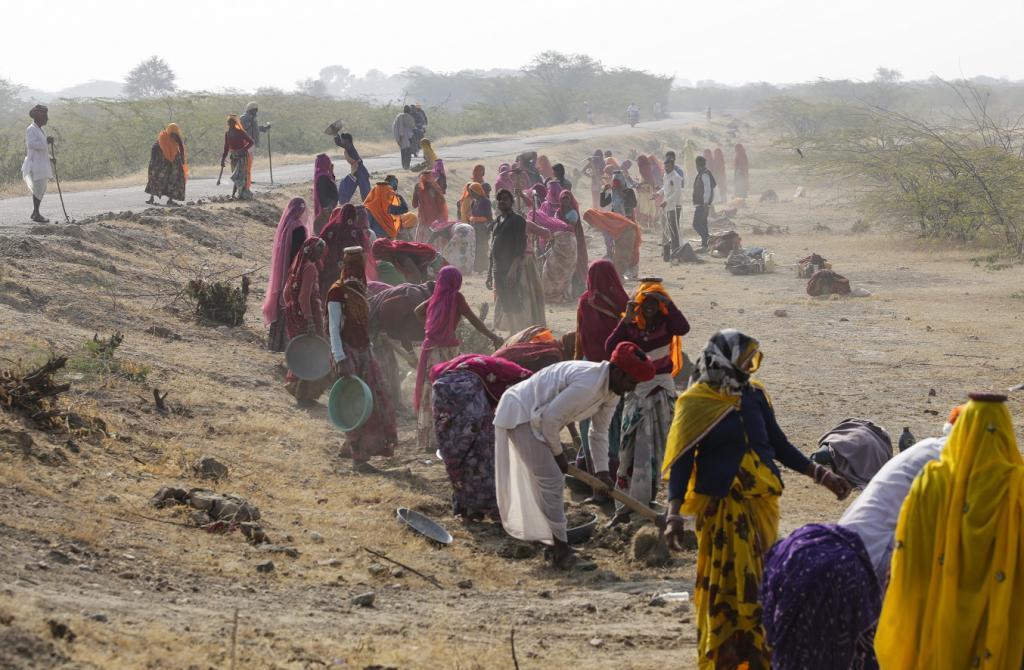 There will always be debates on freebies and their impact on the most vulnerable in a mixed economy like India. Welfare schemes — be they for pension, ration or housing — are riddled with various loopholes and inadequacies. However, they are still extremely beneficial for people especially women, children, the aged and vulnerable populations.

Freebies or welfare schemes do not wipe away poverty or vulnerability. Instead, they reduce them significantly so that a person availing these schemes can lead a life of dignity and escape from extreme hunger and poverty.

ActionAid, the non-profit I work for, did a study in 25 districts of Odisha to ascertain the status of welfare schemes related to pension, housing and maternity benefits.

Some 1,254 women from rural areas were interviewed to gain better understanding about the beneficiaries of different schemes introduced by both central and state governments.

Around 54 per cent of the interviewees had benefitted from the Integrated Child Development Services (ICDS) scheme.

Eighty-six per cent of the beneficiaries were of the Mamata Yojana. The money (Rs 5,000) received by mothers was often used to provide proper nutrition, health facilities, medical treatment. It also acted as financial support.

Some 91 per cent of the women mentioned that they had received vaccination during their pregnancy which was facilitated by Anganwadi workers. Also, around 96 per cent of them received services from Accredited Social Health Activists (ASHA) and Auxiliary Nurses and Midwives (ANM) workers during pregnancy.

Around 79 per cent of the women were beneficiaries of the public distribution system (PDS) which provided their families with essential commodities.

There are two main categories within the PDS — the Priority House Hold (PHH) and the Antodaya category. Seventy-one per cent of women were benefitted under the PHH category, 17 per cent under the Antyodaya category and rest under PDS as part of the National Food Security Act.

It was found out that 27 per cent of the 1,254 interviewees were enrolled under the Mahatma Gandhi National Rural Employment Guarantee Act (MGNREGA) where 92 per cent of them had their own job card.

The study recommended that PDS schemes be simplified for adding new members to the ration card and allowing people to withdraw ration in subsequent months in case they are not able to procure PDS food grains in a month.

The eye scan and fingerprint scan in the ration distribution for elderly people needs to be rectified or changed since they face numerous difficulties in this regard.

The Mamata scheme should be available for girls who get pregnant below the age of 19. The work availability and timely wage payments need to be streamlined in MGNREGA.

The contractor system in MGNREGA needs to be abolished. There should be overall awareness generation programmes so that eligible people can access all government schemes.

Forty-four years-old Anupama Swain, a resident of Bandhadwara village under the Baghuapalli Panchayat of Bhapur Block, Nayagarh district, is differently-abled. Her husband is a small farmer and a daily wage labour. They were living in extreme poverty in a kutcha house.

Her life changed when she became recipient of series of government welfare programmes which changed her life – disability pension (Rs 500/- a month, wheelchair, 35 kg of foodgrain through Antodaya Annapurna yojana, pucca house and a toilet through Pradhan Mantri Awas Yojana and Swacha Bharat Mission.

Due to these schemes, she was able to provide better education to her son. Now, her son is a graduate. So, these schemes helped her to live a life of dignity and she expresses her profuse thanks and appeals the government to continue these schemes.

Sixty-six years-old Renuka Jena belongs to a Schedule Caste community and resides with her family in Harijana Sahi village of Bonth block, Bhadrak district in Odisha.

Her family consists of four members — husband, widowed daughter and a granddaughter of 2 years. She is a daily labourer by her profession.

The deteriorating health condition of her husband had worried her for the last few years. She and her husband both got old age pension of Rs 500 each and PDS support after a long struggle.

The pensions were availed with the support of the Panchayat, which also added the name of her widowed daughter in the ration card. She also got the cash benefit for COVID-19 and Cyclone Yaas.

These government schemes are immensely beneficial to the elderly and vulnerable families who otherwise might have go without sufficient food for at least 15 days in a month or might not have money to buy medicines.

This enables a household to be food secured for at least 14 days in a month. Pregnant women or mothers having new born babies can get medical help and support under the Janani Surakshya Yojana, Mamata scheme and nutritious food through ANM centres.

Similarly, housing support under Biju Pucca Ghar and PM AWAS is critical for vulnerable families, especially those living on the coasts and under threat from floods and cyclones.

A large number of people can reap benefits of such schemes if the delivery system is improved and the gaps in implementation are plugged.

The communities availing these schemes have uniformly appreciated their benefits for giving them critical support in the times of need when they did not have livelihoods during lean seasons or a pandemic like COVID-19 or even natural disasters.