Hello Point in Odisha: A tale of digital India or ignorant India? 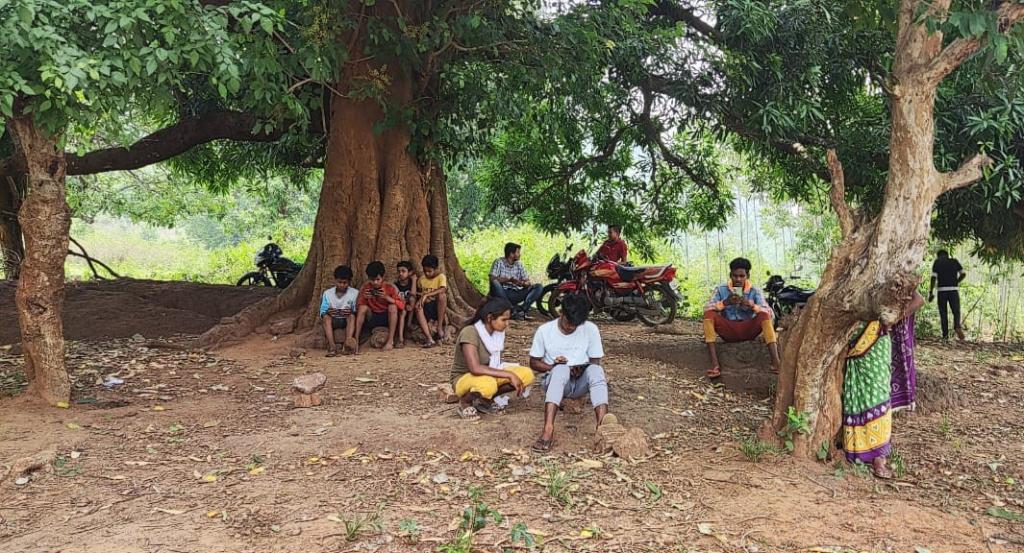 Does a ‘no signal’ in your phone ever have you worried or frustrated? The mobile phone is of barely any use without an uninterrupted network. But momentary poor connectivity will bother people only in that part of the world that has been enjoying seamless services for ages.

But the not-so-fortunate still have to walk for more than seven kilometers every day to make a phone call to their dear ones, who live far away to earn a living.

In a world where mobile phones and the internet has become a necessity, there are 27,721 inhabited villages in India that do not have access to mobile signals, the Union Minister of State for Ministry of Electronics and Information Technology told the Lok Sabha February 5, 2020.

Odisha has the highest number (6,549) of inhabited villages that do not have any access to mobile networks.

The race towards acquiring the 5G spectrum might have started among the richest persons and telecom companies in India but a section of the population remains ignored.

The people of Bengaon village and its surrounding villages in Lanjigarh block of Kalahandi district have now found a ‘hello point’. This location is nothing but a spot under a peepal tree where there is mobile network.

More than 70 per cent of the villages in this tribal-majority block is devoid of any mobile network connectivity for ages.

Sumit, a seventeen-year-old boy from a neighboring village walks for more than five kilometers to reach the hello point. “We are facing a lot of problems due to unavailability of any mobile network in our villages. I spend two-three hours a day at this hello point to talk to my friends and relatives,” said Sumit.

His brother has migrated to Chennai for work and remains busy the entire day, he added. So, the only time he can call him is during the night. This means, he has to come to the hello point when it’s completely dark just to chat with his brother.

COVID-19 made things worse. “We are deprived of online education and learning. We did not have any opportunity to study and learn as the schools remained closed for around two years,” said Mamita, a fifteen-year-old girl from a neighboring village, who walks for more than six kilometers to reach the hello point every day.

Like Sumit, her brother has migrated to Kerala and she needs to come with her mother to the hello point to speak to her brother.

The people’s inability to access technology in these areas represents one of the various systemic structural exclusion that the backward communities continue to face for decades. The access to telecommunication and information services could have brought with it rich dividends in the field of agriculture, education, healthcare, banking and governance, along with reducing social inequalities.

It had the potential to curb rural urban migration by generating income and employment potential in these areas. The pandemic has already increased our dependence on digital technologies and has clearly shown us that those without its access were affected disproportionately by the crisis.

The private telecom companies might view this area as an area of least interest as the economic cost modelling might be very different from that of urban areas. The Universal Service Obligation Fund (USOF) scheme was passed by the government in 2003 to provide access to quality information and communication technologies services to all people in rural and remote areas. About 43 per cent of the villages included in USOF still remain without connectivity.

In a world with so much inequality, we discuss and talk about the digital divide in terms of people’s knowledge of using digital services but hardly question the access of the people to these services.

It is difficult for an urbanite to even recognise the fact they are still villages and areas without network connectivity. This leads to the question: Are we keeping the others far behind while we move forward?

We are often taught that life is a race and people who are not running lose. But is the starting point the same for everyone? It never was and never will be, but we may always try to narrow the gap and barriers to prioritise the access to knowledge to promote equitable and sustainable development.