How can Delhi provide affordable housing near transit to its poor

India’s capital and other metros have performed woefully in this regard, even as their global counterparts have progressed

Millions from lower-income groups throng Delhi every year for a secure livelihood. Many, arguably a majority, are hardly able to earn enough to eek out a decent standard of living at the National Capital’s exorbitant rates.

Housing, especially, is expensive and many are forced to put up in slums and shanties of ‘Jhuggi Jhopdi clusters’. Apart from being unhygienic, these are also mostly far from workplaces and away from affordable commute options.

Delhi, which is already suffering from a housing shortage, must build and upgrade around 4.8 million houses by 2022, to house a third of its population that  lives in sub-standard housing, including 695 slums and Jhuggi Jhopdi Clusters, 1,797 unauthorised colonies, old dilapidated areas and 362 villages .

This target needs to be worked on hand-in-hand with Delhi’s strategies to provide better and accessible urban transport to its residents. Here lies the role of public transportation.

Public transport (Metro and bus) in Delhi caters to around 68.36 lakh trips on a daily basis. But how much of it is within reach of the poorest section of the society is still fuzzy. An unskilled daily wage labourer, earning Rs 534 daily, has to spend 22 per cent of their income on the Delhi Metro, according to a study by Delhi-based non-profit, Centre for Science and Environment.

That is 12 per cent more than the ideal amount (ie 10 per cent of the income for low-income groups) which he should be spending. Going by the same rule, as much as 34 per cent of the city population is excluded from non air-conditioned bus service.

While public transportation is already unaffordable for low-income groups, accessibility to it is another major issue, especially in low-income areas such as Sangam Vihar and Maidan Garhi, where public transport cannot reach. In view of this, a para-transit service named as ‘Gramin Seva’ was initiated in 2011 by the Delhi government to improve first and last-mile connectivity.

Currently, a total of 6,153 Gramin Seva vehicles operate in the city and cater to an average daily ridership of 80,000 approximately. There is no doubt that this service was one of the major stepping stones towards improving accessibility of poor. But is it the only best solution in today’s context, where Delhi is continuously expanding?

The answer is a big no. There needs to be a shift from placing the urban poor away from transit and then trying to solve the problem by improving their accessibility. Rather, house the poor near transit through provision of affordable housing, along with improving accessibility of the rest who live away from it.

This will reduce their overall journey cost by cutting down the transport expenditures on excess and egress service and improve their quality of life by providing them better living conditions near transit.

Unfortunately, the poor are often thrown away from transit plans. The Master Plan for Delhi 2021 came up with what planners called ‘in situ redevelopment’ in which, poor people are resettled in multi-storey apartments near shanties, instead of giving them plots for constructing houses on the city peripheries.

Still, the city authorities preferred relocation. Ahead of the Commonwealth Games in 2010, a big relocation exercise involving eviction and resettlement of slums or JJ clusters took place. The dwellers were relocated to 11 sites in north, northwest and west Delhi, including Bawana, which is in Delhi’s periphery and lacks public transport connectivity. 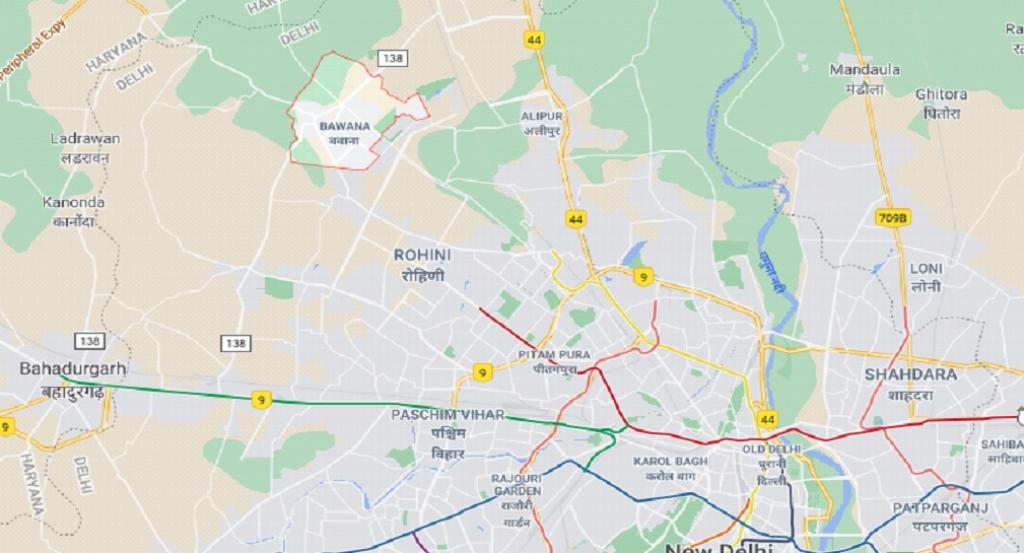 The concept of transit-oriented development (TOD) talks about social equity by reserving affordable housing near transit. In May 2017, the Government of India adopted the National TOD policy for guiding states and cities who want to adopt TOD as an urban growth strategy.

But no city, including Delhi, has taken any significant step. The discussions of TOD in India often get limited to increased floor area ratio (FAR) and density and rarely reach till housing near transit for all income brackets. In contrast to this, many global cities have even progressed up to implantation of innovative strategies for promoting affordable housing near transit.

Los Angeles, for instance, through its Metro Joint Development Policy has aimed at creating 35 per cent of the Metro’s housing affordable and make affordable housing developers to avail discount of land value up to 30 per cent fair market value, proportional to the number of affordable units to be created.

Till date, the initiative has created over 2,000 units of housing, of which, 31 per cent are affordable. The city of Minneapolis in Minnesota has reduced minimum parking requirement in high rise apartments through changes in its zoning regulation. It decreases the cost to developers and households, which increases opportunities for low-income groups to purchase or take a dwelling unit on rent bases near the transit areas.

Since the changes made in parking regulations in 2015, there has been an increase in the apartment buildings near transit outside the downtown area. The county of Arlington in Virginia allows developers to exceed the allowable FAR near transit in exchange of meeting affordable housing requirement.

Denver, Colorado, provides loans to affordable housing developers through its Acquisition Loan Fund to purchase and hold sites for five years within a half-mile and quarter-mile of anticipated rail and bus stations respectively. It helps these loan borrowers to compete with buyers who do not have provisions for affordable housing in their plans. The loans made to-date have created a pipeline of 1,300 affordable homes, a new public library, and well over 100,000 square feet of supportive commercial and non-profit space, all near public transit.

Delhi has now begun work on a master plan for 2041. This is an opportunity for city authorities as the implementation of mass transit projects such as Regional Rapid Transit System and phase-IV of the Delhi Metro have also begun.

The spread of Delhi Metro is already soaring the real estate prices in areas having easy access to the Metro network. For example, in Nirman Vihar Metro station, which became operational in January 2010, the land prices have gone up to Rs 7,200 per square feet in the mid of 2011, from approximately Rs 4,000 per square feet in 2010.

They rose to Rs 8,100 per square feet in 2012 and remained stable till 2013. Though there must be a number of factors due to which the price escalated from 2010-13, the impact of the Metro would certainly be one. Given this, the inclusion of affordable housing norms in the upcoming master plan is critical to provide it with legal backing.