How COVID-19 protocols can propagate social discrimination in India 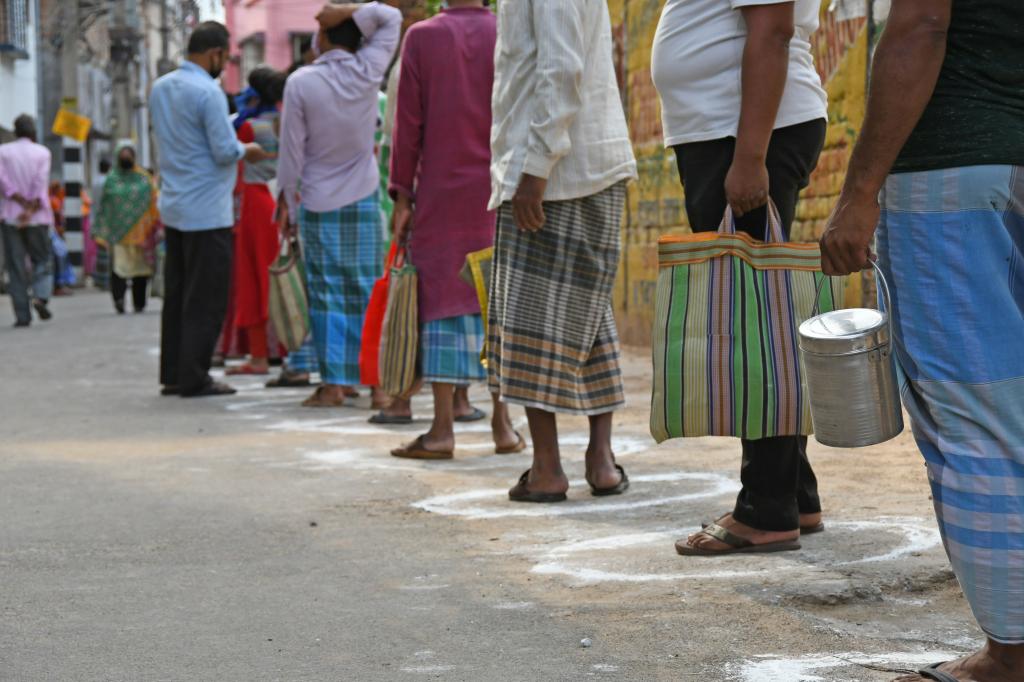 The novel coronavirus disease (COVID-19) pandemic has medicalised death, just like it has changed various aspects of our lives.

The distancing of the dead body, the bureaucratic restrictions imposed on conducting the last rites and the shrinking space for collective grief and sharing of loss — all of this has turned death into a game of mere numbers.

Our everyday social experiences are also witnessing a certain degree of medicalisation, with social-distancing norms and other protocols enforced in public spaces. We sanitise a collectively used object before using it, be it an ambulance stretcher, a supermarket shopping trolley or a seat in the public transport.

The safety norms provide a scope to medicalise the notion of ‘purification’. A COVID-19-approproate behaviour is the need of the hour, but the question is whether the practice will continue even after the need ends.

Historically, once a medical practice is rolled out and gets appropriated as a hygiene protocol, even if it is not globally practiced, a society can easily continue practicing it without much objection.

Japan’s practise of wearing masks or the flossing practice in the United States are examples.

Similarly, if the habit of social-distancing continues in the name of precaution, can it be challenged, on humanitarian grounds, to protect social harmony in the context of India?

India, as a country and culture, carries a long history of purification. The hegemony of the caste system is grounded in the idea of purity.

Social-distancing is not a new phenomenon in India. In the public domain, creating an imaginary private space was an accepted practice to grant ‘purity’ to the upper castes.

Instead of present-day’s alcohol-based sanitizer, we used Gangajal (water from the river Ganga) to purify a commonly used entity. Post-independence, the Indian Constitution and the four pillars of democracy worked to overcome this caste-based discrimination.

However, our societal circumstances demonstrate that one’s reality is far removed from being what is claimed or desired. With increasing caste-based violations in India, COVID-19-induced social-distancing norms can very well serve as scientific rationale, and in turn, medicalise the process of maintaining purity.

Some of the most common practices of caste-based discrimination observed in Indian households are the use of separate utensils and discriminatory seating arrangements for individuals from lower castes. These gestures act as signifiers.

So far, these issues were limited to uncomfortable conversations between comparatively progressive and traditional members of the same family. Without resorting to caste discrimination, it was hard to normalise this age-old differential treatment.

With COVID-19 safety norms, it now becomes convenient to bring both progressive and traditional family members under one umbrella — medical science.

Social-distancing is an emergency protocol for COVID-19 safety; it is also recommended to be continued to contain future waves of the disease.

However, in India, it puts a huge toll on the social experience of different communities and their interactions. We have already witnessed a public tendency to blame Muslims and Dalits.

The discrimination against migrant workers evidently possesses an undertone of caste-based discrimination. Or the same discrimination can also be said to have led to the biased distribution of relief packages during the lockdowns.

An EPW article reports how the attitudes towards sanitation work, a profession in India that still carries the burden of caste-based discrimination, deteriorated drastically during the pandemic.

It is a matter of great concern if measures to tackle a disease outbreak can potentially deepen socio-cultural biases or normalise them.

The pressure of the rising population is designated as a significant contributing factor to the climate crisis. Earth can sustain only a fraction of the present world population’s consumptive demand, if the energy and resource-intensive lifestyles prevalent in the global north are considered to be the standard.

Be it the half-earth project, neo-Malthusianism, eugenics or United Nation Agenda 21, such lines of thought showcase the need to contain or possibly reduce the rapidly growing population of the global south nations.

It is, however, ethically unjustifiable to juxtapose the pressure of the luxurious lifestyles of the citizens of developed countries on the environment and the resource base with the pressure exerted (even if it is higher in absolute terms) by billions of people living a barely subsistent life in the developing countries.

The disproportionate contribution of the former to the climate crisis is overwhelmingly higher than the latter. In spite of that, when the climate crisis becomes even more immediate, not only would some form of fascist population control measure be implemented and systematically targeted towards the socio-economically marginalised sections of the developing world, it would also normalise and rationalise the draconian measures resulting in a reinforced abyss of marginalisation.

Many experts have recently proposed that climate change should be announced as a health emergency. The outbreak of COVID-19 in the human population is rightfully denoted as a prime example of how environmental imbalances can affect human health.

In addition to medical emergencies, by far, the most despicable humanitarian crisis that is going to be induced by these climate disasters is that of climate migration. The cascading nature of climatic disasters can possibly be an invisible factor, capable of inducing fear and panic of the highest order.

When a large portion of the world will witness more frequent and intensified climate disasters, a climatic disaster phobia induced by eco-anxiety is likely to creep in and make the society fragmented, borders restricted and spatial division more stringent.

So, on the one hand, a direct link between environmental imbalances and health emergencies is likely to give rise to the medicalisation of ecological harmony, which in turn, can strengthen eco-fascistic sentiments and measures.

On the other hand, eco-anxiety and climatic disaster phobia can bring to the fore deep-rooted xenophobic sentiments and rationalise eco-fascistic measures to control the population of certain sections.

Crisis, by its very nature, invariably attacks our sense of security and the idea of certainty in our ways of life, which are afforded by this modern world running on fossil fuels. Medicalisation of the climate crisis eventually ties in this sense of security of individual life with the impending crisis situations we are likely to witness.

Undoubtedly, this is one of the most effective ways to capture individual attention toward the severity of the climate crisis and help drive international cooperation to combat it.

However, if we continue to replicate the patterns of marginalisation observed during the COVID-19 crisis and the medicalisation of purification, both of which worsened the situation, we must explicitly create checks and balances to block the medicalisation of the existing socio-cultural biases in our fight with the climate crisis.

Otherwise, this can further fragment our society along existing fault lines and adversely impact humanitarian values, turning the climate crisis into a deplorable humanitarian crisis.