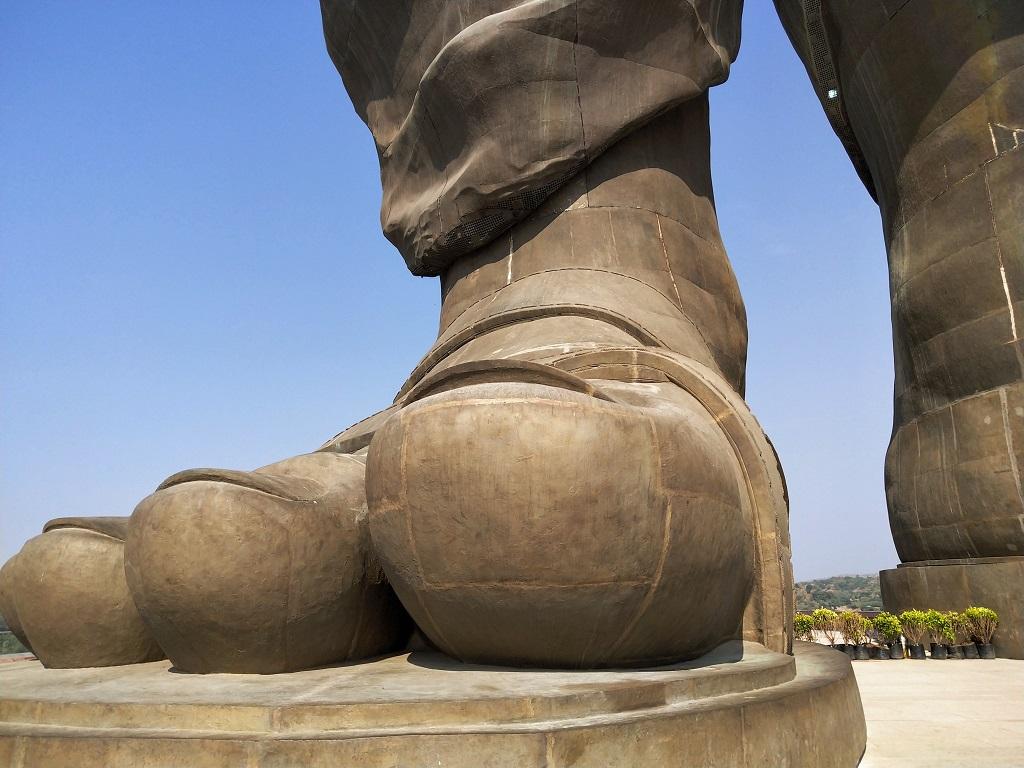 Various provisions in the Statue of Unity Act take away autonomy of the tribal population. Photo: Wikimedia Commons

The Statue of Unity Area Development and Tourism Governance Act, 2019 (SoU Act) was enacted to develop the area around the statue of Sardar Vallabhbhai Patel to promote tourism in the Narmada district of Gujarat. It is, however, mired with draconian provisions which are prima facie arbitrary, unconstitutional and not in consonance with the Panchayat Extension to Scheduled Areas Act, 1996 [PESA].

This article will critically analyse the provisions of SoU Act vis-à-vis PESA and the Constitution of India and try to explore the legal strategies that can be adopted by the Gram Sabhas as a last-ditch effort to prevent further illegalities by the state.

The SoU Act empowers the Gujarat government to establish a tourism authority for development of infrastructure and planning to promote tourism. The various provisions in the Act are not just exclusive in nature but take away the autonomy of the tribal population to manage resources as guaranteed under PESA Act and Gujarat PESA Rules. This is despite the adjoining areas of the statue being notified under the Fifth Schedule which was inserted in the constitution to protect the rights of the country's tribal population.

The conversion of the area surrounding SoU to an urban area for promotion of tourism is underlined by Section 10 of the Act, which states that provisions of Gujarat Town Planning and Urban Development Act, 1976 would apply to the tourism area.

Furthermore, Section 31 (1) of the Act states that the state government may, with regards to Article 243Q, turn the tourism development area into an industrial township and declare it a notified area. Section 31 (2) states that the provisions of the Gujarat Municipalities Act, 1963 shall be applicable if the development area is declared as a notified area.

The entire Narmada district is a Schedule V area where PESA Act and Gujarat PESA Rules of 2017 are applicable.

These provisions of SoU Act are prima facie unconstitutional. Article 243-ZC of the Indian constitution unequivocally states that Part IX-A which talks about municipalities won’t be applicable to scheduled areas unless Parliament enacts a law to that effect. Therefore, Sections 31 (1) and (2) fail the test of constitutionality.

Testing the legislative competence of Parliament in enacting PESA, the Gujarat High Court in the Patel Vaktabhai Punjabhai vs State Of Gujarat in 2000 had held that owing to Article 243-M(4)(b), only Parliament had the power to enact a legislation covering Panchayats in scheduled areas. This judgment upheld the constitutionality of PESA.

Therefore, the state legislature has no power to extend the Gujarat Municipalities Act to a rural area in a Schedule V region.

Explicit unconstitutionality isn’t the only problem with this legislation. Its arbitrary provisions which don’t take into account the principles of natural justice, and the utter disregard for the traditional knowledge and governance systems of the local population and their autonomy are glaring.

Section 27(1) of the Act states that the prescribed authority may ‘without giving any prior notice’ prohibit any ‘nuisance’ being caused or prevent activity or process which, in their opinion, adversely affects tourism potentiality in the region.

Section 27(2) mentions issuance of notice but only after the action is taken by the authority and neither does it provide for any hearing.

The words “damage or affect to tourism potentiality” are not just ambiguous but give unbridled powers to the authority. Since the prescribed authority is endowed with quasi-judicial functions, the procedure has to incorporate a prior notice and hearing. But the procedure does not account for it and is hence arbitrary and violates a long line of Supreme Court judgments.

Gram Sabhas can step in

Section 4(A) of PESA Act states that no state legislation shall be inconsistent with the customary law, social and religious practices and traditional management processes of community resources. This is not directory in nature but mandatory.

Giving effect to this provision, rule 17 of Gujarat PESA Rules mandates that the state laws have to be in keeping with the customs, social, religious and traditional management practices of community resources.

Rule 17(1) states that the Gram Sabha may pass a resolution to the effect stating that a particular law is not in consonance with customary law, social and religious practices and traditional management practices of community resources or any subject matter which comes within the purview of the Scheduled Areas.

If the Gram Sabhas in the affected areas pass a resolution to such effect, stating that the application and implementation of the Statue of Unity Act, the Gujarat Town Planning and Urban Development Act and the Gujarat Municipalities Act in the area is contrary to the cultural and traditional resource management rights of the Adivasis and forward it to DDO, the state government and the governor, the state is bound to reply.

Violation of Rule 24 of the Gujarat PESA Rules can also be highlighted in this resolution. This rule states that all the details of rehabilitation shall be put before the Gram Sabha and the minutes of queries and replies shall be recorded by the authority, something which has not been done in this case.

This resolution may be passed in the extraordinary meeting of the Gram Sabha under Rule 46(1)(iv), wherein more than five per cent of the total members or 25 members of the Gram Sabha give a written intimation to the secretary of the panchayat.

The secretary is bound to call a meeting within seven days and if they fail, then the sarpanch or the deputy sarpanch can convene the meeting and pass a resolution to that effect. But the Gram Sabha will have to make sure at least 10 per cent of the registered voters or 50 people, a third of them women, take part in this Gram Sabha for it to be legally valid as per Rule 58 of Gujarat Rules.

This is a legally-backed advantage Gram Sabhas across Gujarat can use to denounce any practice or legislation contrary to their culture, traditional management systems and religious beliefs.

While this might prove to be a last-ditch effort, it is still an option available to the Gram Sabhas due to the mandatory nature of Rule 17. The probabilities of the state heeding to the resolution of the Gram Sabhas are minimal but it’s a chance worth taking.

What this action could do is create a consolidation of resolutions stating how the laws of the state government hamper the traditional management and cultural practices of the community, violating the principles enshrined in the constitution and PESA.

If the Gram Sabhas choose to knock on the doors of the courts in the future, these resolutions might turn out to be the turning point and keep the state in check for any further actions in the area around the statue as well as in other Scheduled Areas.