In the midst of war, Russia hits at patents

As US-EU sanctions deepen, Moscow passes a law to allow free use of patents owned by ‘unfriendly countries’ 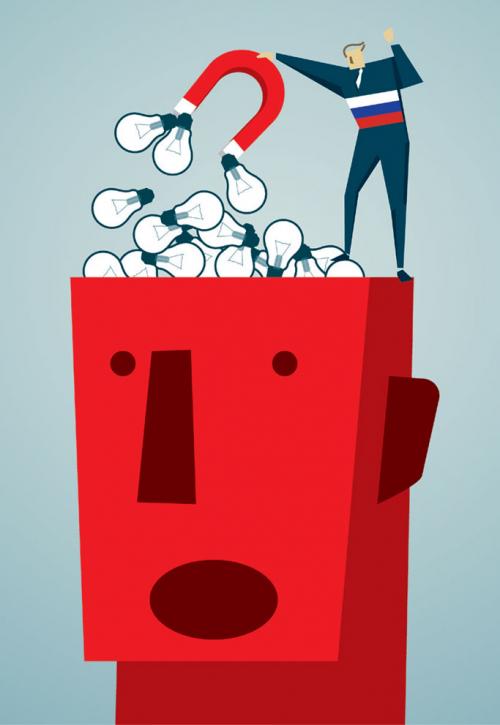 Wars launched by the United States and its allies at the North Atlantic Treaty Organization (NATO) have become increasingly vicious in recent decades, worse than the atom-bombing of Hiroshima and Nagasaki or the savage conflict in Vietnam, some would say.

America’s newer wars are more horrific because of their lasting effect on millions of civilians in the countries they have chosen to attack. Vast numbers have been killed, millions displaced and entire generations destroyed through the systematic annihilation of infrastructure and the use of harsh economic sanctions.

The ongoing Ukraine conflict, in which both the attacker and the attacked are European countries, follows a familiar pattern but with certain “refinements”.

Rattled by a challenge to their hegemony, the US and Europe, along with their allies across the globe, have galvanised all the multinational forums under their control to act swiftly.

These include the United Nations, the Bretton Woods institutions, the International Court of Justice et al, working to censure Russia while pumping arms into Ukraine.

With the help of powerful multinationals and international lending institutions, the alliance is deploying the most comprehensive range of sanctions to clamp down on almost every Russian economic activity.

Along with imposing a ban on new investment in Russia, western countries have also frozen the assets of Russia’s central bank, which means that Moscow will be unable to use its $630 billion foreign currency reserves.

Russia has retaliated through a series of penalties on “unfriendly countries”, or those that have imposed sanctions on it. But as the boycotts and sanctions begin to bite, Russia has decided on a crisis measure to counter some of the impact.

It will need to ramp up production of certain critical goods like medicines and software, which are in short supply. In early March, the Kremlin issued Decree 299, which stated that when the government decides on the use of an invention, a utility model, or an industrial design without the patent holder’s consent, it would be without any compensation.

This marks a sharp policy shift in how Russia views intellectual property (IP). For instance, the repercussions of using pirated software in Russia are severe. Violation of copyright and related rights is punishable with up to six years in prison and fines of up to 500,000 roubles ($6,303).

There are, of course, exceptions to IP protection in the public interest. India has several provisions in its patent law to allow the state to override IP rights, for instance in the case of a public health emergency, and issue a compulsory licence (CL).

Article 1360 of Russia’s Civil Code gives the government the right to use IP “in cases of extreme urgency, in order to ensure the defence and security of the state, protection of life and health of people” without the approval of the patent owner.

But such use, governed by commensurate compensation fixed by the government, has been rare until now. The first time Moscow issued a CL was in December 2020, to cope with the health crisis caused by the covid-19 pandemic. It was awarded to Russian company Pharmasyntez to make Gilead Sciences’ remdesivir.

Gilead was paid a royalty. Russia’s second CL was also related to the use of Gilead patents. In October 2021, Moscow issued a decree that fixed compensation for state-authorised use of patents at 0.5 per cent of revenues.

The latest rule appears to supersede that decree by cancelling any compensation for patents owned by citizens of unfriendly countries or by owners of patents that are registered in such countries. Would this necessitate an amendment of Article 1360 to meet the current exigency?

When the EU opened the IP front in its sanction war against Russia, it may not have expected such a swift turn of events. The EU’s action in ending all cooperation with the Russian patent office (Rospatent) was followed quickly by the US Patent and Trademark Office, which went a step further by ending its fast-track Global Patent Prosecution Highway programme with Rospatent.

Russia passed Decree 299 within days. This is possibly the first time such actions have been used during a conflict. American and European IP websites are now awash in reports that Russia plans to engage in large-scale piracy, especially of software. Such speculation has been spurred by the exit of software giants such as Microsoft, Cisco, Oracle, IBM and Intel from Russia, and their suspension of new licences.

To counter this, it is feared Russia may set up a software licensing mechanism to renew expired licences without the consent of the copyright owner. A draft action plan is certainly under discussion, but as widely reported, not all the ministries involved in such a policy see eye to eye on appropriation of software technology.

Experts say exceptions to copyrights are already established in the Civil Code and are also permitted by World Trade Organization’s (WTO) Agreement on Trade-Related Aspects of Intellectual Property Rights (TRIPS). Article 73 of TRIPS allows members to take any action considered necessary for the protection of their essential security interests, and specifically mentions measures “taken in time of war or other emergency in international relations”.

In using IP rights as a tool of war, Russia is taking a leaf out of the US’ book. Washington’s most egregious example is the Trading with the Enemy Act introduced during World War I, which allowed the US to seize copyright and patents owned by enemy countries.

The best known victim of the law was Germany’s Bayer, which owned Aspirin, the most widely sold medicine worldwide at the time. Aspirin was the brand name of the drug Bayer had synthesised in 1899, and was protected by trademark.

After the US joined the war in 1917, Bayer lost not just its IP rights on Aspirin but also its US company. Its assets, including the trademark, were seized and auctioned to an American firm, Sterling. It is another matter that Sterling was unable to make Aspirin and was forced to bring Bayer back as a partner. Russia could learn from the US’ history of war appropriation.