Is America redeeming itself vis-à-vis its First Nations?

The country appointed its first Native American poet laureate and apologised for the genocide of aborigines in its largest and richest state on June 19, 2019

On June 19, the United States appointed poet, musician and author Joy Harjo as its 23rd poet laureate. There was one other important detail though: Harjo, born in Oklahoma, is a member of the Muscogee Creek Nation and is the first Native American to be named poet laureate.

Also, on June 19, Governor Gavin Newsom stood in the shade of an oak tree on the banks of the Sacramento river in California, the United States’ largest (by population) and richest state.

He solemnly read from an official document in the presence of Native American leaders, officially apologising for what has been termed as ‘genocide’ of the state’s tribal population in the mid-19th century.

Both these developments are history in the making. The United States, which ascended the world stage in 1898 in the aftermath of the Spanish-American War, became one of the globe’s two pre-eminent powers after 1945.

As is well-known, the sprawling country, spanning today from coast to coast, started as a number of tiny English settlements in the 17th century: Roanoke, Jamestown, Massachusetts Bay and most famously, Plymouth.

The settlements expanded into 13 colonies, which then threw off their British overlords and became independent in 1776.

From 1776 to 1876, the 13 colonies expanded westward – buying land from Napoleonic France (1803) and Tsarist Russia (1867). At the same time, American settlers moved westward, encouraged by their government and confident in their belief that this ‘virgin land’ was theirs to take over and possess. It was their ‘Manifest Destiny’, according to journalist John O'Sullivan.

Trouble was that the land was not Terra Nullius. It was occupied by hundreds of thousands of Native Americans, divided into tribes, bands, clans, sub clans, chiefdoms and confederacies.

It is another thing that these existed in the original 13 colonies too, but had been largely exterminated by disease and warfare.

One of these tribes was the Muscogee Creek Confederacy. Their homeland was what is now the US Southeast.

The ancestors of the Creek had first seen warfare with the Europeans way back in 1540, when Conquistador Hernando De Soto fought against Chief Tuskaloosa in the Battle of Mabila.

In the days of the Founding Fathers of the US, the Creek, along with the Cherokee, Choctaw, Chikasaw and Seminole, were collectively known as the ‘Five Civilised Tribes’.

Why civilised? Because they had adopted Christianity, European education and ways of living, in stark contrast to many other nations, who were still ‘primitive’.

However, this did not offer any security to the Creeks. In 1813, they became embroiled in a war with Great Britain and the United States. In the end, they were forced to cede 21 million acres to the US.

In a final blow to them, the Creeks, along with their four ‘Civilised’ brethren were forcibly displaced between 1830 and 1850 from their southeastern homelands to the west of the Mississippi. This event is remembered as the ‘Trail of Tears’.

This, then, is the history of the Nation to which Harjo belongs.

In an interview to the Washington Post, she has said she will use her position to ‘humanise’ Native Americans.

“We all need humanising, but especially natives because we’ve been so bound and ‘disappeared’ by images that really have nothing to do with us. That means bringing communities together to listen to poetry and to hear each other.”

I contacted the office of the Muscogee Creek Nation for an official response to Harjo’s appointment and whether it was a closure of sorts for the Nation. However, I did not get a response.

“It's called a genocide. That's what it was — a genocide. No other way to describe it. And that's the way it needs to be described in the history books,” he told that solemn gathering by the Sacramento River on June 19.

Newsom’s apology has been codified in an executive order. He has called for the formation of a ‘truth and healing council’ to provide Native perspectives on the historical record.

The council will include tribal representatives and others and issue a report on the historical relationships between Native Californians and the state of California.

California, which was visited by explorers such as Sir Francis Drake and many others in the Age of Discovery, was part of the huge Spanish colony of New Spain, which also included Mexico. When the Mexicans overthrew the Spaniards, California came under them.

In 1848, California came under the United States after the Mexican-American War. This also coincided with the California Gold Rush. With the discovery of a gold nugget in Swiss settler John Sutter’s mill, hordes of Euro-Americans from the east made the journey to California, over land and by sea, rounding Cape Horn. And nothing was ever the same again.

Benjamin Madley who is Professor of History at the Department of History, UCLA, is also the author of the book An American Genocide, which is on California Indians. 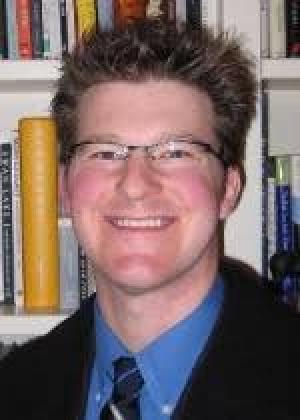 “Diseases, dislocation, and starvation caused many of these deaths, but the near-annihilation of the California Indians was not the unavoidable result of two civilisations coming into contact for the first time. It was genocide, sanctioned and facilitated by California officials,” he added.

Madley’s book dives deep into the records of the time to bring up evidence that would shame all humanity. He told me some of the following ghastly facts.

In 1850, when California was admitted as the 31st state of the US, its legislature banned all American Indians from voting. Indians could also not give evidence for and against whites. They could not serve as jurors or attorneys.

“This amounted to a virtual grant of impunity to those who attacked California’s Indians”, says Madley.

Also in 1850, he says, California’s legislators endorsed unfree American Indian labour by legalising white custody of American Indian minors and American Indian prisoner leasing. In 1860, the indenture (which we in India only know too well) of Indians was legalised.

“These laws triggered a boom in violent kidnappings while separating men and women during peak reproductive years, both of which accelerated California Indian population decline,” remarks Madley.

There is a lot more. But for that, you will have to read Madley’s book.

What are the takeaways from the developments of June 19, especially for the indigenous peoples of the United States?

“Jerry Brown was the first California governor to acknowledge this (California) genocide. Governor Gavin Newsom has now issued a formal apology for it. This is an important new development,” says Madley.

He adds: “Decency demands that even long after the deaths of the victims, we preserve the truth of what befell them, so that their memory can be honoured and the repetition of similar crimes deterred. Justice demands that even long after the perpetrators have vanished, we document the crimes that they and their advocates have too often concealed or denied. Finally, historical veracity demands that we acknowledge this state-sponsored catastrophe in all its varied aspects and causes, in order to better understand formative events in both California Indian and California state history.”

I also contacted Survival International, which campaigns for indigenous peoples and uncontacted tribes throughout the world.

“We can’t speak for Joy Harjo, the Creek Nation, or any other Native community in the US, however these are of course positive happenings in Indian country,” said Jonathan Mazower, Communications Director.

However, he added a rider: “In our opinion, they do not come close to any sort of redemption or closure. Hopefully however, these move closer to the possibility of actual, more substantive and meaningful changes like reparations”.

I, however, took some heart from this response by Brett Chapman, a Tulsa, Oklahoma-based Ponca attorney, who frequently tweets about Native issues, to Harjo’s appointment:

The first Muscogee Creek to serve as United States Poet Laureate is such an incredible achievement that all Native Americans can take pride in. Even though we are invisible to American society, we still accomplish great things!https://t.co/W5sjzpmkYY

Rajat Ghai is Assistant Editor at Down To Earth. His main interests include history, wildlife, culture and cuisine