Despite living in abject poverty and depending on natural resources for survival, the Kondhs do not use wood from the forests for fuel and also prevent illegal tree 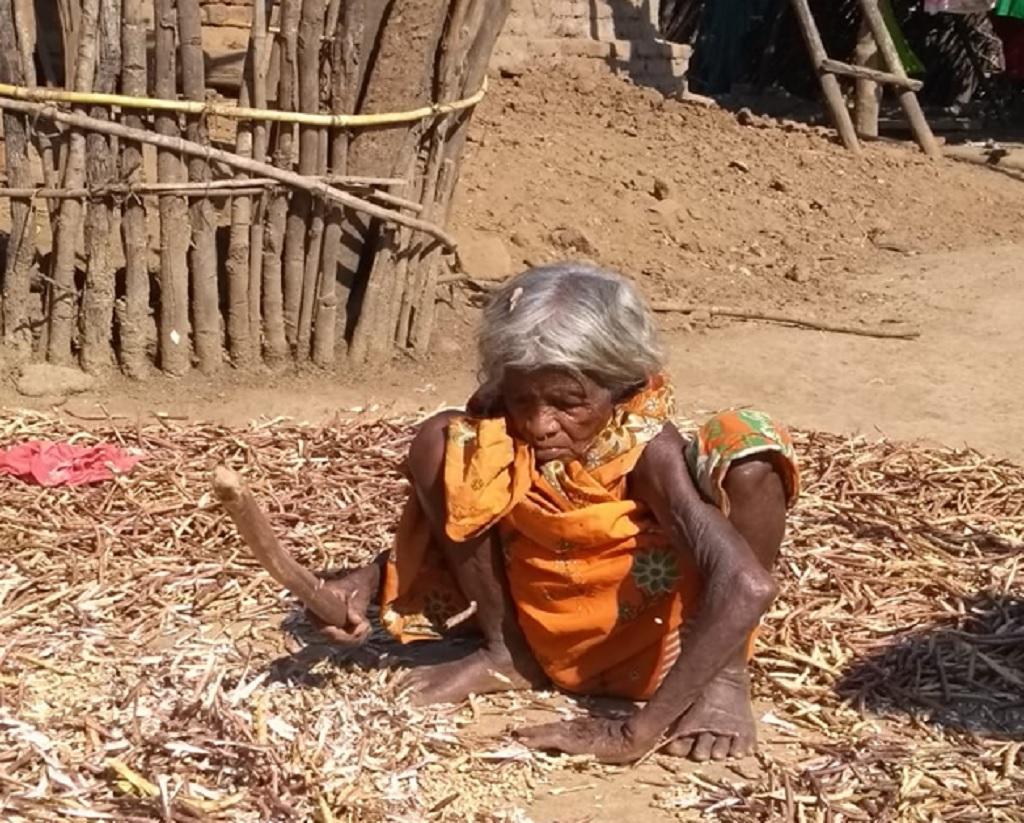 The Kondhs worship nature like many other tribal groups in the country. Members of the community take turns to protect forests and wildlife that surround their houses.

Despite living in abject poverty and depending on natural resources for survival, the Kondhs do not use wood from the forests for fuel and also prevent illegal tree.

In Lanjigarh, where over 90 per cent residents are Kondhs, every sixth household experiences severe food insecurity and hunger.

Every tribal community has a distinct way of life, majorly depending on nature and natural resources. Inter-generational poverty is a reality among tribal communities.

A typical kutia Kondh settlement has two rows of houses facing each other spread over a rectangular space. Living for the day and thinking little for their future is a way of life for them. They have limited interactions with people outside their tribe or the government. 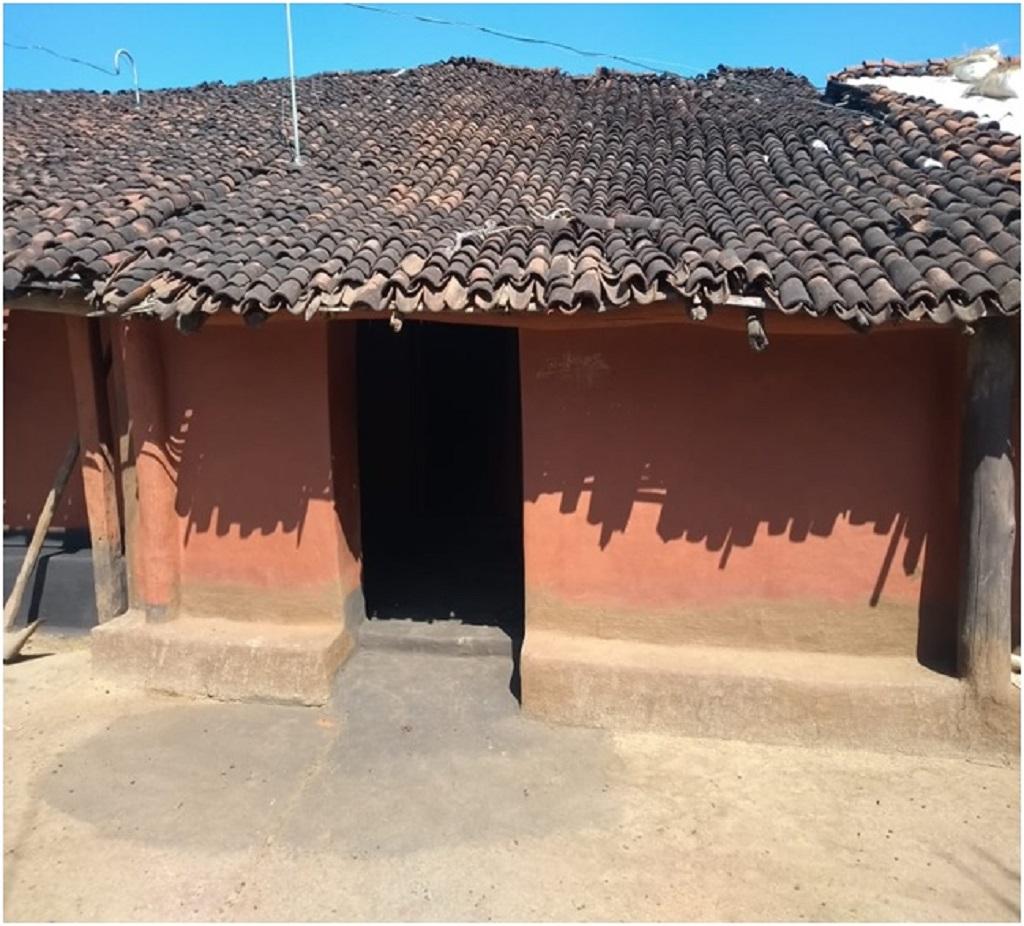 (Mudhouse with conical tiles in Ushabali village in Lanjigarh block)

The social structure is well-organised and unified in a Kondh settlement and co-operation is remarkable. The families are mostly nuclear and patriarchal in character.

Women, however, play a relatively big role in the collection, processing and sale of non-timber forest produce. In addition to housekeeping and child care, female members across age groups perform most of the domestic work except fuel wood collection.

Adolescent females of the tribe usually live separately from the rest of the members at ‘youth dormitories’. The practice, however, is gradually losing importance.

A few primary schools have come up in these villages due to government intervention and the current batch of students in these schools is the first generation of learners in the community. Efforts by the government and welfare organisations have also resulted in the gradual transformation of the community’s social life and infrastructure.

Shifting cultivation, or slash-and-burn agriculture, is the primary source of food for the tribal communities in the area. The Kondhs call it dongar chaas or podu chaas.
The major crops cultivated in the shifting cultivation system are minor millets like ragi (finger millet), kosala, kangu with arhar as an intercrop.

These crops are cultivated during the Kharif season (June to September). The average size of podu landholdings is 0.5-3 acres along hill slopes. No manure or chemical fertilizers are used by Kondh farmers in the shifting cultivation system.

About 68 per cent of the households have marginal and small landholdings, 10 per cent have medium and large landholdings and the rest are landless. With increase in population and family size, the lands are further fragmented. The average holding size is 0.8-1.2 acres with a few farmers holding more than 3 acres.

Collection and sale of NTFPs, casual labour and remittances from migrants are primary sources of income other than agriculture. They also earn a living by selling livestock. Distress sale of livestock is fairly common.

On an average, the annual income from all sources for a tribal household ranges between Rs 15,000-30,000. Most of the households have an average debt of Rs 5,000-8,000 to friends, relatives and money lenders. Fluid cash is completely missing in most households.

The most migrations take place between July-August and November-December when the community waits to harvest. These are food-scarce months.

A majority of the migrants move to Andhra Pradesh and Telangana to work in brick kilns and to Kerala to work in stone-crushing units, rubber and tea plantations.

Remittances ranging between Rs 3,000 and Rs 12,000 are sent by migrant family members and are used for buying basic provisions by the family left behind. Last year’s lockdown to curb the novel coronavirus (COVID-19) pandemic prevented many migrant workers from returning to their villages, stripping their families of even this measly income.

Animal husbandry constitutes a major source of livelihood as well as a source of dietary protein. The Kondhs rear cows and chicks for their consumption while goats and sheep are reared mainly for the market. 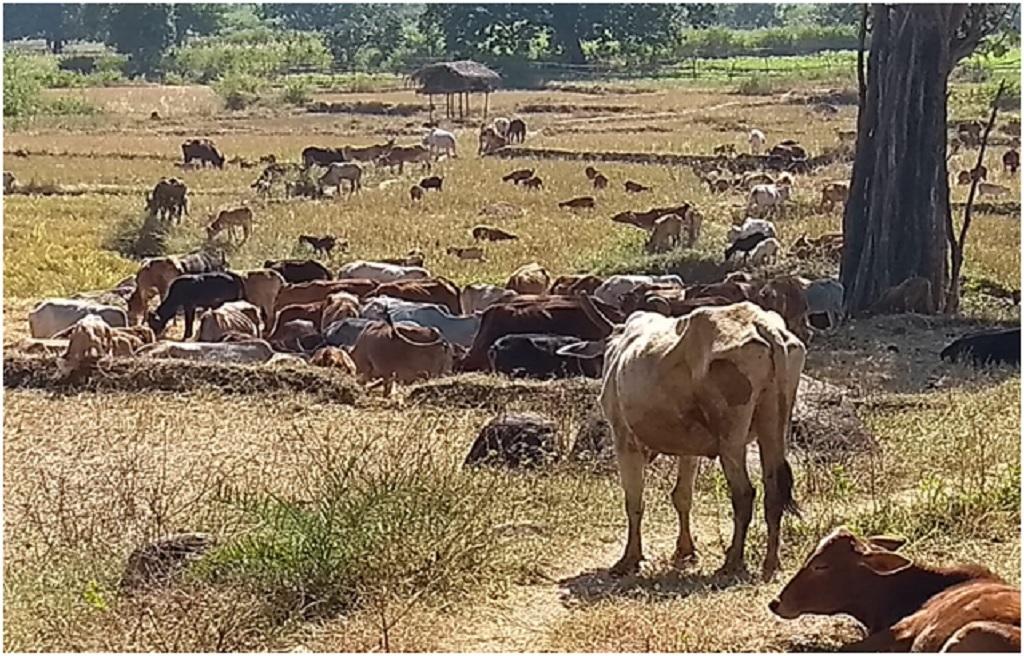 The tribal communities depend critically on natural resources like forest, water and land for their livelihoods. They collect different forest produce such as edible leaves, wild tubers, mushrooms, bamboo shoots and wild fruits and berries for consumption.

A majority of the tribal households are dependent on the forest for two-three months a year for collection of NTFPs they consume and sell.

Landless people sell Siali leaves (Bauhinia vahlii) and sal leaves to buy food. Due to rapid deforestation over the last two decades, there has been a decline in NTFPs like mahua, tamarind, mangoes, kendu, jackfruit, amla, harida.

Many species of medicinal herbs and plants are collected by tribal women and men to cater to their medicinal requirements.

Deteriorating soil quality has also led to decrease in yield for tubers, NTFPs and other medicinal plants.

Hidden hunger and starvation-like situations are endemic to Lanjigarh block, where almost a quarter of the district’s Kondhs live. Here, the tribal people are constantly living in hunger for almost eight months in a year.

The community diet is primarily carbohydrate-rich mandia pej (ragi gruel) with very little diversity, or rice with salt, tamarind water and green chillies. Only a few households are able to afford pulses and vegetables.

The poorest households avail government scheme top distribute rice at Re 1 a kilo troughout the year and ensure part of their household level food security and survival.

Anaemia rates are precariously high among adolescent girls and women (over 68 per cent in Lanjigarh block). The rate of child malnutrition is high in Lanjigarh block with 43.5 per cent underweight, 47.9 per cent stunted and 20 per cent wasted children. Prevalence of nutritional anaemia in children under five years is 74.3 per cent and in pregnant women is 49.7 per cent.

Most households practice open defecation. Drinking water especially during the summer months is a problem in most tribal settlements due to drying up of tube wells.