Having the highest number of malnourished children in the world, India cannot afford to overlook this fact 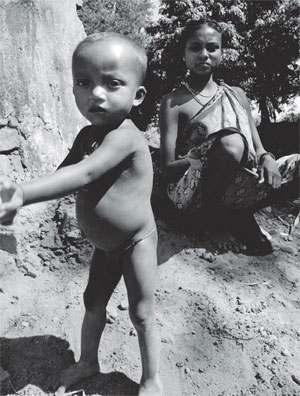 Narendra Modi was the chief minister of Gujarat when he claimed that malnutrition in his state was high because girls had become “beauty-conscious”. In May 2014, he became the Prime Minister of India. Five months into his stint, the National Democratic Alliance government received a survey conducted by UNICEF named the “Rapid Survey on Children”. The survey was commissioned by the Union Ministry of Women and Child Development. All this information was revealed by reputed international magazine The Economist, which broke the story in July 2015 and highlighted that the government had been sitting on the survey report for several months. It also tried to understand as to why the government was not brining the report in the public domain. One guess, the magazine speculated, could be that Gujarat, the PM’s home state and a prosperous one at that, had performed worse than several poor states. And that obviously questioned the efforts of Narendra Modi who had ruled Gujarat for a decade.

The Economist report was picked up by various sections of the Indian media and the subsequent pressure that built up, forced the Modi government to reveal the contents of the report.

There is a reason as to why I am mentioning all these facts now. That is because I am unable to understand why the first ‘pro-people budget’ of the Modi government, unveiled on February 29, 2016, failed to mention malnutrition even once. The government, known for its closeness to corporates, tried to convince Indians that there was sufficient space for them too. Union Minister of Finance, Arun Jaitley spent considerable time discussing schemes for farmers, agriculture and health but apparently forgot “malnutrition” or did not find it worth mentioning even once.

The Modi Sarkar’s cover-up of the UNICEF report could be the only explanation. Otherwise, there is nothing to justify why Jaitely forgot malnutrition or more specifically, allocated lesser money to fight it as compared to previous years. This is despite the fact that the Economic Survey tabled a few days before the Budget (2016-17) has highlighted the challenge regarding malnutrition.

The Survey says, “A child’s first 1,000 days on earth are thought to be a ‘critical period’ of physical and cognitive development with long-term consequences”. As per the Survey, out of all the infants who die in India, 70 per cent die in the first month because of low birth weight. Babies with low birth weight are more prone to dying in the first few days of life and women who are too thin when they begin pregnancy, do not gain enough weight during pregnancy.

These statistics failed to convince the Modi government to consider nutritional issues in its priority list while allocating money in this Budget. This time, the government allocated Rs 15,872.9 crore for the ‘Umbrella Integrated Child Development Services (ICDS)’ scheme, compared to Rs 16,425.2 crore last year. The ‘Umbrella ICDS’ is a combination of similar schemes like Scheme for Empowerment of Adolescent Girls (SABLA), Indira Gandhi Matritva Sahayog Yojna (IGMSY), National Crèche Scheme for Children of Working Mothers (RGNCSCWM), National Nutrition Mission (NNM) and ICDS. In the last Budget, the government has spent Rs 15, 584.2 crore only on ICDS.

Thus, in this year’s budget, the Centre has allocated lesser money to states to fight malnutrition. A report on the budget by non-profit Centre for Budget and Governance Accountability (CBGA), speculates that the Centre might have done so thinking that state governments could contribute more to this effort. However, the CBGA report points that all states have different burdens of malnutrition and there is a huge social and regional divide in each of them. Whether, all these states will show similar interest and also put required resources to fight malnutrition is not clear. It is also not clear whether highly-burdened states are getting more money after fiscal devolution or not, compared to those states which have lesser burden of malnutrition.

And what about the Sustainable Development Goals which call on India to eradicate malnutrition completely by 2030? Will state governments realise the target with the same seriousness? Will the Centre play its role and keep its eyes on the development or just assume that malnutrition in India is the result of some “fashion-conscious women”?