The government resorted to voluntary land pooling through speculation and intimidation 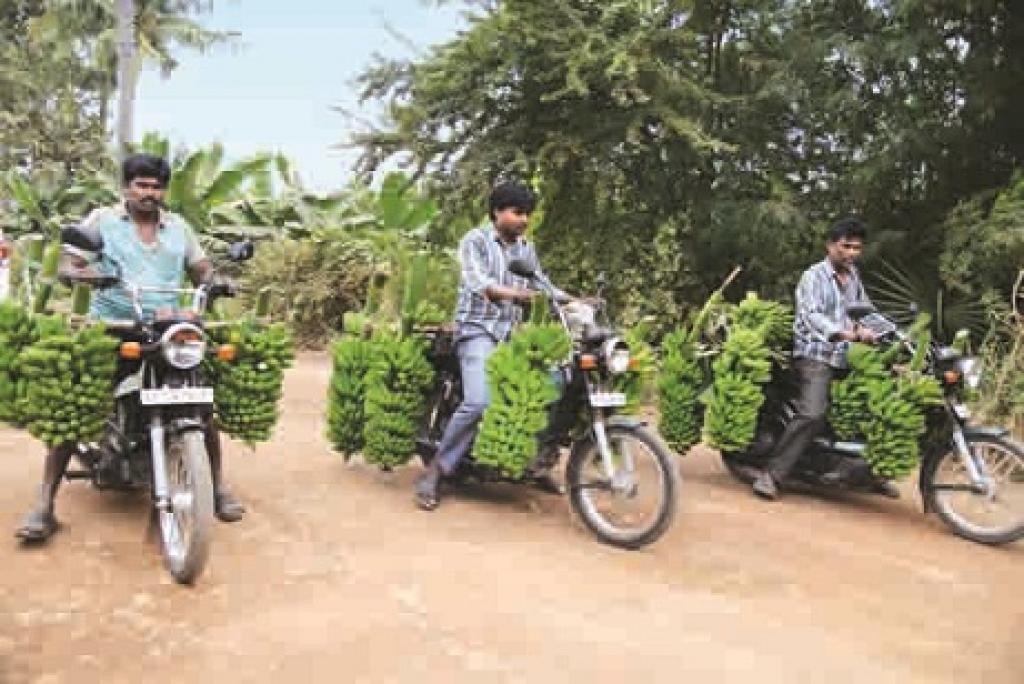 It is a popular perception that Andhra Pradesh Chief Minister N Chandrababau Naidu has been successful in convincing farmers to voluntarily surrender around 13,355 hectares of land to build Amaravati, the new capital city.

However, contrary to what is being claimed, 10,916 hectares have been collected as on August 20, 2015 under the Land Pooling Scheme (LPS). LPS was introduced as a policy on January 1, 2015 to acquire land for the capital city.

But the real issue is that of the farmers here. The claim being made that a majority of them handed over their lands willingly is an insult to them.

An interplay of three factors played a crucial role in this large-scale land grabbing. These are real estate speculation, the dominant caste factor that is the backbone of the Telugu Desam Party (TDP) in the region and the persistent blackmailing and intimidation of farmers. The latter is what the people call “mind game” by the government.

Once it was announced in the last week of December 2014 that the capital city’s location would be spread over 29 villages in Tullur, Tadepally and Mangalagiri mandals (revenue administrative divisions below the district level) in Guntur district, real estate speculators started raising the land value.

This created a big impact in Tullur area where traditionally lands have been cheaper, as only two crops are grown (mostly cotton and chillies) and the water table is 80-100 feet deep. Thus, the local resistance to land grab was minimal in this area.

Opposition to land poling was high in those villages where highly fertile lands, locally known as Jareebu lands, are located on the right bank of the Krishna river.

With the water table found only 15-20 feet deep, these lands are considered some of the most fertile ones in the country. About 120 varieties of crops are cultivated around the year on Jareebu lands and these constitute around 40 per cent of total lands needed to be pooled as per the government’s plan.

As part of LPS, the Andhra Pradesh government promised developed residential plots (with all the infrastructure like water, drainage, electricity laid) sized 836 square metres and commercial plots sized 167 square metres in less fertile areas of Guntur district and 376 square metres on Jareebu lands for every 0.404 hectare

As an incentive, farmers were also offered cash payment of Rs 30,000 to Rs 50,000 for every 0.404 hectares handed over to the government per annum for these two categories of lands for a period of 10 years with a 10 per cent hike every year.

In the light of the huge real estate speculation, farmers were promised that the plots they received would fetch them a huge amount of money, running into crores, once the new capital comes up.

They were told that this was far better than the small amount of money they would get as compensation if the lands were acquired legally.

Upper caste landowners, who forsook agriculture for leasing out lands in Tullur area, came forward early to offer their lands under the LPS. Once convinced that they were the biggest beneficiaries of LPS, they exerted pressure on small farmers. The majority of villages in the new capital city area fall under Tadikonda (SC reserved) assembly constituency which is held by the ruling party. The pro-government media also played a big role in popularising LPS.

Three significant developments strategically played out together in December 2014 and early January 2015 and provided the backdrop to the operation of LPS. These had a tremendous bearing on the reluctant farmers in the subsequent months.

First of all, the government brought the Andhra Pradesh Capital Regional Development Authority Act (APCRDA Act) into force with immediate effect on December 30, 2014, which authorised it to undertake a “voluntary land pooling system”.

Second, the controversial Land Ordinance was promulgated by the Government of India on December 31, 2014. The Andhra Pradesh government used it as a Damocles’ sword over the head of farmers to force them into joining the LPS. Changed provisions in the ordinance were relentlessly used by the government, the ruling party leaders, real estate speculators, and revenue officials to intimidate the farmers.

Thirdly, the police were sent to the villages on a regular basis from the first week of January. This gained momentum after an incident of burning of banana plantations and also, bundles of some other material on the morning of December 29, 2014.

The incident took place in six river-bank villages where resistance to LPS was high. Cases were booked against several activists of the Opposition party. It was widely believed that the burning episode was enacted by the ruling party as a strategy to send police into the villages.

From the time the idea of the new capital city took shape, the government’s attitude was aggressive and intimidating and it exhibited an urgency to ensure that the new city was built quickly.

Short deadlines were set to pressurise the farmers for speedy surrender of lands even before their implications were understood fully. The intention of those short deadlines may be understood by the fact that they were extended eight times till the Land Ordinance lapsed at the end of August. One revenue officer was appointed to each village to be constantly in touch with the farmers and pressurise them into joining LPS. The LPS rules were not made available in Telugu, the local language. Rumours were also spread that those village lands where farmers do not join LPS would be declared as “green belts” in the new capital city. To put it simply, the LPS as implemented by the Andhra Pradesh government in this area has been anti-small farmer, anti-poor and socially unjust.

The chief minister’s frequent visits to foreign countries to solicit international investors/governments also became a factor in the “mind game”—come what may, the lands would be taken over.

Within the first year of coming to power, the chief minister made two visits to Singapore (a third visit was made in this September) and one each to Japan, China and Davos. Teams of Singapore officials have visited the capital city area several times.

It is widely believed that the Land Ordinance was brought in by the Government of India with the sole intention of enabling the Andhra Pradesh chief minister to take over these highly-fertile lands.

Even by mid-May this year, the land pooled was only about 6,070 hectares. The Singapore team submitted a Capital Region Master Plan in May 2015. A Bhoomi Puja (ground-breaking ceremony) was performed for the new city on June 6, 2015 though the foundation stone is to be laid on October 22, 2015.

All these preparations were clearly aimed at pressuring the farmers. Re-promulgation of the ordinance three times enabled the state government to continue blackmailing the farmers. Had the ordinance lapsed after the winter session of Parliament, the whole farce of the so-called “voluntary pooling” would have collapsed like a pack of cards.

Now, that the Land Ordinance has lapsed, farmers are fiercely resisting the government’s attempts to acquire thousands of acres of lands, several times more than what is actually required, for two ports at Machilipatnam and Bhavanapadu and two airports at Bhogapuram and Kuppam.

C Ramachandraiah is a social scientist based in Hyderabad