Poverty is not to be relished as a visual prop, or an object of aesthetic appeasement—immunising us to “a new normal” of indifference 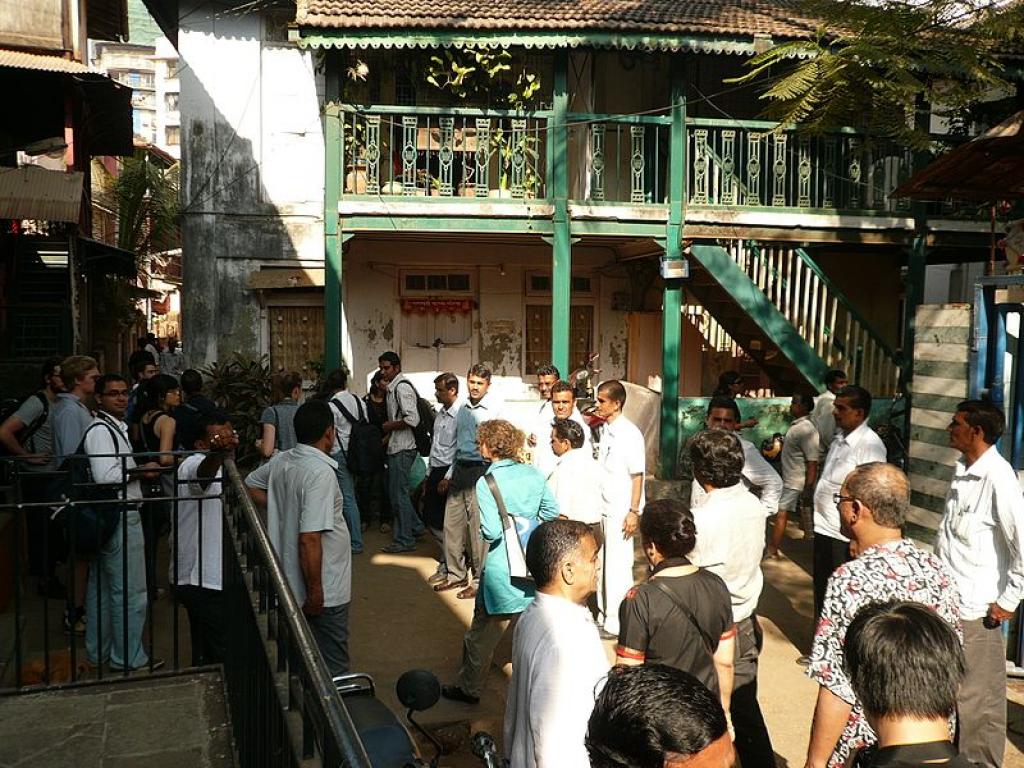 A few days before the world commemorated the International Day of Poverty Eradication on October 17 this year, statistics came out on two key fronts—the Human Capital Index and Global Hunger Index. India stood 103rd (out of 119 countries) on the Global Hunger Index, according to Welthungerhilfe and Concern Worldwide; and 115th (out of 157 countries) on the Human Capital Index, according to the World Bank, 2018.

These rankings reflect a picture alienated from justice, development, and equality when seen together with news of hunger deaths or the recent “slum hotel tours” and present internal contradictions that require introspection and reflection.

Consider, for instance, the latest buzz around slum hotels in Mumbai, where poverty can be “experienced for real” with makeshift air-conditioned rooms, and TV. The concept of slum tourism originated with “slumming” in the 19th century. More contemporarily, classified as “poverty” or “famine tourism”, it best propagates an industry that infantilises “poverty” and its related social, cultural, and economic underpinnings. While some such tours run by private travel agencies, boast of how these are “participatory methods” of encouraging local tourism and diversifying incomes; the methodology ignores the moral and social ethics of the problem.

For instance, reducing poverty to a leisurely escapade reeks of a sense of detachment we exercise as a collective, with a minimalistic conscience devoid of sensitivity; eventually, reinstating binaries of the “included” and “excluded”, legitimising the apartheid between these, and caricaturing the existence of people, who don’t inherit, or could acquire a dignified living. In the light of glaring inequalities that characterise slums, therefore, such participation may be classified as voyeuristic and invasive. Such commercialisation of poverty ballooning into a lucrative industry—doesn’t bode well for either poverty alleviation approaches or the ethical and moral norms of society.

Consider, for instance, the recent “Dreaming Food” series essayed by an Italian photographer, Alessio Mamo, whose pictures exhibited children with eyes covered in front of fake food. Lampooning harsh realities of malnourishment and hunger in the states of Uttar Pradesh and Madhya Pradesh (which is where the pictures had been taken, previously) reeks of a cocooned and confined understanding of the broader malaise impoverishing communities. India has the largest number of malnourished children in the world, according to Down to Earth (2018), and the reportage on hunger deaths should question our sense of conscience and responsibility. While the concerned photographer issued an apology later, tourism at the cost of the poor has picked up in all its obnoxious vulgarity in the under-developed regions of the world.

One can refer to anecdotal referrals in popular culture and literature tools to historically understand this indifference. For instance, in 1984, a movie “Kamla” directed by Jagmohan Mundra and written by Vijay Tendulkar essayed the plight of a tribal woman who was “presented” at a press conference by a journalist, to expose the realities of flesh trade in India, back in the day. One particular scene in the movie inspired from a real incident captures such an “exhibitionist approach” where the concerned journalist exhibits the tribal woman to an unknown audience to expose realities of the flesh trade in India. Even though the movie was written to reveal the gross injustice meted out to women and to highlight the issue of flesh trade, the particular scene in question depicts the disconnect of the high and mighty of the cocktail circuits—from the problems that need a more empathic interface.

It is also worth remembering anecdotes from the moving account of “Nero’s Guests (2009)”, a documentary by Deepa Bhatia, which in addition to the nonchalance of the elite; shows our indifference to farm crisis and the consequent “lack of humanity”, as P Sainath has put it, in several of his lectures. The title of the movie sums up the apathy of those enjoying and reveling through voluntary participation during Nero’s parties (Nero, an emperor in ancient Rome). According to various accounts, Nero would invite guests to his parties and have them privy to his methods of ostentatious revelry. For instance, one way to adorn his parties was the way he’d illuminate the gardens by setting men alight (as reported by David Leafe in the Daily Mail UK, 2009, and a separate report in Eco Walk the Talk, 2011). What saddens the likes of Bhatia and Sainath, in addition to Nero’s cruelty, is the indifference of Nero’s guests—who would remain unmoved by the injustice, inequality, and insensitivity meted out to those surrounding them (Eco Walk the Talk, 2011).

Recently, a report by Al Jazeera (2018), reported how residents of Kiberia expressed “they weren’t wildlife” and why “Kiberia was not a national park.” Kibera is the largest slum in Kenya, and has drawn severe flak over the years for the aptly put “famine tourism”, akin to favela tours in Brazil.

Back home, the “now” banned tribal tourism of the Andamans received heavy criticism for having infantilised the Jarawa tribe, reducing the indigenous community to mere objects of entertainment and leisure, simultaneously threatening the region’s biodiversity and ecology.

Similarly, experiences organised in Dharavi slums by a few tour agencies deprive communities of their right to privacy, bereft of any empathy, or concern. It also promotes criminalisation of a different sense—that of a crisis in humanitarianism and compassion, as these adventures merely sell the disadvantaged as products of momentary consumption, or at best,“props” that finance the solace of the nouveau riche.

It is worth remembering that such poverty excursions build on spectacles. For instance, according to a report by Bob Ma (University of Pennsylvania, 2010), “Reality Tours and Travels”, in Dharavi, Mumbai reported an increase in 25 percent of its business after the release of the movie “Slumdog Millionaire” (2009), as reported by the WorldhumWenes (2009).

Such momentary nomadism often witnesses a trend where curiosity precedes concern speaking of an ersatz venture, eclipsing reality. According to UN-Habitat, 24 percent of the world's urban population lives in slums, and by 2030, about 3 billion would require housing. It is important to remember that slums are epicentres of resources, with a thriving informal industry, absorbing most of the informal sector workforce in cities. A recent study by the International Labour Organization revealed around 81 percent of the workforce in India contributes to the informal economy, which makes it even more important for policymakers, journalists, and the society at large to address the social, cultural, and economic issues.

For instance, according to Census 2011, 65 million people have been living in slums in India. While ethnography in research encourages extended field experiences with communities; ethics in research and developmental sciences should step in before we foray into studying slum economies and concerns of dignified livelihoods.

To conclude, therefore, one must remember that in addition to developing interventions to address poverty, an established “status quo” which is accentuated by a top-down approach administered by the urban elite requires to be addressed. This status quo ensures that such binaries and inequalities sustain, which in turn results in the continued commercialisation of poverty. It is unethical to view the peripheral regions of the world as mere tourist spots meant for “human safaris”.

Poverty, therefore, is not supposed to be relished as a visual prop, or an object of aesthetic appeasement—immunising us to “a new normal” of indifference. Our conscience should question such graphic visualisation of poverty which has reduced it to a mere “artefact” of consumption. The answer is in inculcating values of empathy, minimising consumerism, and consequently, decolonising mindsets by enabling people to be active participants than occasional spectators in the discourses.