Punjab Assembly Elections 2022: Dalit votes matter, but what about their issues

Punjab’s political parties have hardly focussed on addressing issues of the state’s landless rural Dalits and the cateism the community suffers from; will there be a change this time 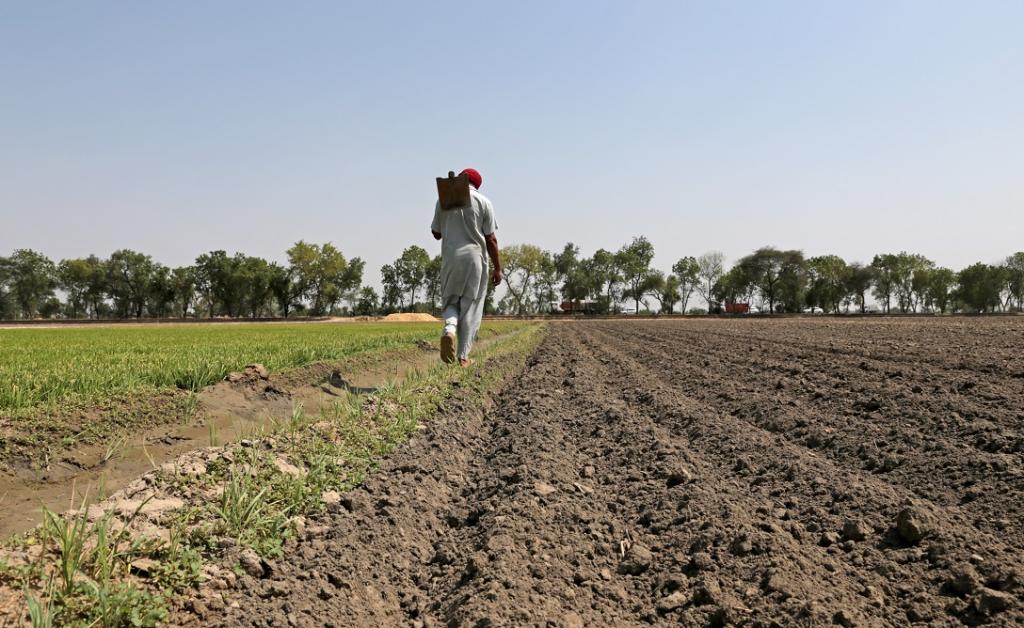 Dalits seem to be much in demand in the multi-cornered forthcoming Assembly elections and are at the centre stage of Punjab politics at the moment.

Dalit voters are valuable for all mainstream political parties. They constitute 32 per cent of the total population in Punjab, the highest in India. Hence, their existence as a vote bank cannot be ignored and politicians across political parties are busy mobilising them for support.

Dalits have been active in political participation. But their presence in the formal political space is negligible despite all affirmative actions like reservation.

Punjab is yet to see the emergence of strong political leaderships among Dalits across political parties. This is due to the absence of political consolidation and empowerment of the community.

Two recent events in Punjab may consolidate Dalit votes in the state that are otherwise scattered.

One, for the first time in the history of Punjab politics, a person from a Scheduled Caste (SC) was declared chief minister in a region which is otherwise dominated by Jat Sikhs, the landed agricultural community.

It may be recalled that all 15 chief ministers of Punjab after 1966, barring Zail Singh (a Ramgarhia Sikh), have been Jat Sikhs. In fact, Dalit politics in the state witnessed a new dynamic with the BJP’s announcement last year that it would appoint an SC chief minister if it came to power.

This was quickly followed by a promise made by the Shiromani Akali Dal when it  announced that it would appoint a deputy chief minister from the community if voted to power. Five months later, the Congress was quick to appoint a Dalit Sikh chief minister in Punjab.

The second important development has been the postponement of elections by six days in Punjab by the Election Commission of India in the wake of Guru Ravidass Jayanti.

This is because a large number of devotees visit Varanasi, the birth place of the Guru, during this period. This has to be seen as a reiteration of strong influence of the ‘Deras’ (hospices) in the political realm of the state and a reinforcement of collective Dalit identity.

Deras are an integral part of the social set up of Punjab and have a strong hold on Dalit votes in the state. They are present in nearly every village of Punjab.

They not only play a role in the region’s religious and cultural sphere but also influence the politics in all the three regions — Majha, Malwa and Doaba.

Deras emerged as an alternative socio-culture space for the marginalised communities of Punjab, who have been at the receiving end of caste discrimination and atrocities for generations.

Deras have their distinctive identities. It is difficult to say how they will articulate their political preference since they claim that they do not align themselves with any political party.

But at the same time, since they have large numbers of followers behind them, Dera heads tend to wield indirect political power.

This is the reason that during elections in Punjab, leaders of all political parties pay their respects to different Deras. For instance, Chief Minister Charanjit Singh Channi, who is from the Ravidassia sub-caste among Dalits, might be able manage support of Ravidass Deras by this logic.

Dalits by themselves are not a homogenous community. They are a divided house in the complex political matrix of Punjab. According to a 2018 report by the Ministry of Social justice and Empowerment, there are 39 sub-castes among Dalits in Punjab.

Dalits are also a divided lot ideologically as their preferences for political parties are varied. Politically, they have divided loyalties.

As far as the demographic spread in the region is concerned, it is uneven, with 37 per cent in Doaba, 31 per cent in Malwa and 29 per cent in Majha. However, in absolute numbers, Malwa has the highest Dalit population.

There are variations within the community, as far as their economic condition is concerned. For instance, the Mazhabi Sikhs, who constitute  nearly one-third of the Dalit population in Punjab, are primarily dependent on agriculture, which, in any case, is limited.

Mazhabis are found primarily in Malwa and Majha and most are landless agricultural workers and generally live in poor economic conditions. They are dependent on Jat Sikhs for their livelihoods due to their relatively low educational status.

They, in fact, constitute 40 per cent of the total Dalit population and include castes like Chamars, Ad Dharmis, Ramdassias and Ravidassias. These groups have prospered over a period of time due to overseas migration and better education.

Given the differences within the Dalits in Punjab, their issues are also not uniform. For instance, landless Dalits in Punjab are asserting their rights to village commons agricultural land (shamlat).

Dalit farmers have legal rights to village commons land according to the Punjab Village Common Lands (Regulation) Act, 1964, which reserved 33 per cent of shamlat land for Scheduled Castes (SCs).

But Dalits have been denied access to these lands by big landlords through fraudulent means.

They are also subjected to various atrocities like denial of drinking water and healthcare facilities, denial of entry to fields to procure fodder and at times, have also experienced social boycott, murder and rape.

In response, there is a silent revolution going on in the rural areas of Punjab where Dalit collective mobilisations around land is taking by forming collectives and creating new solidarities, spearheaded by various unions such as the Zameen Prapti Sangharsh Samiti (ZPSC) and others.

Political parties and their leaders are interested in Dalit votes. But unfortunately, they miss out on ground realities and the diverse issues affecting them.

Merely announcing welfare schemes would not address the deep-seated issues at the local level. That the incumbent chief minister of the state is a Dalit has no doubt has created a sense of dignity and pride among them.

But that is not sufficient to ensure their total support for the forthcoming Assembly elections. No doubt, keeping elections in mind, Channi was quick to announce a few initiatives like regularising the services of nearly four thousand sweepers in the state.

But to what extent he will able to address their diverse issues, particularly in the rural areas, remains to be seen. He is looked upon more as an urban, educated man by the rural landless poor, even though he claims to be an Aam Aadmi or common man.

The speculation that with a Dalit chief minister, the Congress may be able to moblilise a significant number of Dalit votes, is difficult to predict in the complext political terrain.