On the third Sampurna Vimukti Diwas, to mark Mahasweta Devi's birth anniversary, we reproduce this blog on Constitutional protection to Nomadic, Semi-Nomadic and Denotified Tribes 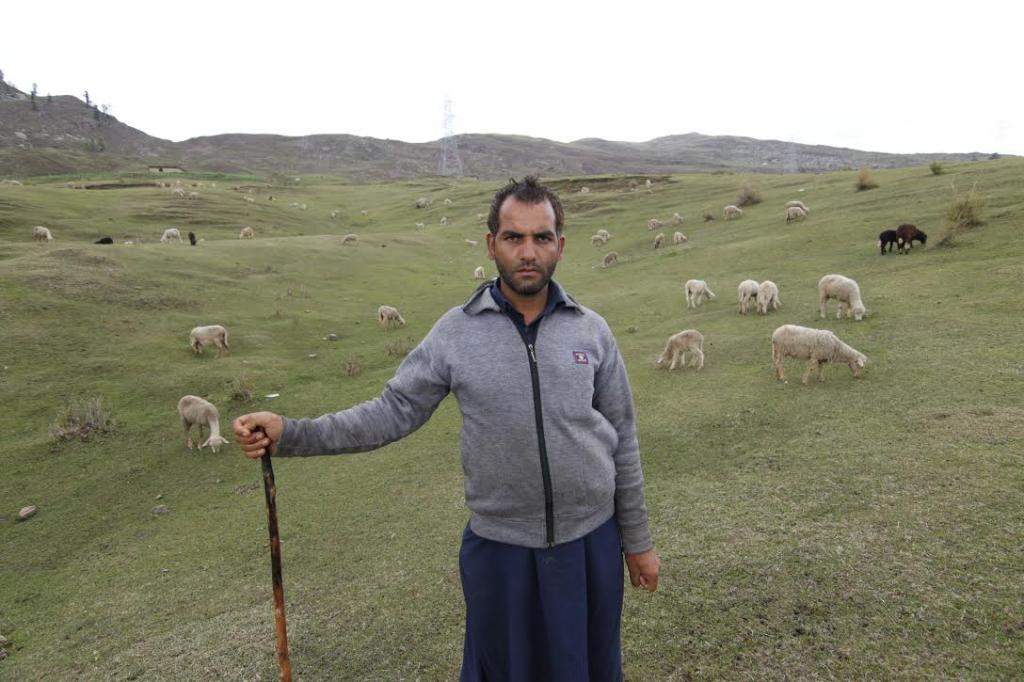 A Bakarwal man. The Bakarwals are a pastoral, semi-nomadic tribe from Jammu and Kashmir Credit: Ishani Kasera

The Union Ministry of Social Justice and Empowerment has recently invited comments from 22 ministries, commissions, and government think tanks on the recommendations of the National Commission for De-Notified, Nomadic and Semi- Nomadic Tribes (DNTs/ NTs/ SNTs).

The Commission, headed by Bhiku Ramji Idate, had submitted its report to the ministry in January this year. In the report, it had made a total of 20 recommendations, the most prominent of which is that these three communities be recognised as Scheduled. A separate schedule would pave the way for bringing them under the cover of reservation in jobs and education and the protection of Prevention of Atrocities Act.

It is a step in the right direction for, as the report said, these three groups are among the “most deprived” in India. But that leads to the question: Who are these people?

De-Notified Tribes (DNTs) are communities which were “notified” as “born criminal” by the British Government due to specific administrative as well as law and order reasons. This was done under a series of laws starting with the Criminal Tribes Act, 1871.  After Independence, the Act was repealed in 1952, and the communities were “de-notified”, hence the name de-notified tribes.

Nomadic Tribes (NTs) are communities that do not have a fixed home and keep on moving from one place to another. They may have a story of their origin, the place where they lived before journeying eternally, but they do not have a place to return after travelling for their livelihood.

Semi- Nomadic Tribes (SNTs) are “partial nomads”.  They have fixed habitations to which they return once in a year, or when their occupational activities are expected to cease for a while.

These traditional occupations followed by the DNTs/NTs/ SNTs are vanishing fast. A major reason is the promulgation of new laws that targeted these people’s occupations. These laws include Prevention of Beggary Act (1959), Wild Life Protection Act (1972), Prevention of Cruelty to Animals Act (1960), Environment Protection and Biodiversity Conservation Act (1999), Development of Irrigation System and Related Acts, Excise Act (1944), Drugs and Magic Remedies Act (1954), Prohibition Act and Cow Protection Act. Besides, industrialisation and automisation, the development of technology in the field of entertainment and the rise of building contractors have also contributed to their dispossession. Without their traditional occupations, these people have resorted to begging; rag picking and waste collection, prostitution, child labour, street vending, and unorganized labour.

Given their past, police generally treat the DNTs/NTs/ SNTs as criminals. They are falsely implicated in criminal cases and are restricted from moving in pursuit of their occupations. They are also victims of social discrimination by other castes, generally not permitted to stay permanently in villages, be allotted a piece of land for their settlement in villages and humiliated by sedentarised and established sections in the society.

The DNTs/NTs/ SNTs suffer from extreme poverty, landlessness, illiteracy and homelessness. They live in slums both, in urban and rural areas and have no civic amenities like drinking water, electricity and toilets, no ration card, BPL card, job card, voter identity card and caste. Their poor socio-economic conditions are hindering their growth and progress in the country.

Some of the nomadic communities included in the Scheduled Castes (SCs) and Scheduled Tribes (STs) in Odisha are decreasing in population (As per the Censuses of 2001, 1991 and 1981).

The DNTs/NTs/ SNTs irrespective of their backward categories (SCs, STs and OBCs) are humiliated by the people from sedentarised and established sections of society. Sometimes, they are even humiliated by people from the backward categories other than DNTs, as they are carriers of social stigma. In this situation, effective and efficient implementation of the development policies and programmes is very important. Hence, DNTs need to be given a separate constitutional status, support and security (Right to Life) to bring them into mainstream society speedily.